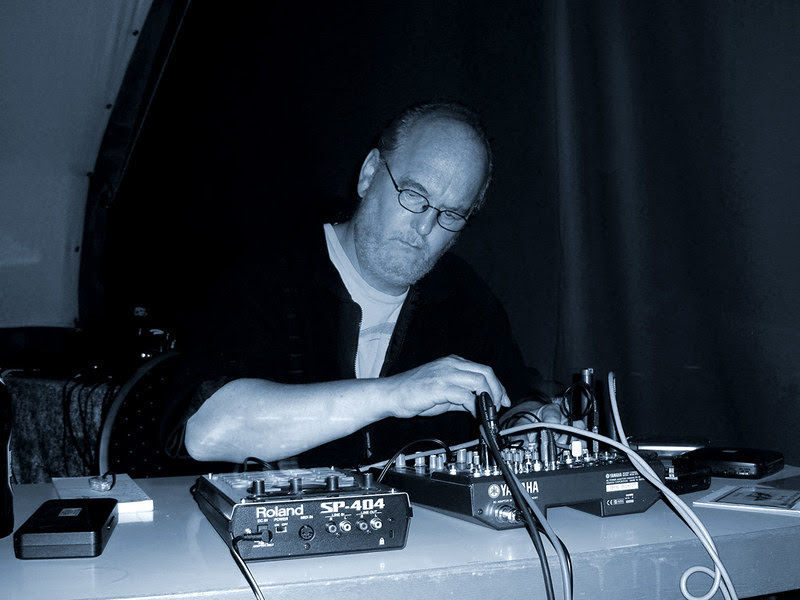 Was browsing the internet the other day and came across a review of the Epicurean Escapism Festival that took place last month in Berlin. Problem being the review was written in German, so I got in touch with Stefan Hanser (The curator of the event) and asked what the review said. Stefan said that the guy liked the dense and intense wall of sound I created, but didn't like my stage antics! Stefan also mentioned that the review did not "google translate" very well as the guy / reviewer wrote in a surreal style. Ahhh, Google Translate - I didn't think of that ... so here is the review courtesy of Google Translate.

After a short break we continued with DIETER toil, which - as it is now dealing here with a one-man project, you can probably remain in good conscience in the singular - to me up to this point only by name a - fairly fuzzy - term was. And I must confess that even now the following appearance rather insignificant motivated me to look me in the future closer with the project. Well, the proffered Drone Noise-dark-ambient-mix was quite intense, full of the sound, and it piled up decent sound walls before and around the listener on, still the matter of my taste was a little shapeless, and the convenient watch sitting on the stage at his desk, graying Lord in turning knobs, the fascination factor increased only marginally. - Long story short: I can very well imagine that like white to tie in the domestic environment, this unfortunately managed to live less well. Is not excluded, however, that to me has simply been a lack of one's own ignorance DIETER familiarity with the work of toil in the way.

I am graying lord in turning knobs .. I like it, a term i shall happily carry with me. For the German review go to www.nonpop.de and search for Epicurean Escapism. The CD/DVD release is gathering positive reviews too.