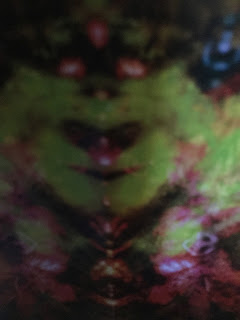 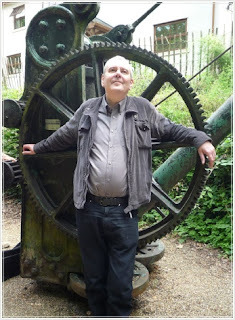 On Friday 26th September 2014 the lovable polymath known to us as John Several (aka. John ‘Evil E’ Everall) sadly passed away just 10 weeks after being diagnosed with terminal cancer.
John made a significant contribution to the creation, promotion & sharing of emerging new sounds. From his early experimental noise compositions with tape loops/tone generator and the fanzine ‘Spreading the Virus’, John  continued to approach the avant-garde with a punk ethos. As the boss of Sentrax Corporation, gig promoter and writer for MFTEQ, The Wire, etc. he  demonstrated a selfless generosity and enthusiasm for bringing unknown sounds & unrecognised people together.

This broadcast is dedicated to John. I feel honoured to have counted John as a good friend. I know him for around 10 - 11 years after being introduced at one of his Harcourt Road gatherings in 1989. The last time I saw John was on millennium eve at a party hosted by Martin Cooper. (Mr. O'Bollocks). I seem to remember John was dressed as a rabbit, a giant Harvey moving between rooms dispensing wit and wisdom and dispensing of any alcohol that was left on surfaces … I was on a mixture of cocaine, ecstasy and hash that night hugging a litre bottle of home mixed vodka and coca-cola so of course none of this may have happened …..
Like all good friends who "disappear" I thought about John, wondered about him … his whereabouts and activity. Rumours came through … Tactile releases happened … John seemed to OK, and then I played a gig in 2012 at The Chameleon Arts Centre in Nottingham and was given a piece of paper with John's phone number on it. 12 years after we last spoke telephone conversations became a regularity, phone calls that would last for at least an hour. John was enthusiastic, restarting Sentrax Corporation and Tactile.
The last time I spoke to John was in July 2014. I miss him, and so this programme is for him and the time we spent together. There are some Tactile pieces as well as Blind Amongst The Flowers, a band John played bass guitar for in the late 1980's. The Soviet France piece comes from the "What Is Not True" CD and was recorded at Nottingham Old Vic in 1993, a gig that John and his (then) partner Teresa organised. Lull were support. There are records that we used to shout over and jump about to when we had evenings around his place in Worcester Road (Woodthorpe) and some sounds from his friends.

Please copy & paste : https://www.mixcloud.com/muhsteve/muhmur-radio-soundart-radio-17092015/ and feel free to comment. Next broadcast is on October 1 at 20:00 (gmt) and will feature a special 70+ minute mix by Thomas Ekelund of Belaten / Trepaneringsritualen. 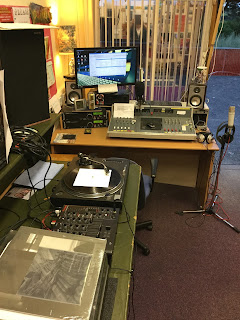 Back to broadcasting on a Thursday evening after the Bank Holiday (Harbinger Sound) special. I included the Zoviet*France & Fossil Aerosol Mining Project track that came as a download with the "Flexible Pooling" 7" Flexi disc as well as the John Duncan piece "Stay Alive" from the new Phantom Plastics 7" Flexi on Gerauschmanufaktur Records. Also included the mammoth "War Has Come Home" piece. A piece based around the events of 9/11 and its' aftermath.
Copy + Paste : https://www.mixcloud.com/muhsteve/muhmur-radio-soundart-fm-broadcast-03092015/