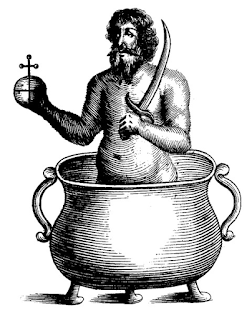 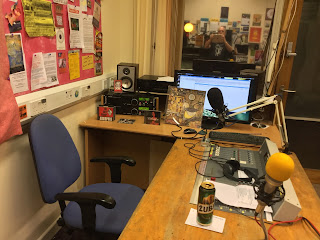 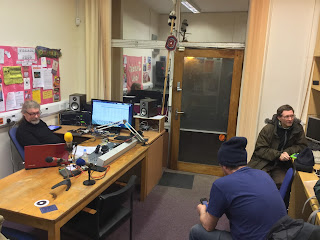 Sorry for the delay in writing this. There are excuses like soon after the radio programme I went to London to play a gig with Vicky Langan & Aaron Dilloway and as soon as I got back it was straight into work and early evenings, but these are only excuses and I do apologise.

It was because I was going to London to be part of the Aaron Dilloway Residency at Cafe OTO I decided to build a playlist of tracks by groups / artists / projects that I (as Dieter Müh) have supported or shared the bill (and rider).

The SSHE Retina Stimulants track comes from the unreleased compilation LP "Standing Still Like A Hummingbird" that was to be released in 2000 by Harbinger Sound.
Next broadcast is on March 31 and will feature unheard demos from Appliance.

Pictures:
01: Alchemy.
02: Preparing.
03: The following programme "Honey For Your Ears" starts up - it's all on his laptop y'know … Dave and Nathan look on. 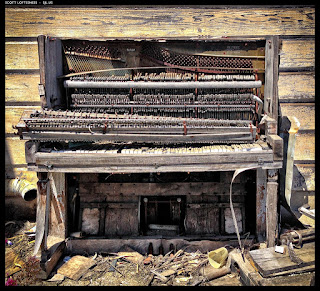 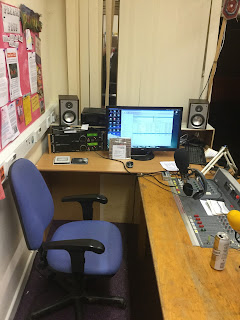 This broadcast features some work in progress and unreleased material from Bristol based artist Daniel Bennett. A few weeks ago I bought the Daniel Bennett and Stephen Cornford album "Fellfield Draff" on Hideous Replica and immediately recognised it as a classic so I got in touch with Daniel. He has quite a cannon of work available including his work in Hunting Lodge (the UK version) and Xulsigiae and his solo project Skjølbrot. All information is here:
https://www.discogs.com/artist/826151-Dan-Bennett-2