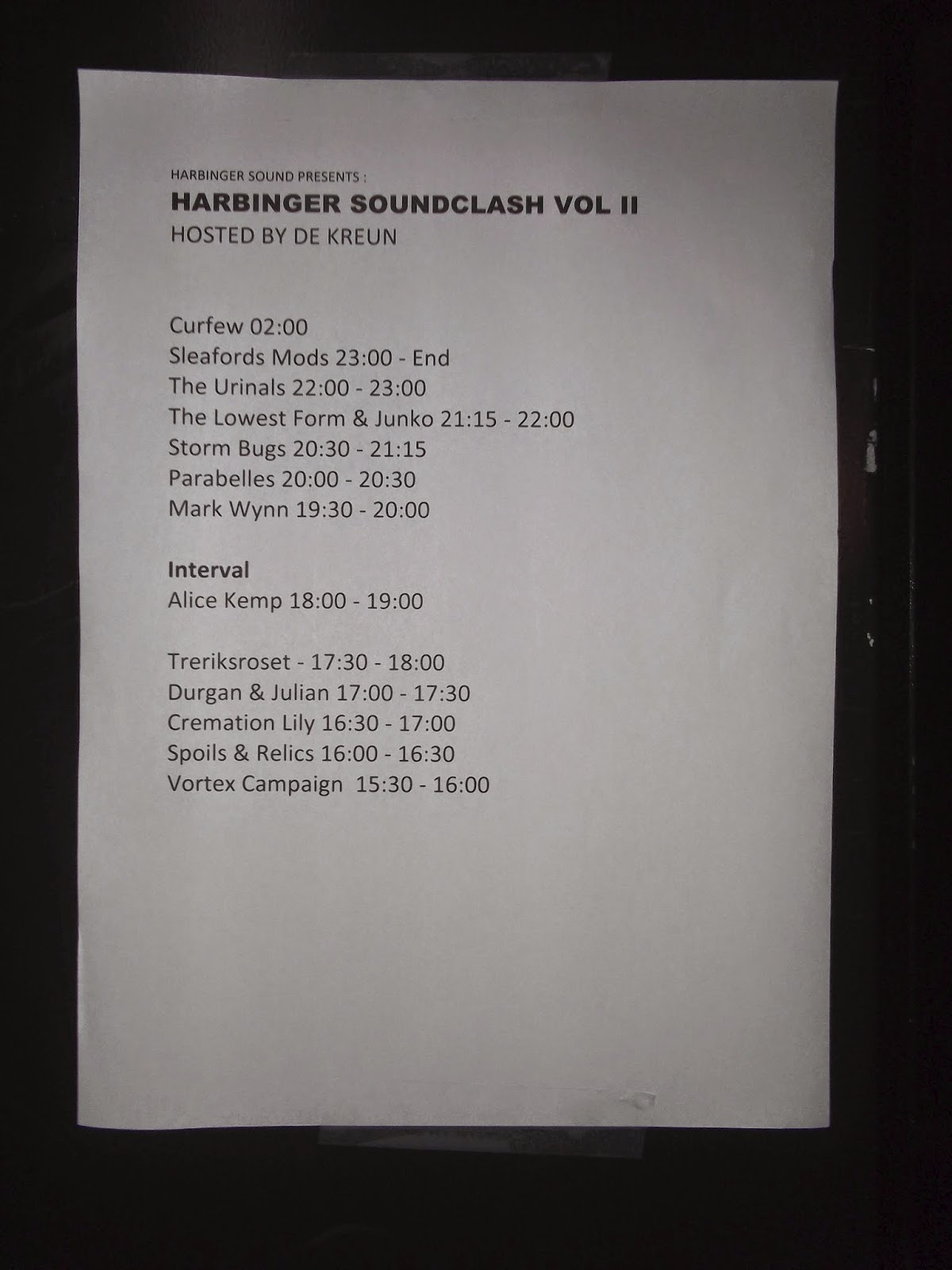 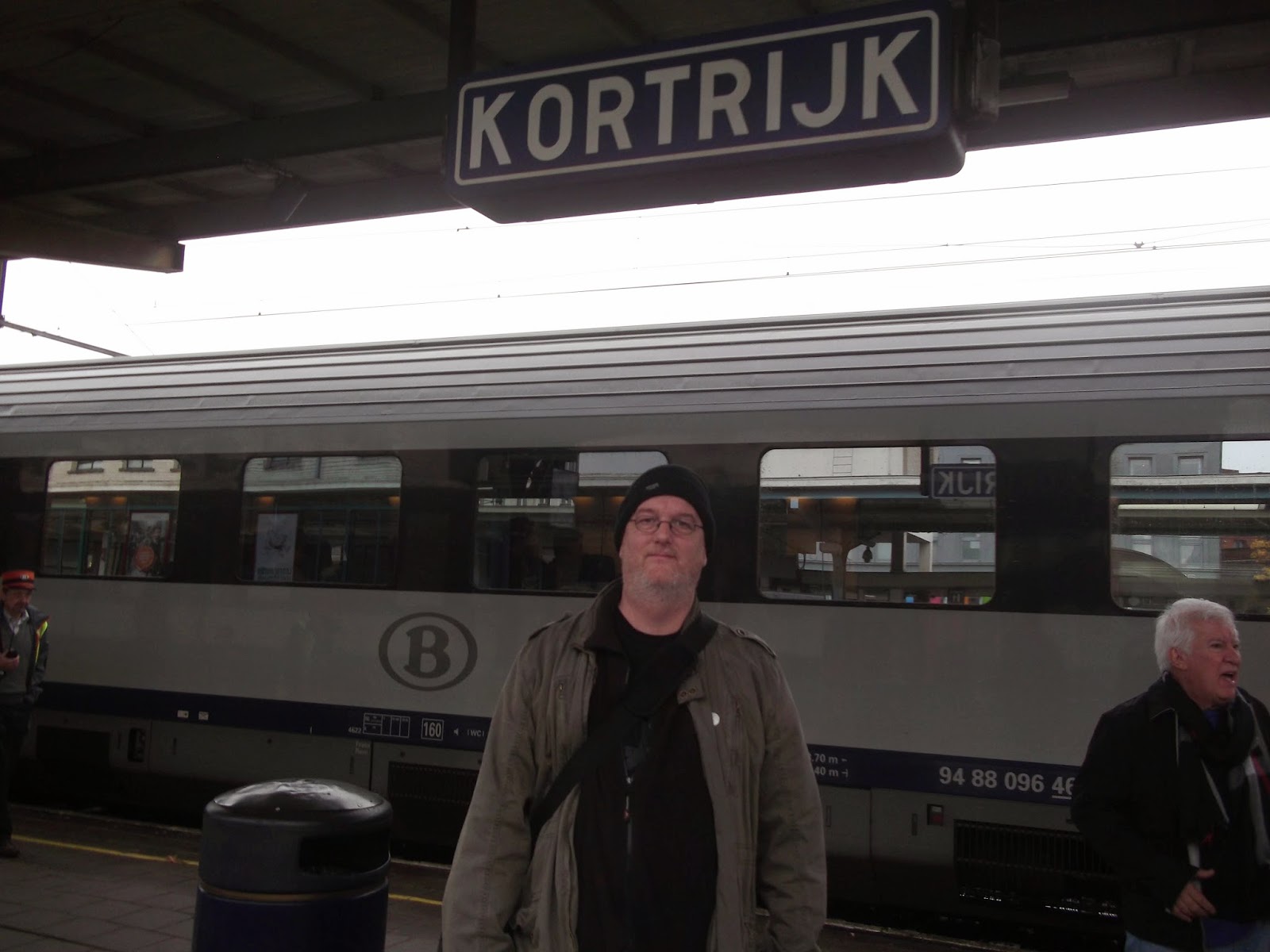 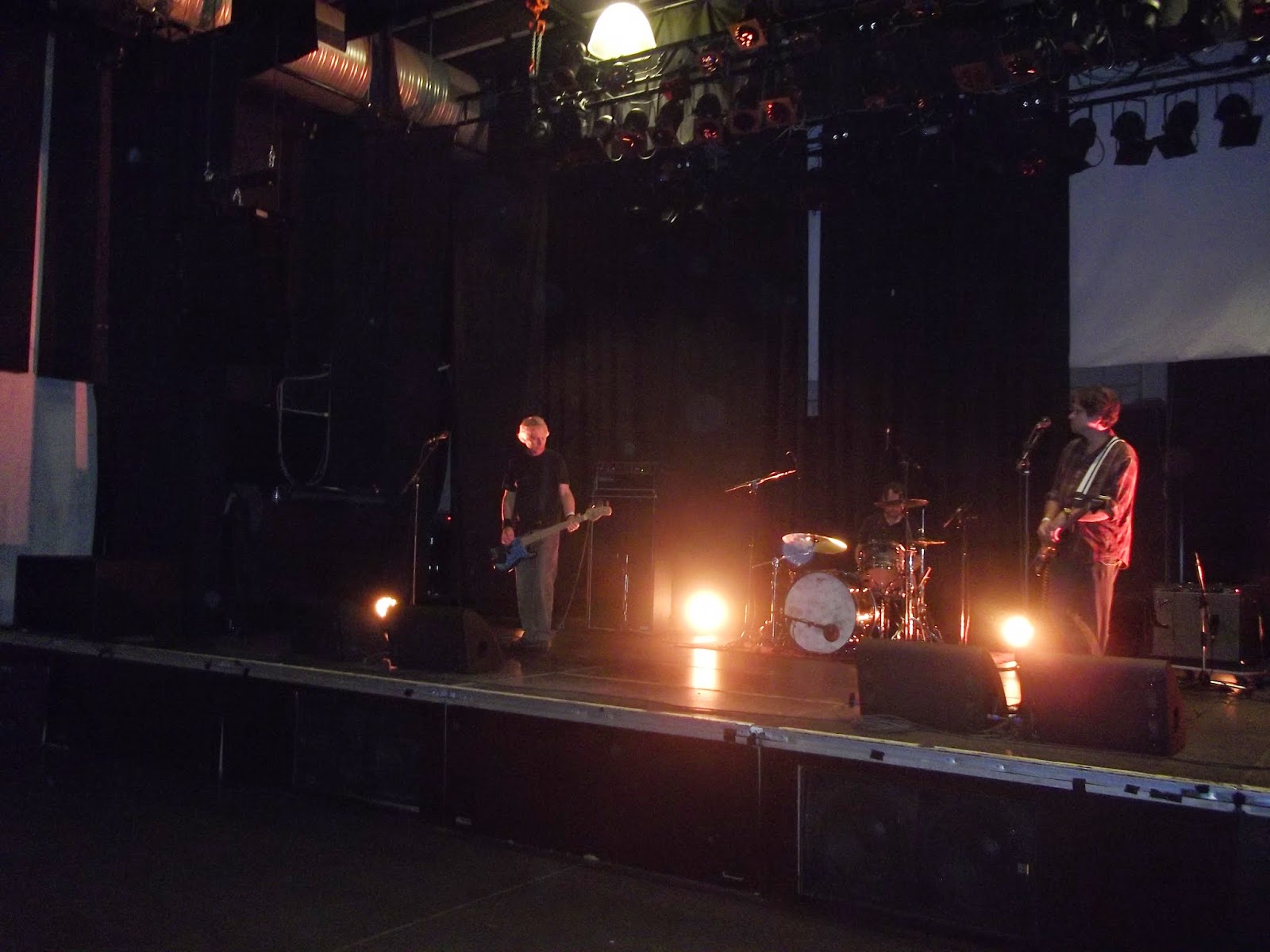 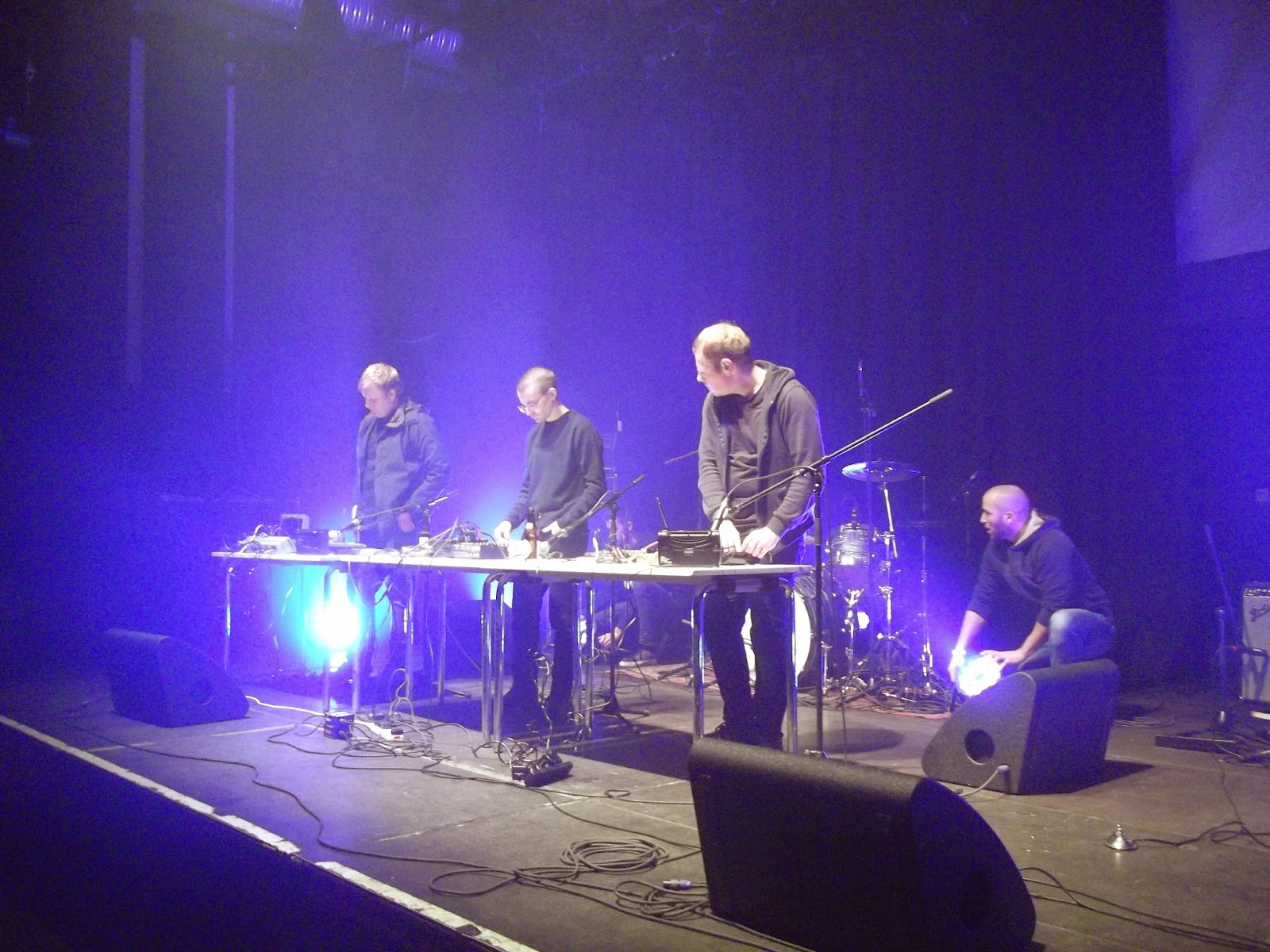 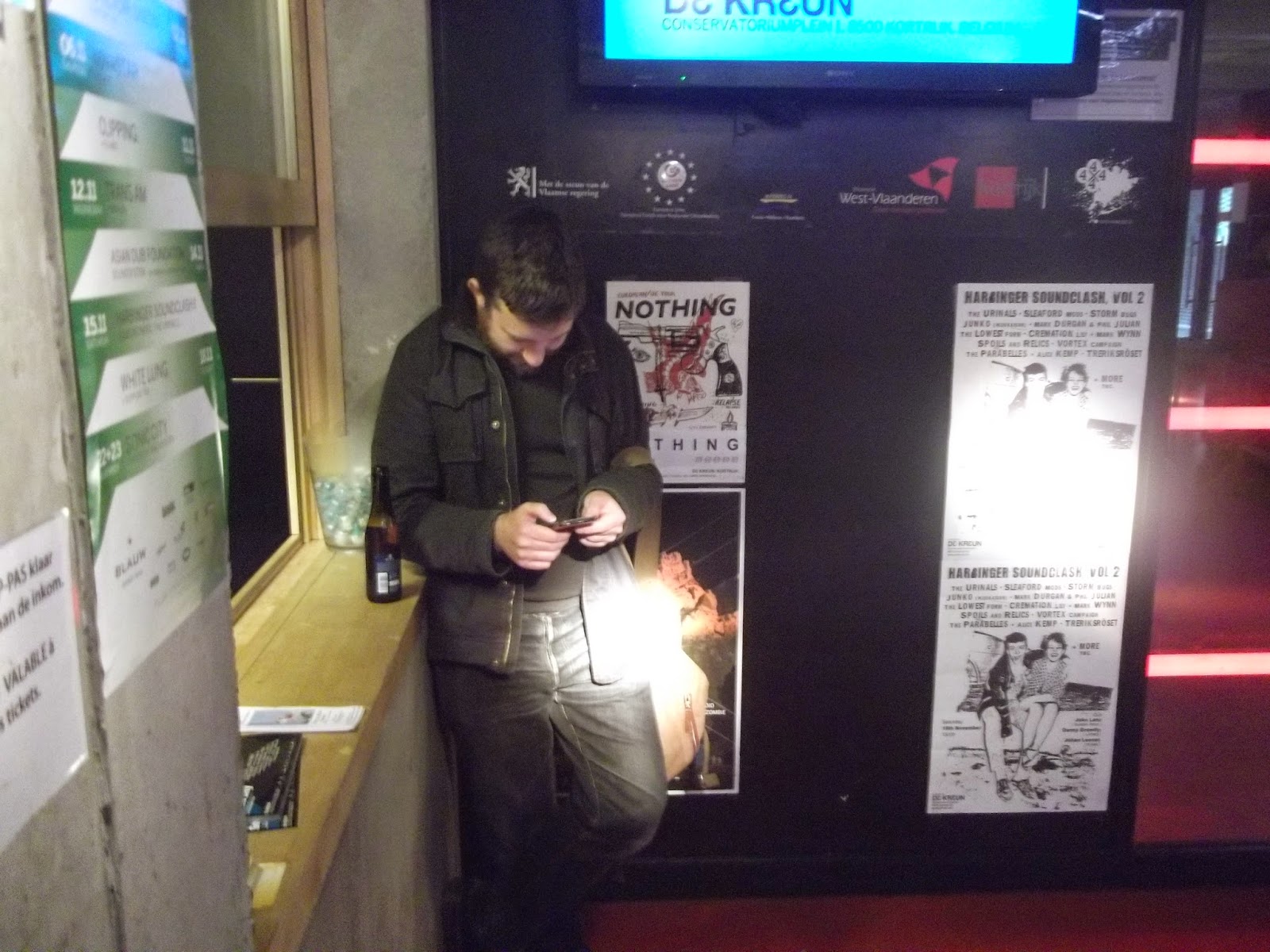 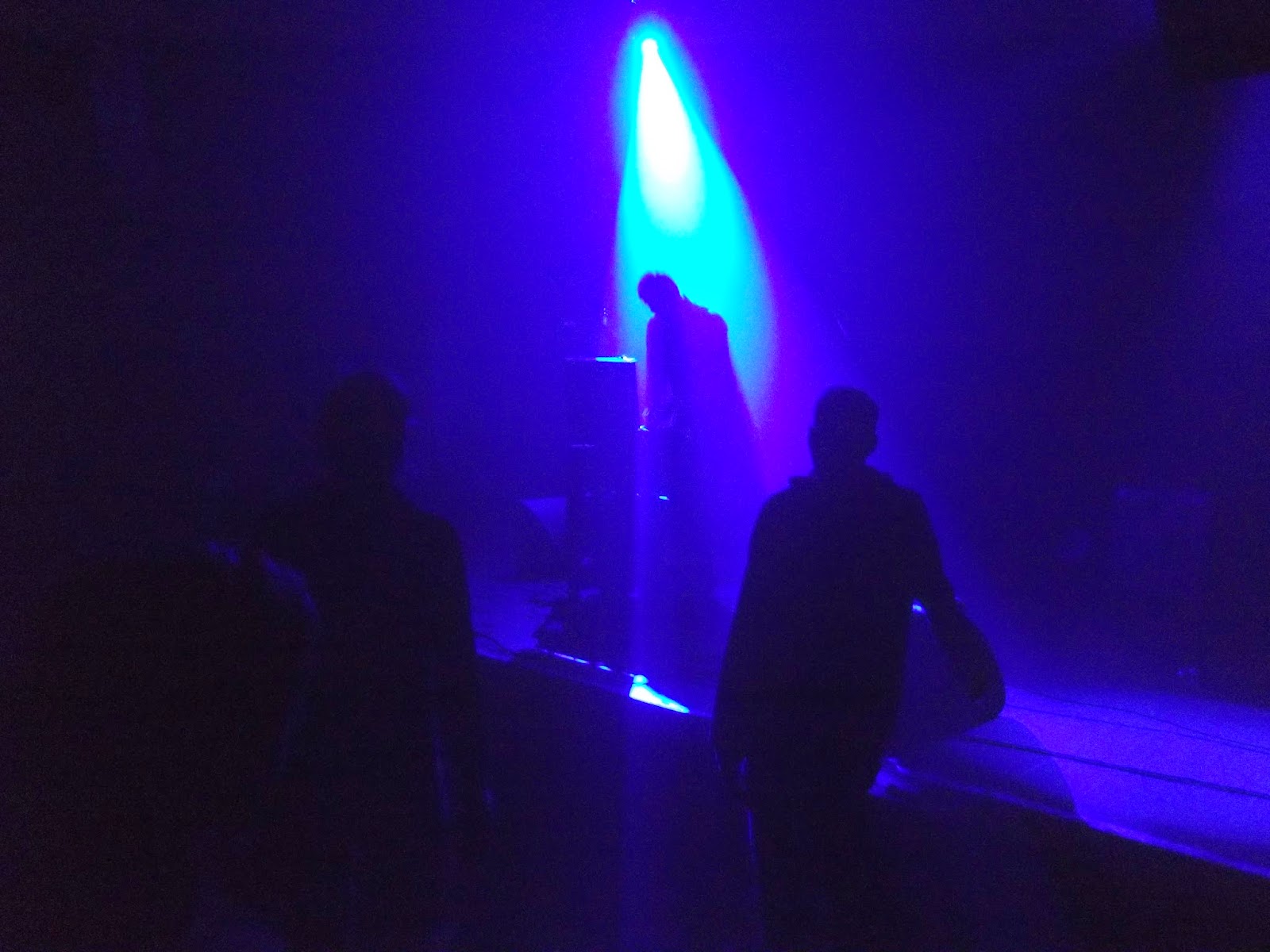 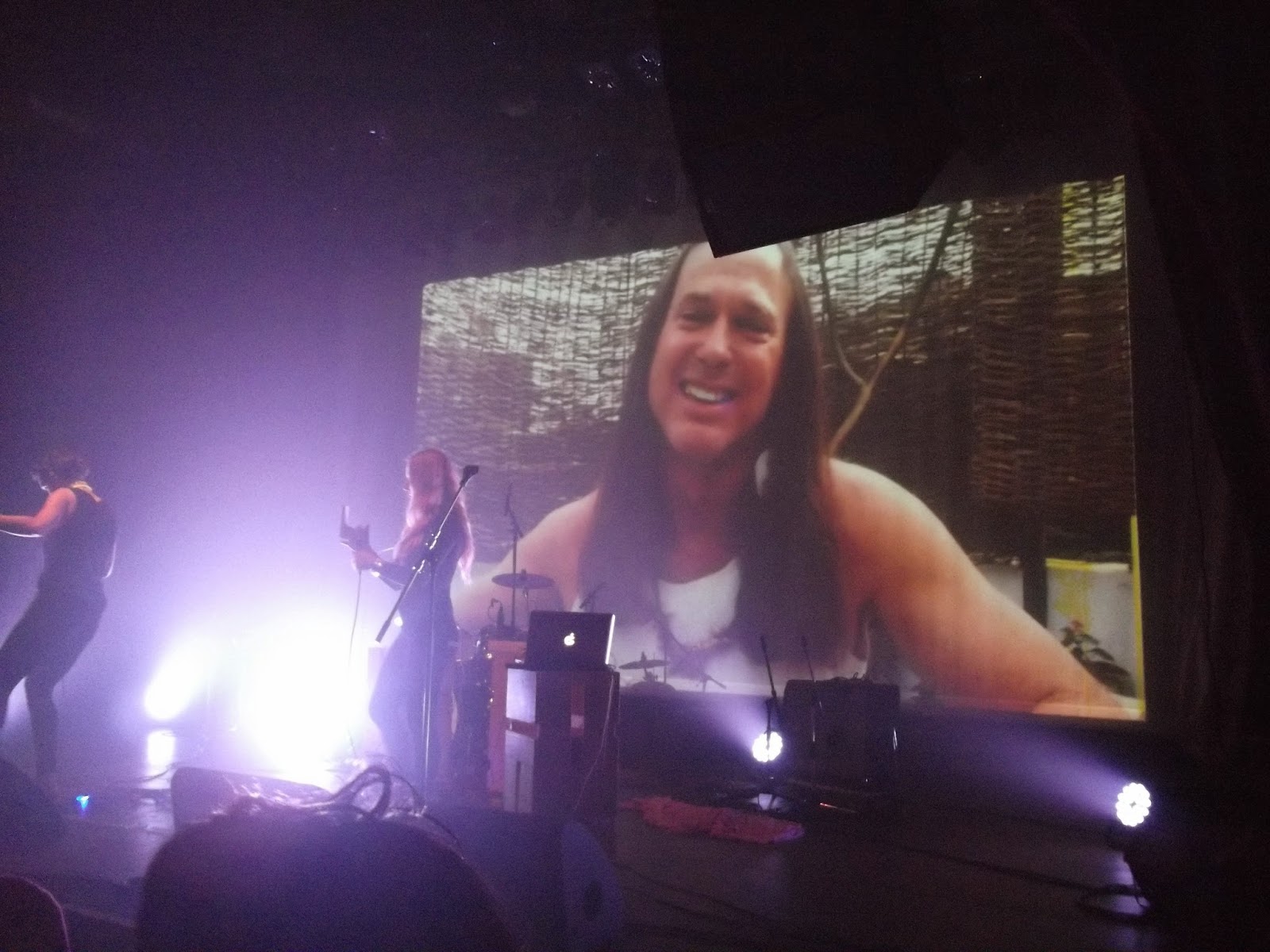 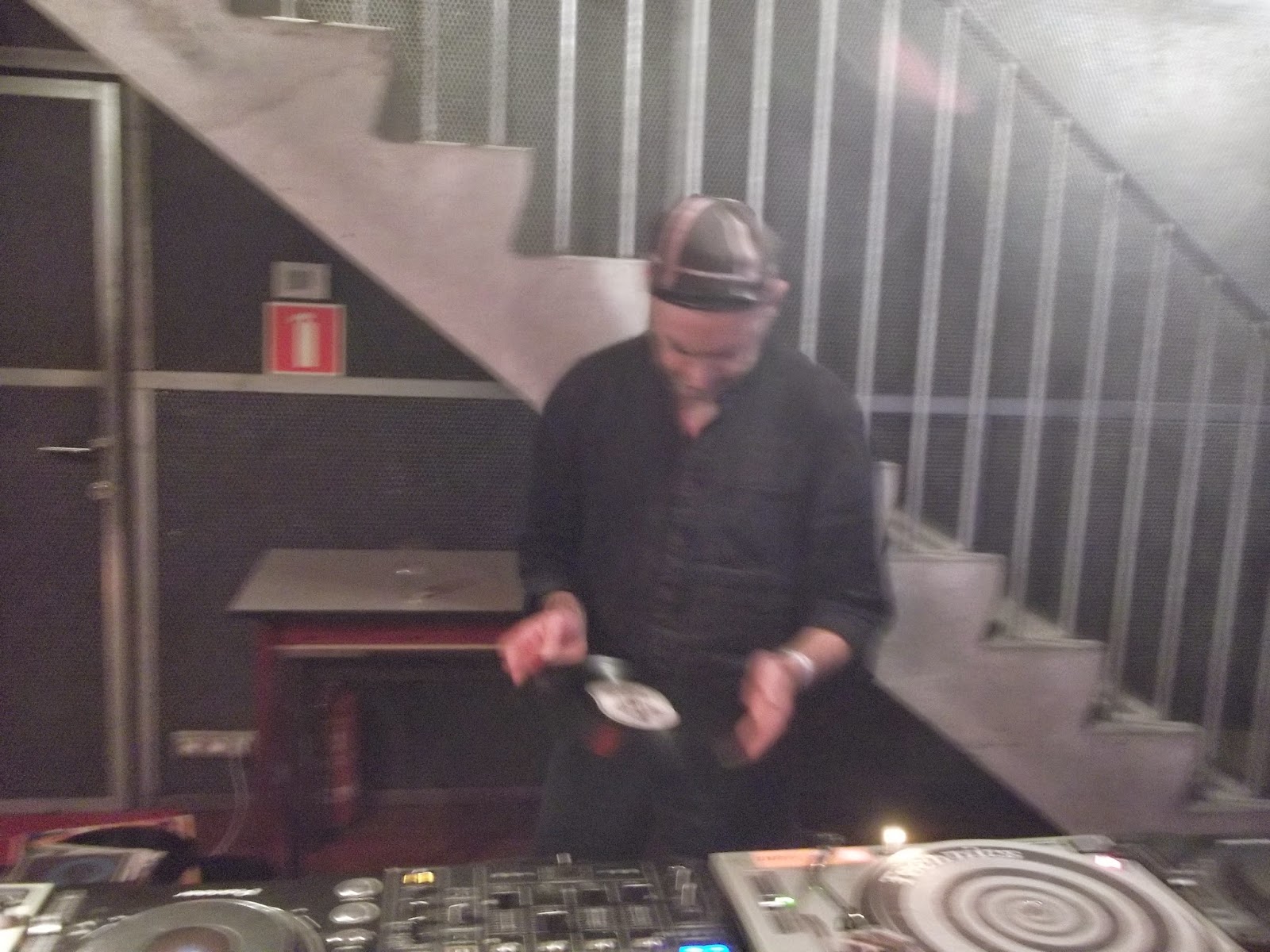 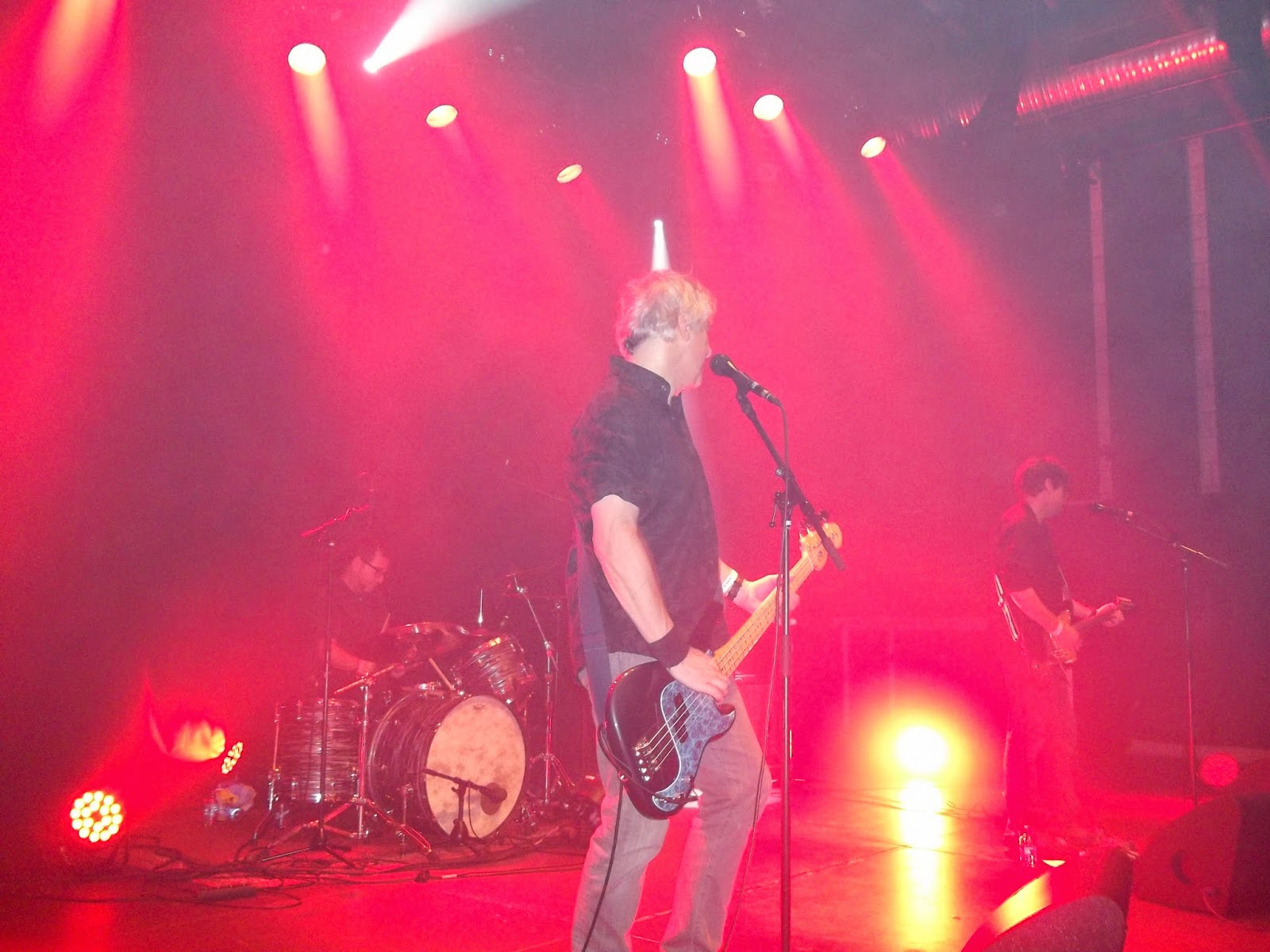 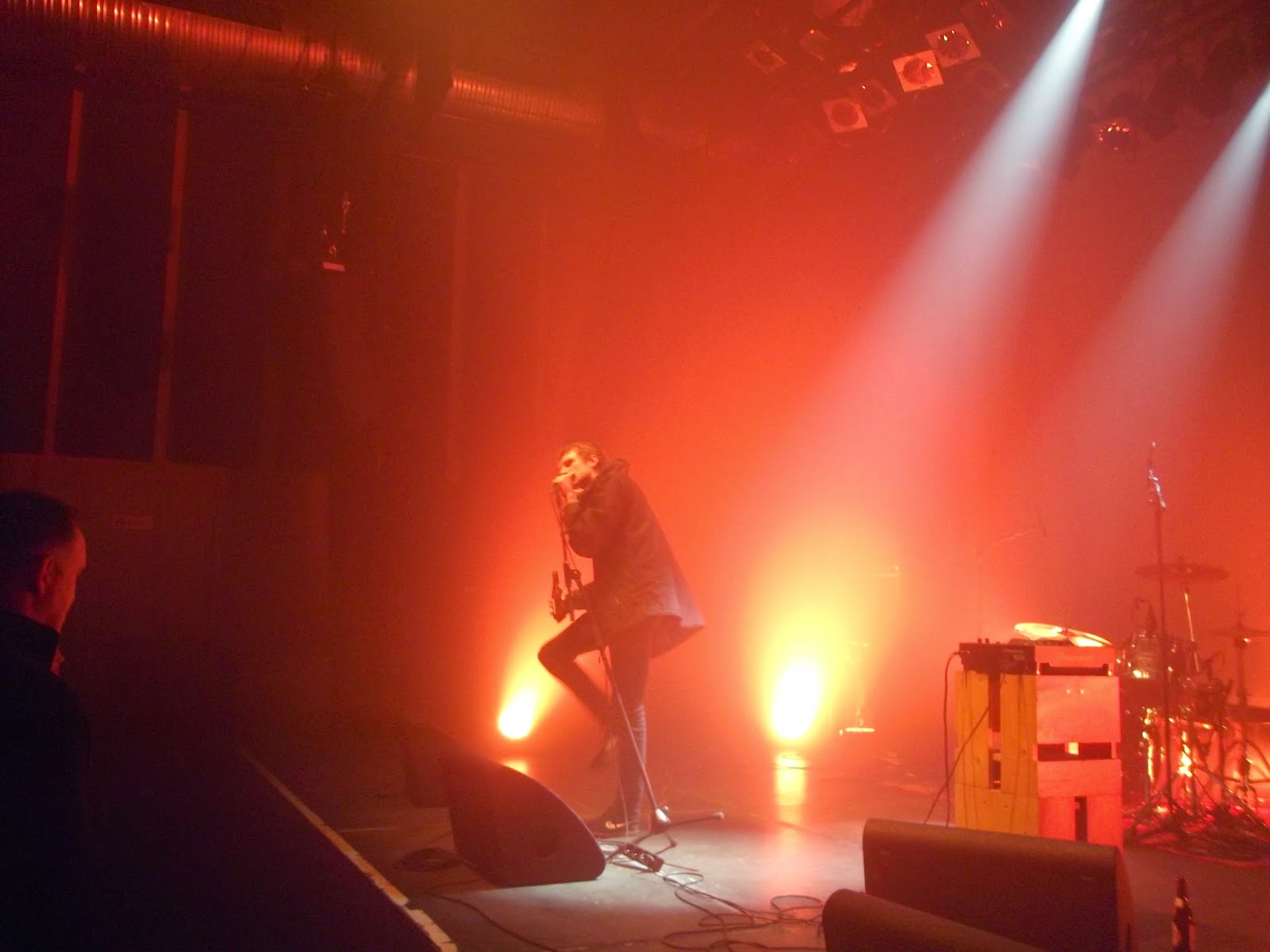 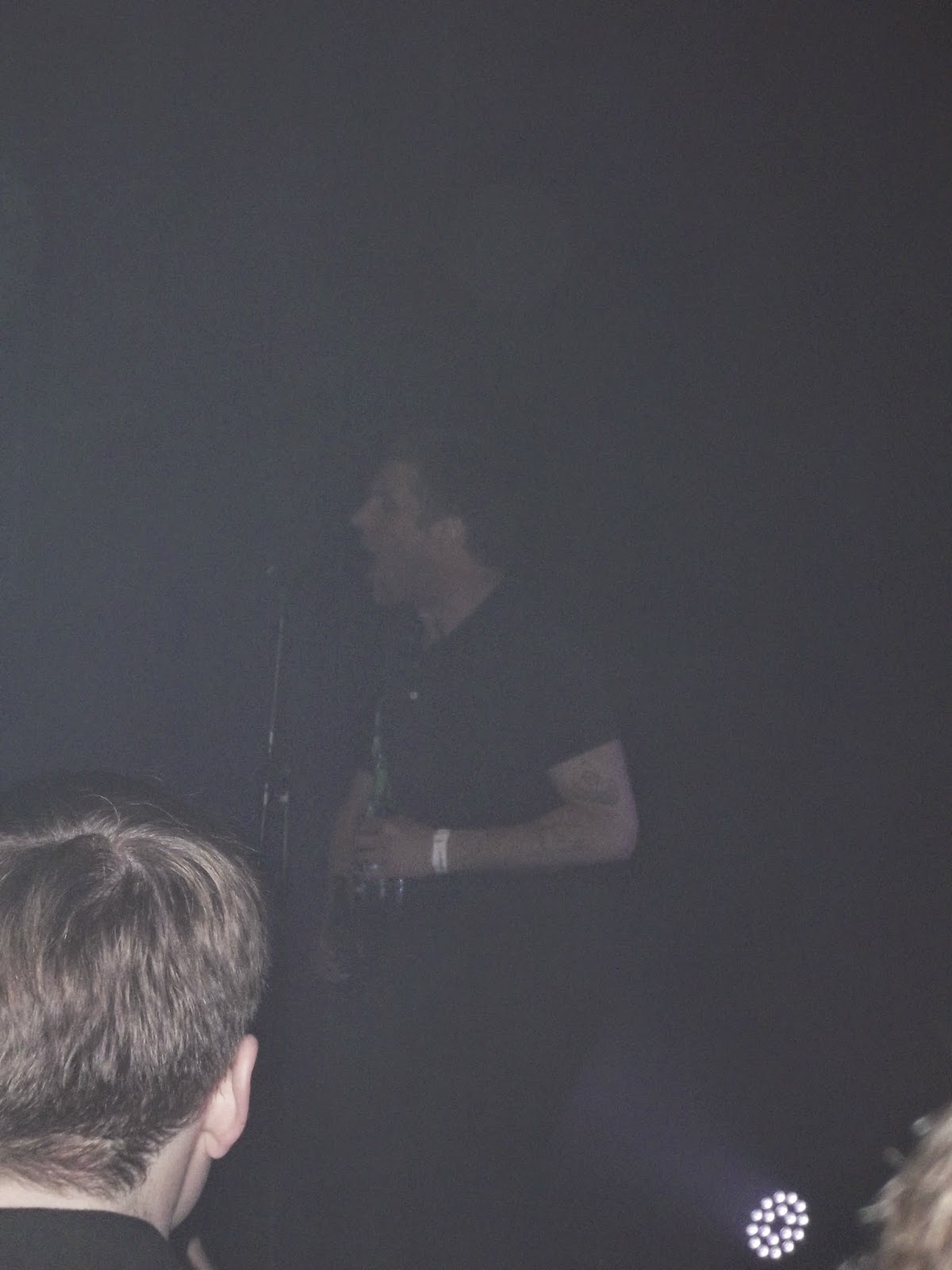 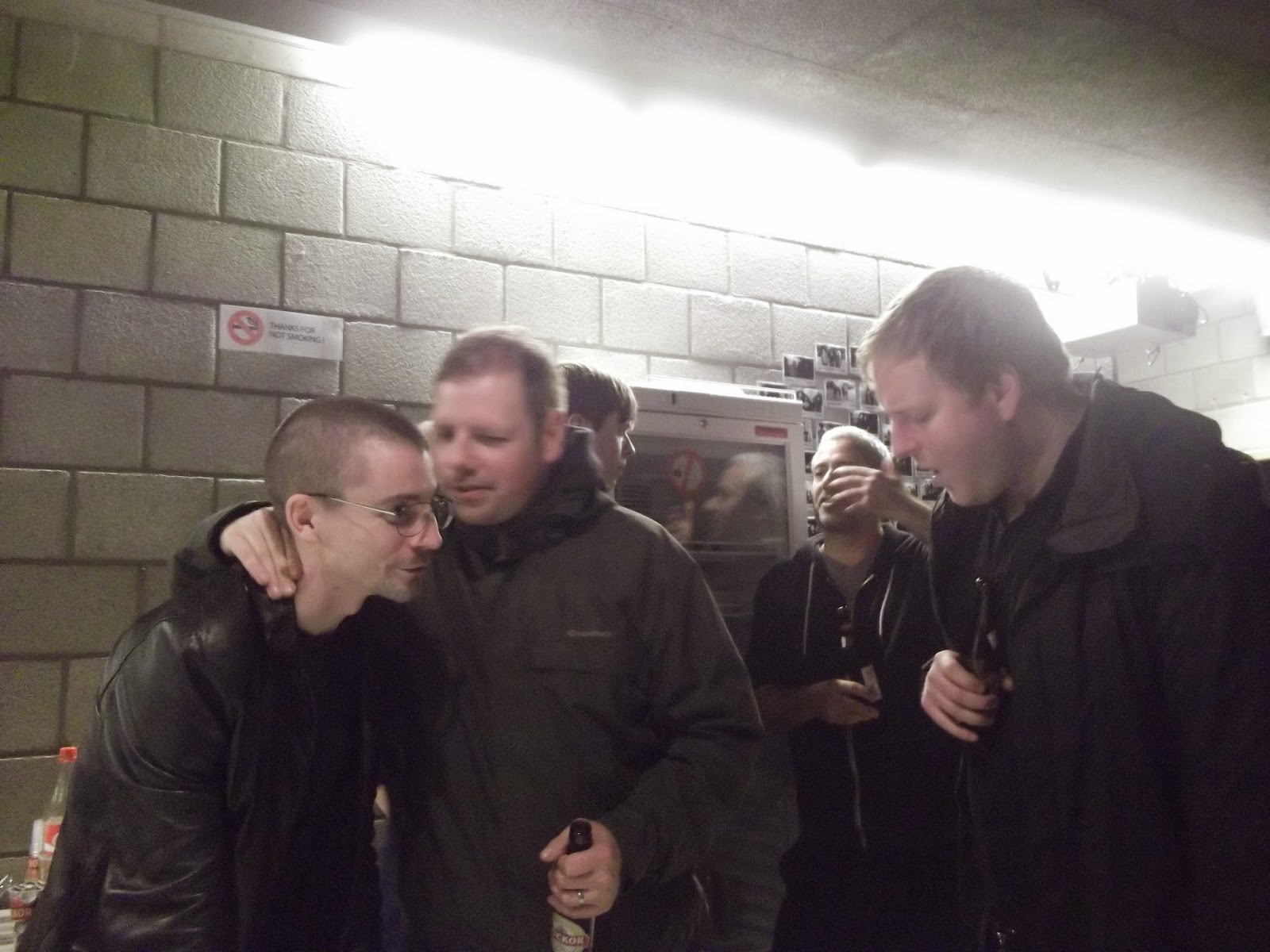 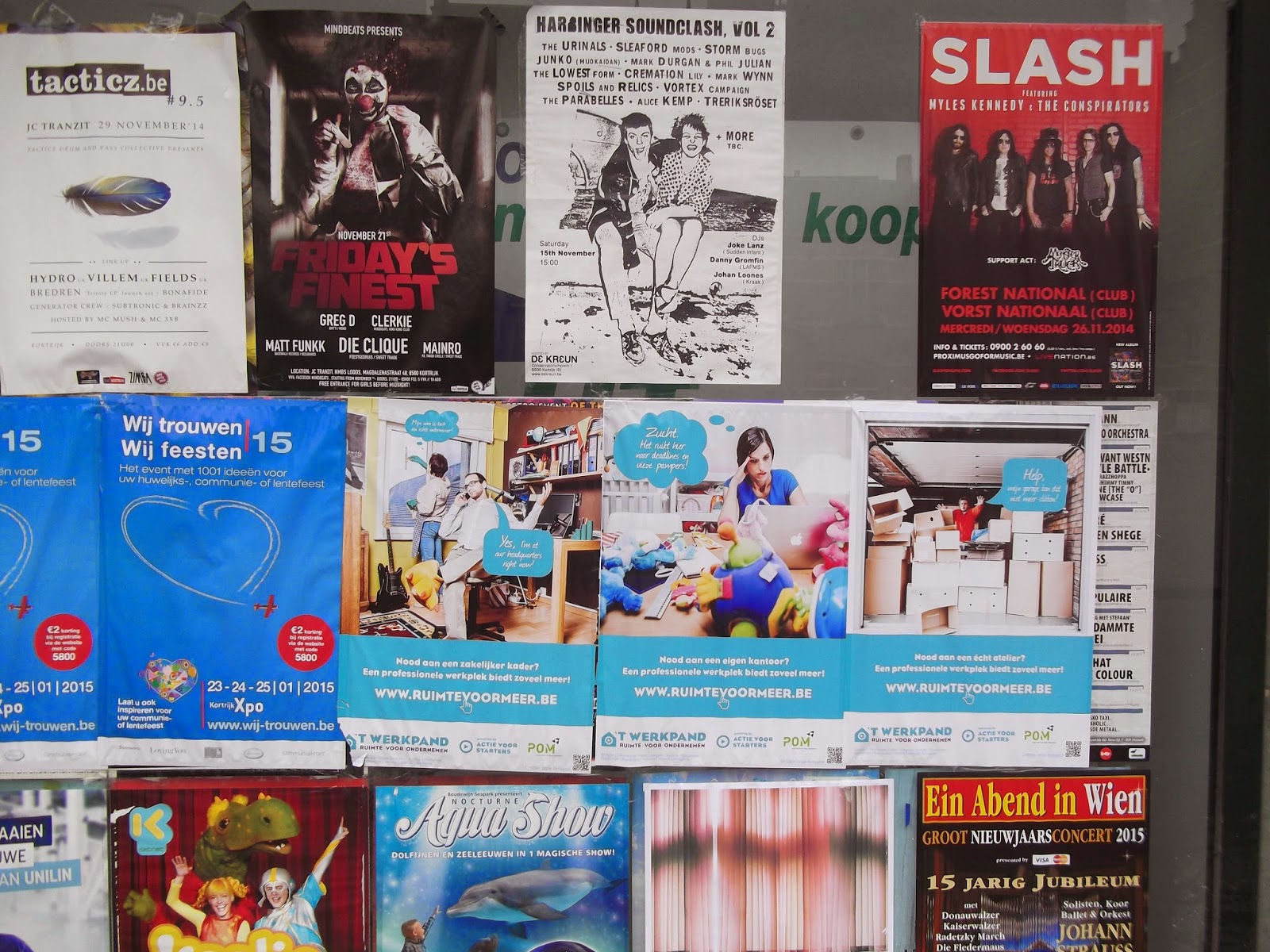 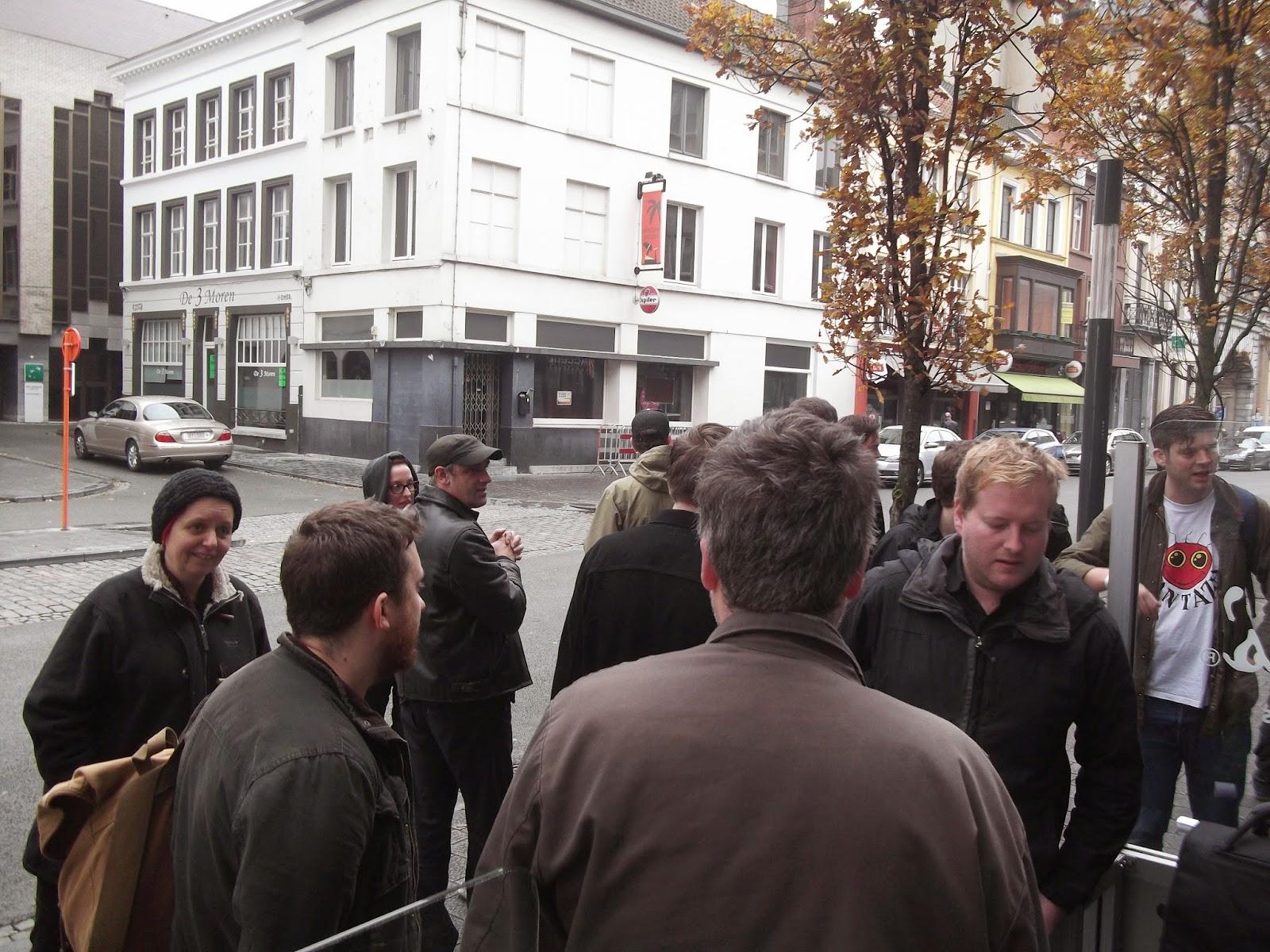 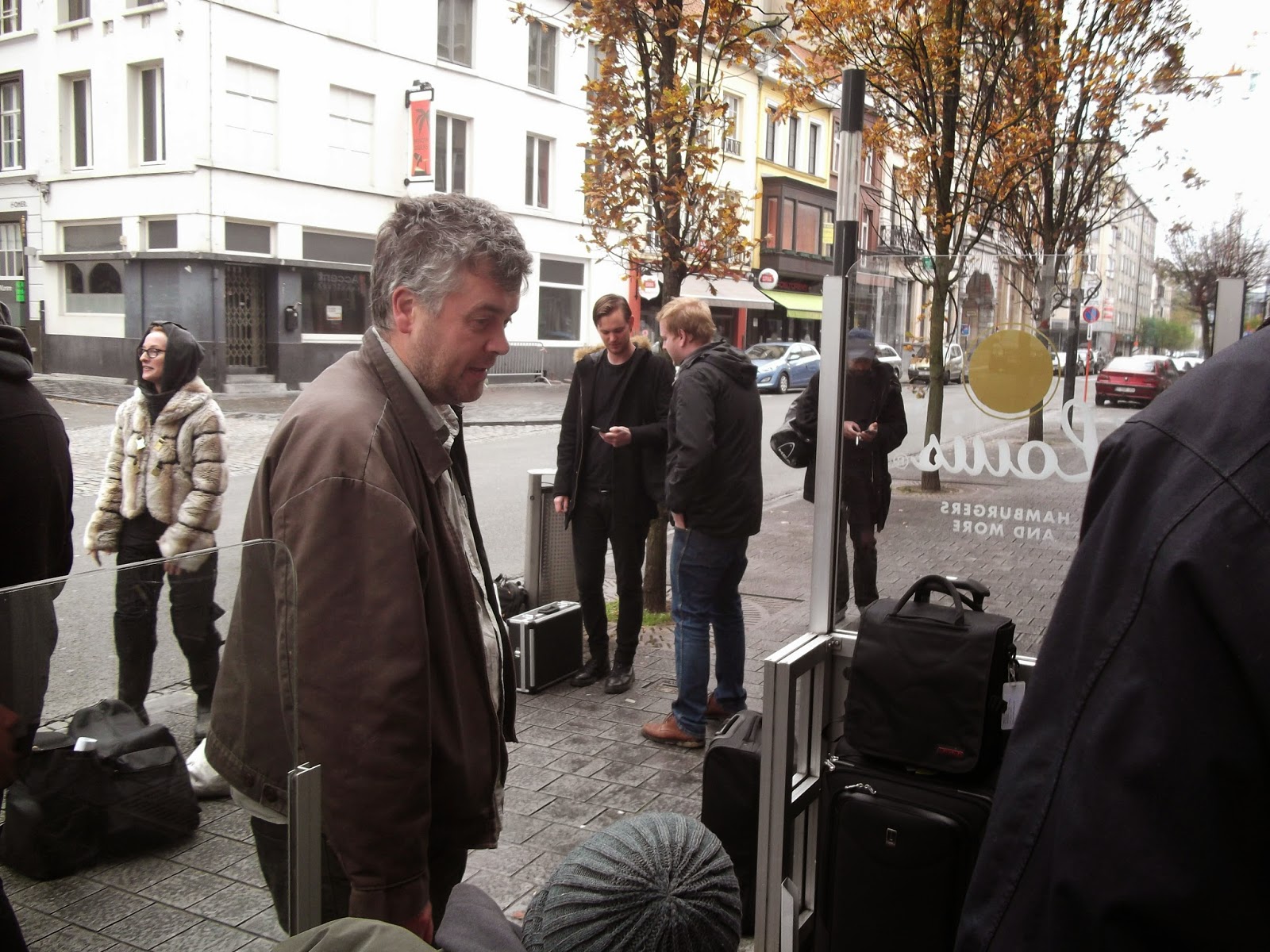 Perhaps the best gig I have been to this century. Harbinger Soundclash #2 took place in the small Belgian town of Kortrijk. Border country. Twelve bands in twelve hours with selected DJ sets thrown in.  The big pull for me was the appearance of The Urinals, the West Coast US punk rockers appearing live in Europe for the first time ever. I know little about them but I really love their "I'm A Bug" single and have done since I first heard it as a spotty teenager back in 1979. They played it live too … along with another familiar "Ack Ack Ack" and played a great instrumental that sounded just like prime Savage Republic. Watching The Urinals made me feel like a teenager again. The Parabelles reduced me to tears with the ūber-friendly disco kitsch. A female duo of Ute Waldhausen and Doreen Kutzke bounced around, waved scarves, hula-hooped and sang songs of love over a thumping disco backbeat..was this performance art? It made me feel immensely joyous and unlike anything I have seen in years, it made me want to dance.
The day was split into two halves, first three hours was open for the more experimental and noise based artists. It was decided (just before the doors were to be opened) that I should be the door man. The chap who zaps the barcoded tickets and puts wrist-tags on the punters…Well, I was there to act as Steve Underwood's glamorous assistant. Luckily the door opened into the performance area so I got to see/hear most of what was going on.
Belgium's own Vortex Campaign opened the proceedings with solid industrial style electronics. Spoils And Relics added more of the same, but this time with more spoken word manipulation amongst the grating and scratching. I was open to Cremation Lily. I have heard a lot of good reports on cassette releases by Cremation Lily in the past year or so. The 7" single on Harbinger Sound is OK perhaps murky in sound and direction, but a vinyl LP on Alter Records and positive words on blogs … Cremation Lily did not disappoint. Grand synth chords, melancholic and polyphonic. Touching Goth almost prog … the sound swamped the venue and swept me off my feet. Beautiful stuff….it did get a bit "shouty shouty" towards the end of the set but that didn't detract. I am now a Creamation Lily convert. Two New Blockaders collaborators were on next. Julian & Durgan and to no surprise the sound was very much … New Blockaders. Loud, multidimensional and studious. The "noisy" part of the soundclash finished with a magnificent set from Treriksrøset. Tommy Carlsson in full offensive (which included the sweatshirt)!

Inbetween acts Joke Lanz and Danny Groflin played punk tunes to drink to. The interval belonged to conceptual artist Alice Kemp. She walked the perimeters of the venue head to toe in soot and mud tapping her stick and spitting teeth. Unsettling.

The evening was the turn of the Roxette. Mark Wynn performing tunes from his last few CDR releases, none of the antagonistic bull he was trying on down the 100 Club a few weeks back. This was "No Fun" for real (no not that one). Mark spent part of his performance on the shoulders of Chris Bress from The Lowest Form - an excellent double act. The Lowest Form were to play along with Junko but due to circumstances they couldn't, so Junko performed solo. It was at this point I was relieved of door duties and like a rescued badger was allowed to go out into the wild and run free. I headed to the fridge with the free beer and food upstairs therefore missing Stormbugs. (I saw their soundcheck).
Sleaford Mods headlined. The best set yet, better than Bristol. This was the first time I have seen Sleaford Mods on foreign soil. The audience listen…and dance. Dance. Not mosh about and push each other and shout the sweary bits back. Sleaford Mods just keep getting better and better - they'll be big one day. Mark my words (whatever happened to Mark Miwurdz)?

I suppose the sheer joy of the event - apart from the performers all giving top performances - was the complete lack of "ego" or "rock-star" attitude. Something that there was a hint of at the 100 Club the other week and was certainly prevalent at the last Harbinger Sound event I worked at … The Broken Flag Festival. There was more of a family atmosphere, no more apparent than at the end of the day - at half past one in the morning when most folk were dancing like twats to DJ Johan Loones and his amazing collection of punk rock sounds. Memories of "dad dancing" with Jase and Durgo to The Cramps (or was it SPK)?? The party went on until 5 in the morning…me…I was like cinderella and in bed by four!
Best gig in years - I haven't laughed so much, danced so much and drank so much in years. It was about half two in the morning and I was at the bar getting the Chimay in when I was told I couldn't have any because we'd drunk the place dry of the stuff. A sense of pride …… 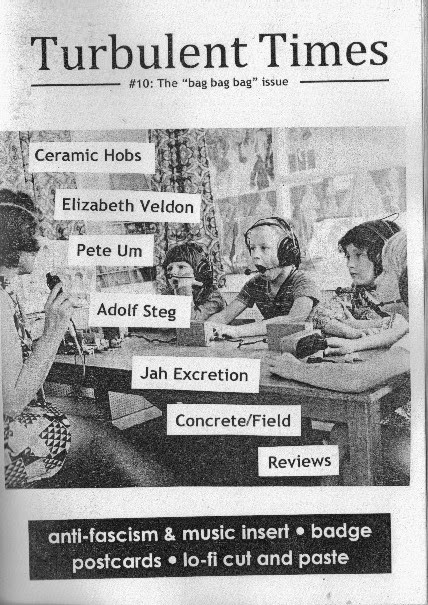 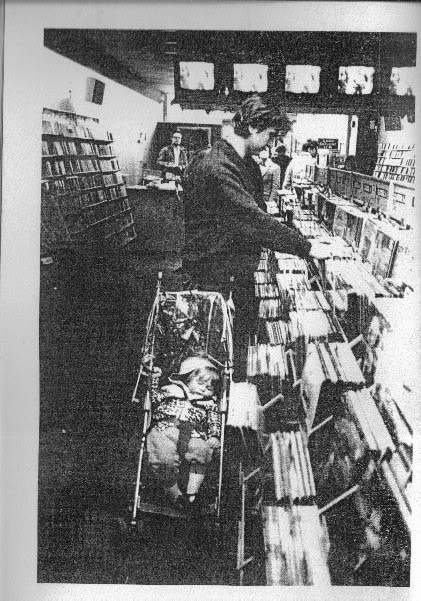 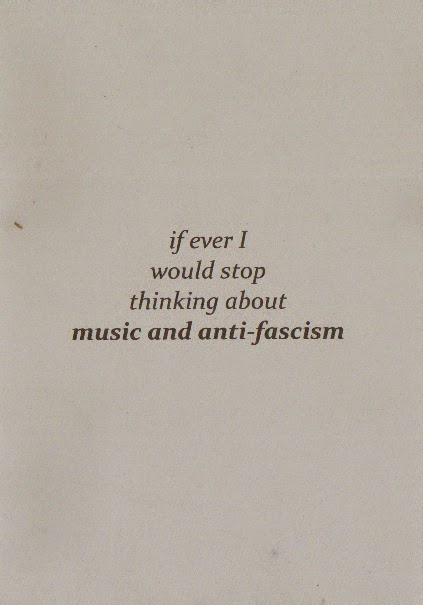 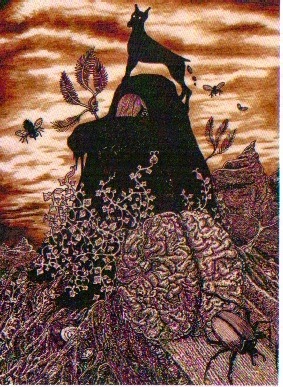 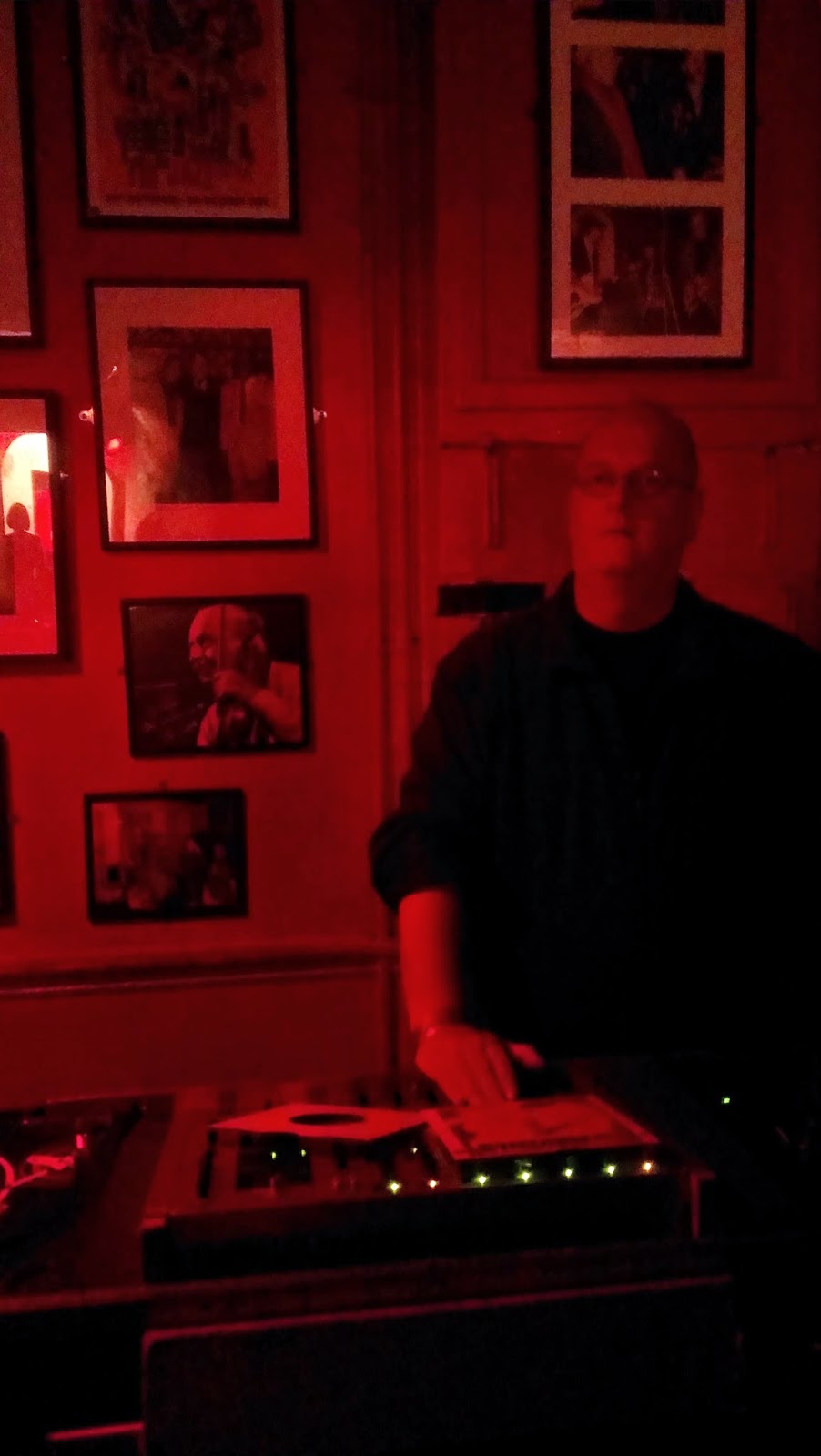 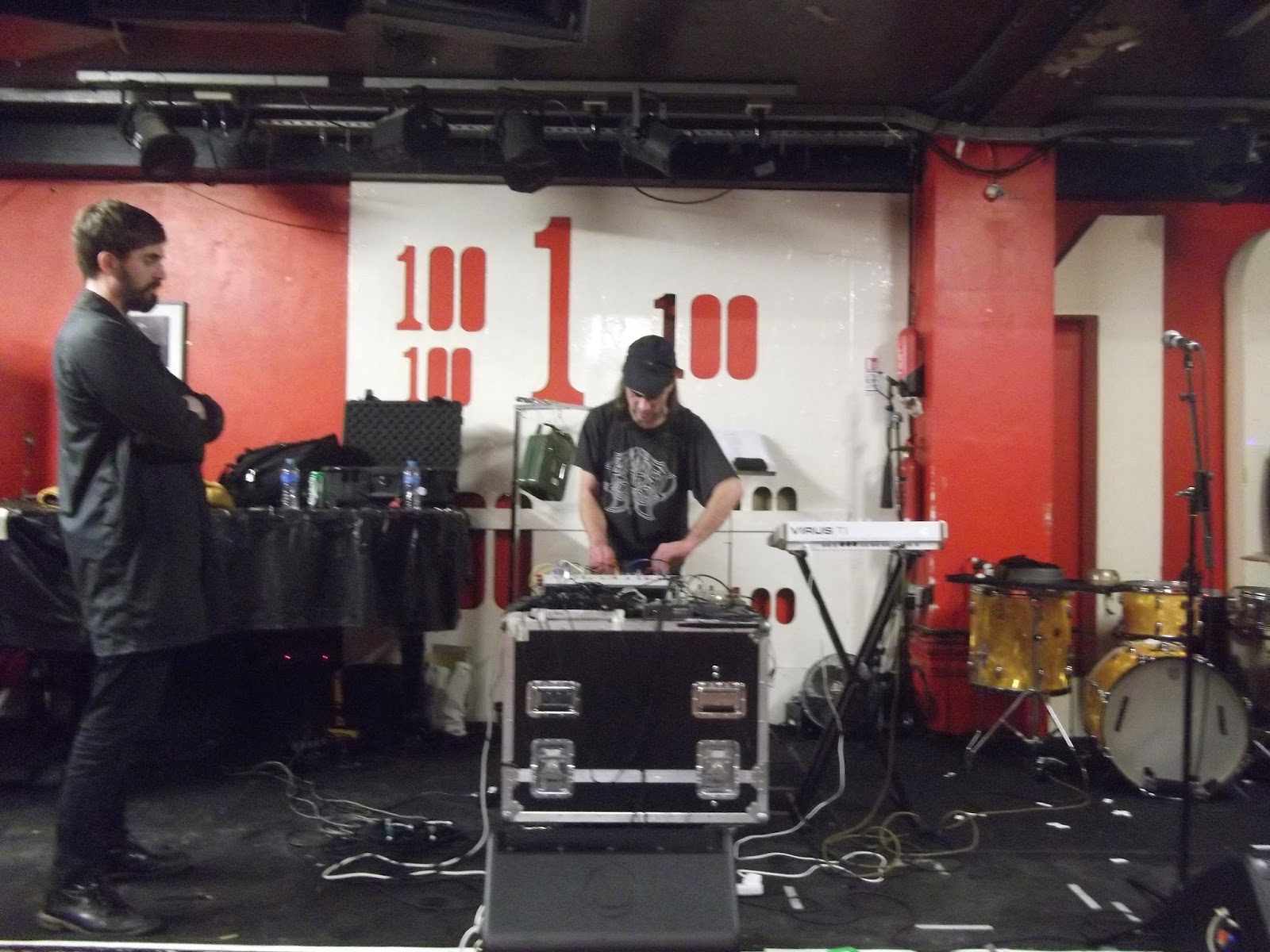 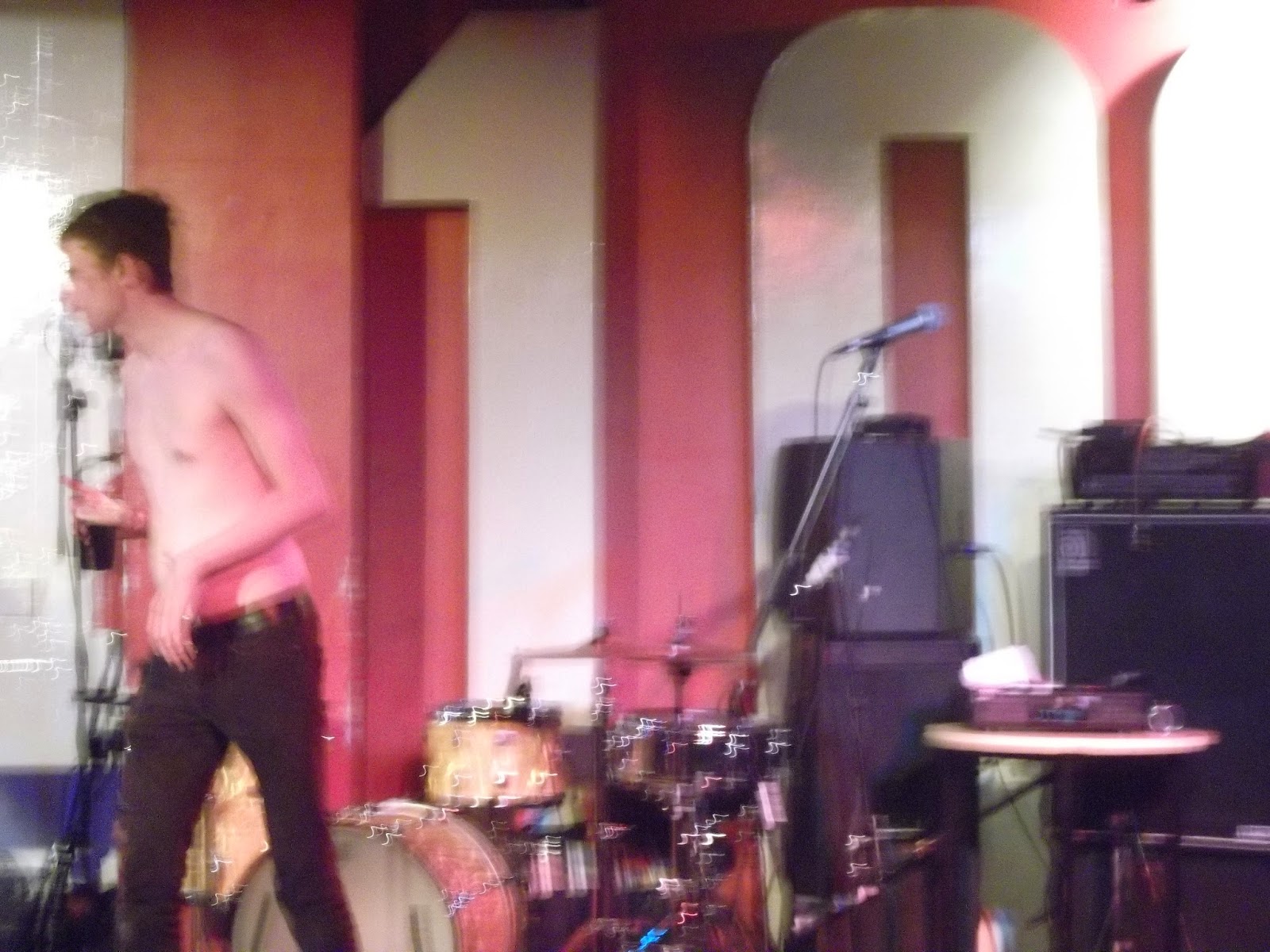 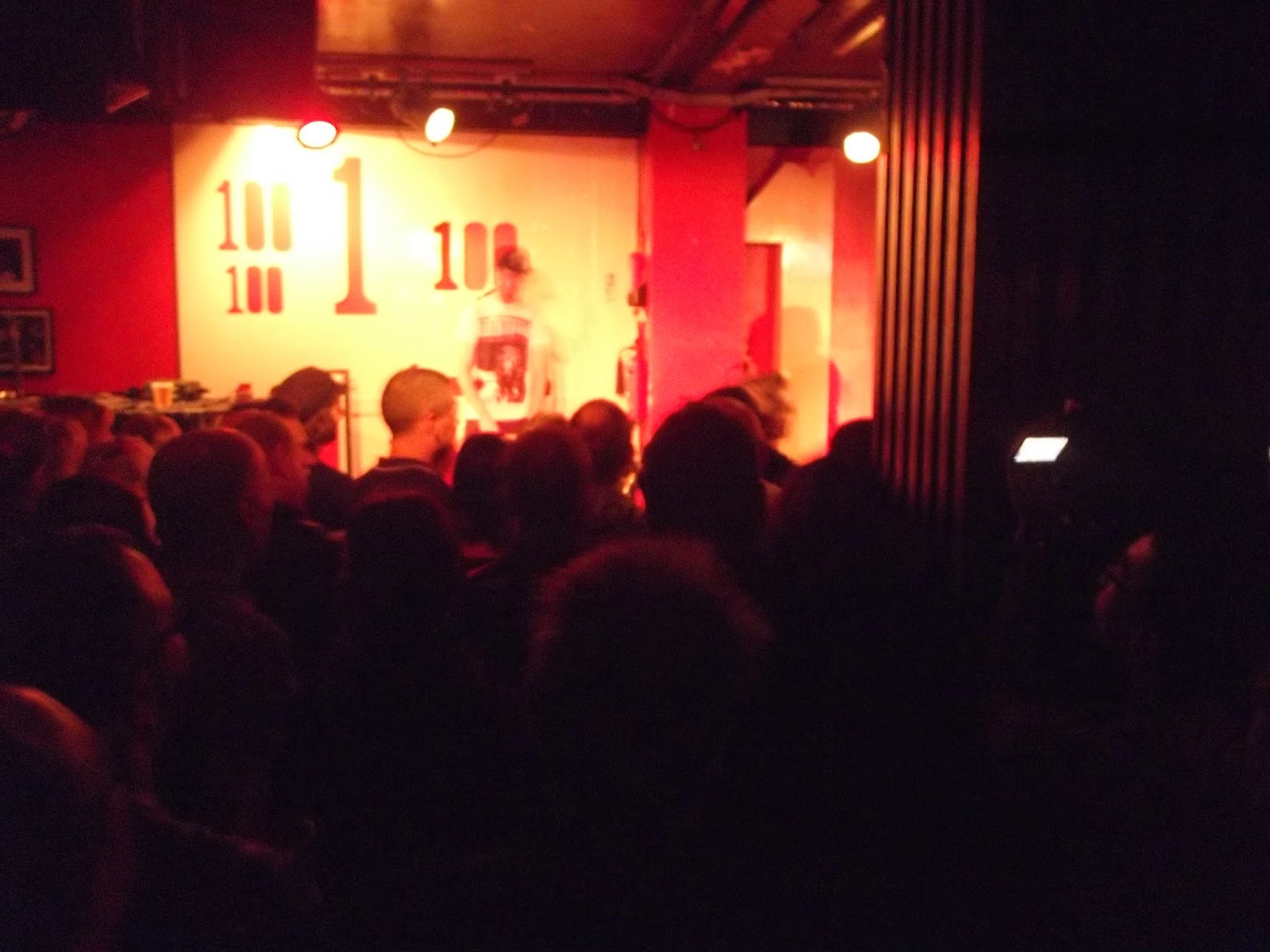 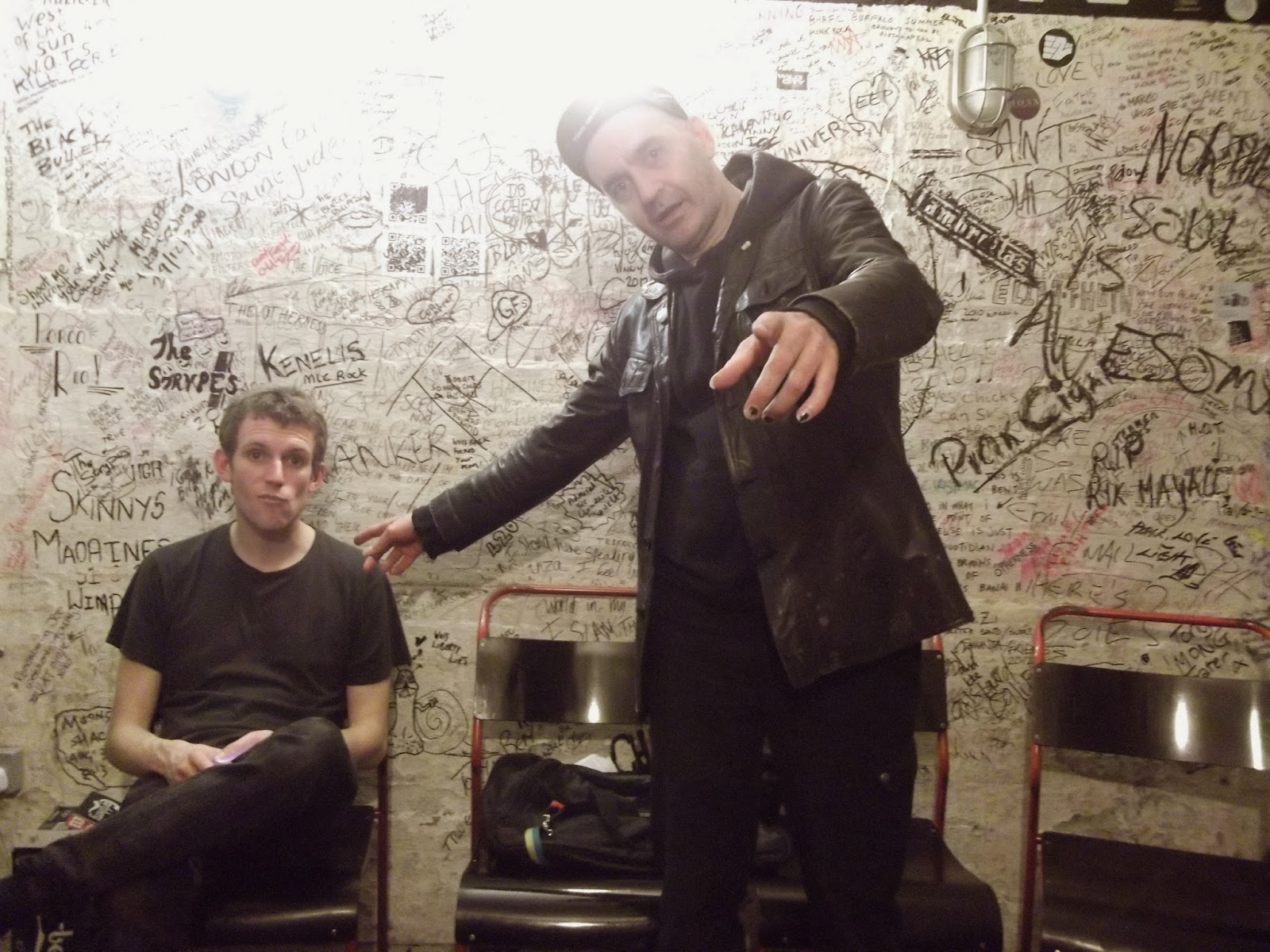 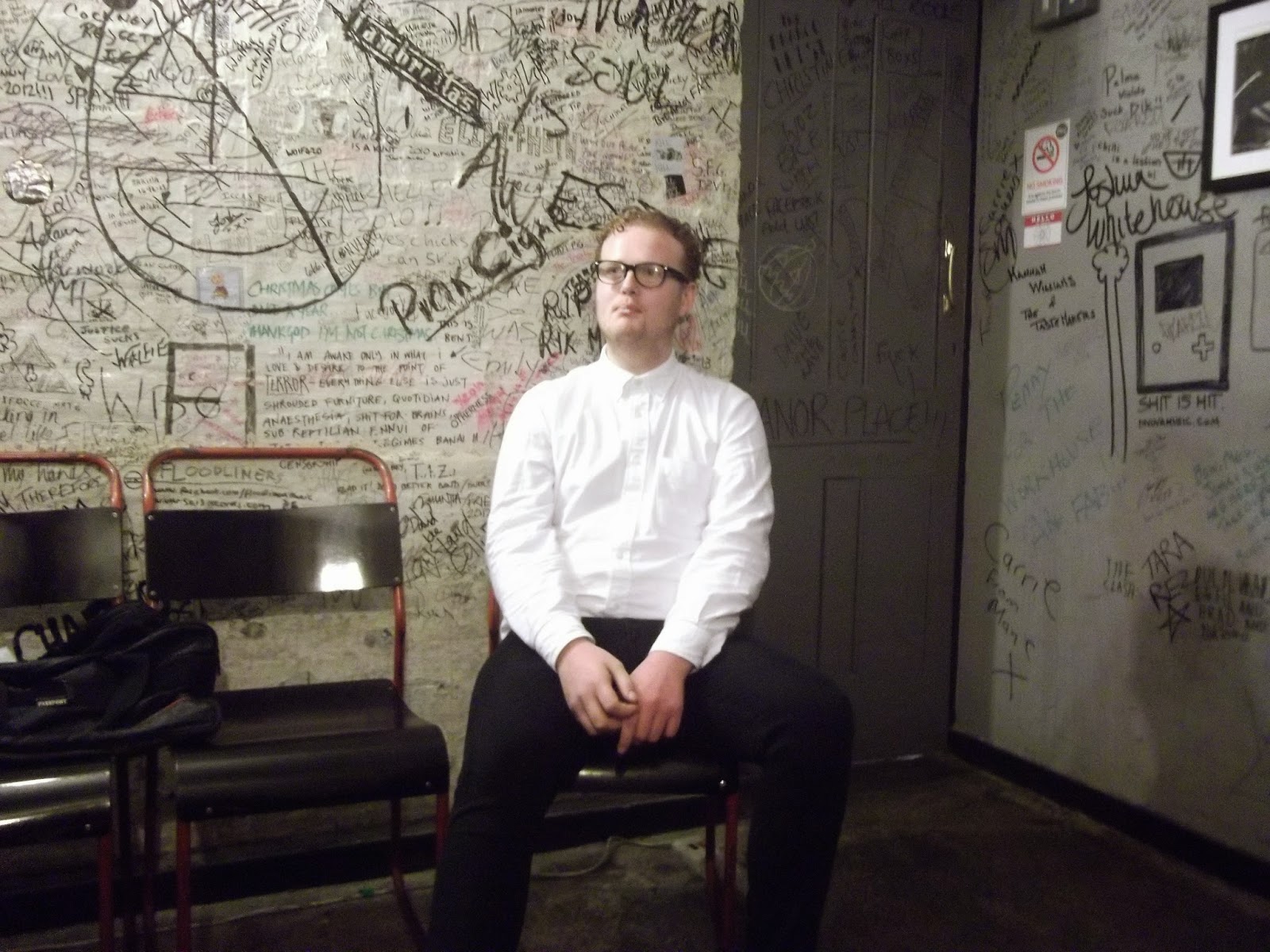