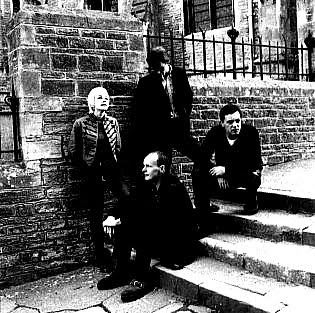 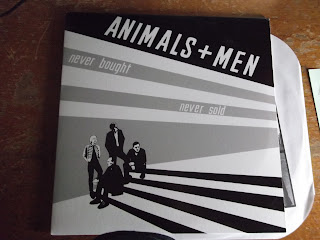 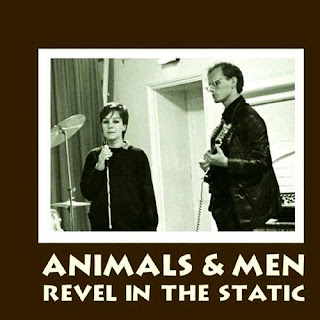 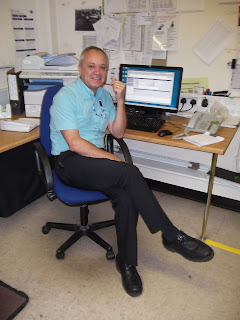 Have spent a pleasant while listening to the 2008 LP "Never Bought, Never Sold" by Animals & Men on US label Mississippi Records. Animals & Men first existed in 1979 and were based in Frome, Somerset (When in Frome....). They named themselves after the Adam & The Ants song. A lot of that kind of thing went on in the late 1970's. I remember 1979 and trying to chose a name for my first band (band!!...duo more like), we wrote some names on a bit of paper and tossed them into a (bowler) hat, on one piece I had written "Whips & Furs" a favourite track from the first Vibrators LP. I was thinking "well if it works for Stiff Little Fingers then I'll give it a go", luckily it never got pulled from the hat. (The Attempted Rape Of Dave Kirten and The Arrival Of A Train At La Ciotat Station were both drawn before we plumped for So Commercial). In 1982 we (the "we" is Dave Uden & I) did the same again and became Diet Of Worms. A love of the track from the first This Heat LP rather than any Lutherian leanings.
Anyway, back to Animals & Men.
In the summer I was told of a "drummer who used to be in a punk band in the 70's" working in the bowels of Torbay Hospital and lo and behold I met Geoff the guy who tampers with Medical Devices and somesuch. Geoff is the drummer in Animals & Men and he kindly gave me the vinyl LP and CD re-issues to listen to.
The CD is OK. "Revel In The Static" on the Hyped2Death label. I do feel it is the case of the unnecessary CD. A lot of unnecessary CD's have been released of late - by this I mean full over the hour albums by old bands that only released one or two singles in their brief "career" 4 or 5 songs that last under 15 minutes...and now there's a bloody hour of their stuff - unreleased demos, live tracks, alternative versions etc. In some cases the power and mystique is lost. For some reason I am thinking Steve Treatment, Pseudo Existors and Cyanide here...has anyone released a Gaffa CD?? Anyway, "Revel In The Static" falls into that category for me. The early stuff is great but there are too many "fillers" with stuff that sounds like music that could have been heard on a Sunday night in the back room of The White Horse....If you know what I mean? (great song). So, luckily, there is a vinyl LP available that delivers the goods.
"Never Bought, Never Sold" contains the two Animals & Men 7"'s as well as the 7" "Evil Going On" which they released under the moniker of The Terraplanes. Infact The Terraplanes tracks run at 8, whilst there are only 5 Animals & Men tracks.
The LP starts with the instant classic "Don't Misbehave In the New Age", a highly infectious sing-along from 1979. "Waiting For My Stranger" follows, a John Peel favourite which, again, has an infectious rhythm. Two tracks in and we switch to the Terraplanes and a demo version of "I Never Worry". This is from a cassette that Adam Ant heard and wanted to get involved. I can hear why...it has an Amazulu or The Belle Stars feel about it. 1982 and everything was foppish hair, Bananarama and the Funboy 3 on the cover of "The Face", African chic and music like "I Never Worry". A song that hit the zeitgeist rather than charts. "Terraplane Fixation" follows. Back to Animals & Men and the song I remember them for. I used to have the song on a cassette of Peel favourites - along with Bunnydrums, Pere Ubu and Last Words....it fitted beautifully. The next couple of numbers we are back to the Terraplanes sounding like Bow Wow Wow before a Terraplanes version of an old Animals & Men song called "Treasure Of The Damned", a great proto-goth tracks where the bass guitar leads esoteric vocals around a heavy (double) drum beat.
Side two kicks off with sides A and B from the only Terraplanes single "Evil Going On" and "It's Hip". To quote lead Animal Ralph Mitchard's sleeve notes: "(It) was an attempt to create a new genre entirely, fusing blues and punk-we thought we could inspire a movement of blues beatniks digging obscure films but it flopped big time...Even Peeley didn't like it..." It (now) sounds like a strange hybrid of Joy Division jamming with 9 Below Zero and The Young Marble Giants. The B-Side to "Don't Misbehave In The New Age" follows, the excellent teen angst song "We Are Machines". Back in the punk days everyone had their "We Are Machines" song. Factory life, nine to five, white collar working..not for me type of stance. A couple of bluesy pub rock numbers follow before the LP finishes with a demo recording of the Animals & Men track "Headphones" which contains an "Antsian" guitar riff (sounds like "Friends") and then the excellent "Shell Shock", the B-Side to "Terraplane Fixation". Here they sound like Repetition - the band not the Fall song. Beautiful stuff.
The LP is recommended, the CD not so - unless seen for a fiver or less.

One of the joys of both releases are the sleeve notes. Funny detail and the story of what it was like to be in a punk/post-punk band in a small town in the late 1970's is hit on the head beautifully by Ralph. Their lack of ambition, their not wanting to move out of Frome, or to London. "Think Art, Act Local" as Grey Park once said. Animals & Men didn't play many gigs but when they supported Toyah and didn't like what they heard or saw they knew the "big time" wasn't for them. They had name changes and dalliances with Adam Ant before packing it all in and deciding to start families and play music to amuse themselves and friends.
And then the Internet happened and interest arose in old punk and post punk bands. I even had an e-mail from Chuck Warner asking if I had any old recordings of ESP Disk-rd (the band I was in after So Commercial that was named after an old Fall song title which got changed to "Psychick Dancehall"...the song title not the band) because I released a cassette back in 1979 and it got a mention in "ZigZag" magazine and "The International Discography Of The New Wave" book. And so, Animals & Men reformed in 2008. They still don't gig much (Paris on December 1) but I would love to see them live, I'd love just to sit around a pub table and share a few pints and chat with them.
The LP is available from Mississippi Records direct (just google it), or via Discogs.