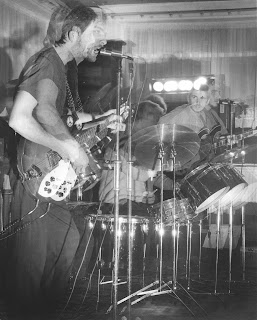 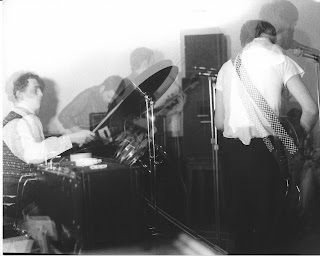 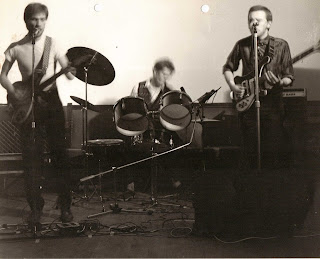 On the 28th of October there is a Lincoln Band Retrospective happening at The Jolly Brewer pub on Broadgate in Lincoln. At this moment in time I am uncertain as to what this entails but I have been asked by John Stafford if I had any old pictures of the band we were in together back in 1981 / 82. I was the drummer in the "Radical Band For Social Reform" : Total Strangers.
The band compromised of John Stafford (ex-Collide) on vocals & guitar, myself on drums and John Loonam (ex-Pseudo Existors) on bass & vocals.
If you are in or around Lincoln on the 28th, pop into The Brewer and let me know what it's like!