Salvatore Arancio At The Spacex. Autumn 2011 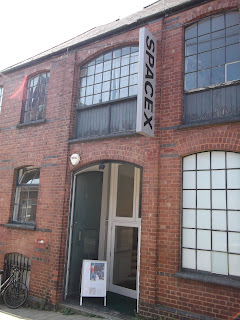 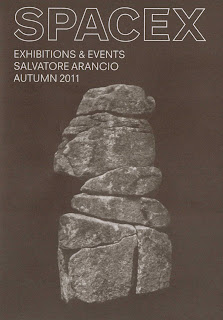 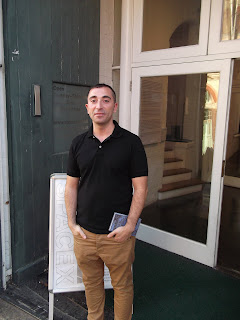 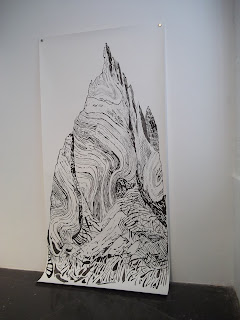 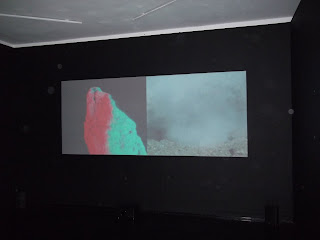 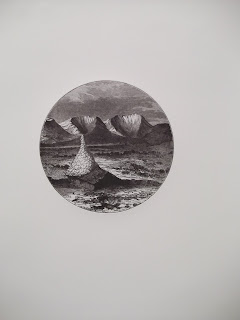 Sicilian born artist Salvatore Arancio has his first solo exhibition in the UK at The Spacex Gallery in Exeter. The exhibition; "An Arrangement Of The Materials Ejected" is featuring a newly commissioned piece "Everything Keeps Dissolving". This is a three metre high drawing inspired by the geological phenomenon known as Folded Strata. A lot of Salvatore's work is inspired by geological phenomena, mainly volcanoes. Salvatore's childhood was spent close to Mount Etna. "Everything Keeps Dissolving" is accompanied by a sound loop by Coil. (A section from the 1998 album "Time Machines"). Salvatore draws alien landscapes beautifully, small detailed monochrome photo etchings on paper. The picture "View Of Cabin Partly Buried By Lava And A Parasitic Cone" is fascinating. Also in the exhibition is the split screen film "Shasta", a film inspired by Mount Shasta in California, and a small animation piece called "Nuee Ardente", as well as a dozen or so drawings and a sculpture piece.
It was the lure of an installation featuring the sound of Coil that drew me to this exhibition, and I was not disappointed. Salvatore's work, which included some photographic art inspired by stones on Dartmoor, deals with myth and magick merging with science and nature and deserves to be seen and heard, so, if in Devon I recommend a visit to the Spacex Gallery. The exhibition runs until the 26th November.