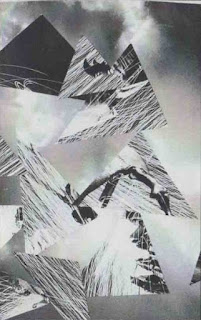 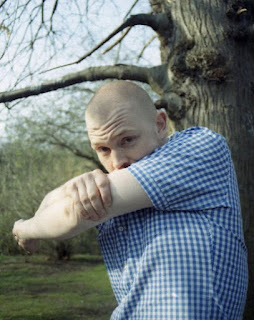 Back into the world of Beartown Records, and the sound of Baraclough member Dale Cornish. Recently Dale has been releasing solo material on labels such as Entr'acte and Beartown Records as well as appearing on Duncan Harrison's excellent "Young Arms" CDr released earlier this year by Chocolate Monk.
I was fortunate enough to receive a jiffy full of Cornish last week and have now started enjoying the contents. "Voluntary Redundancy Salad" is a C35 cassette released last year in an edition of 35 and is long sold out. (Copies may still be available from the artist though). The sound on the tape is more installation than entertainment, the work of an artist rather than a musician, which makes the cassette more document than release. Two pieces. Side A is titled "w6". The background sound is very "Eraserhead". (The soundtrack to which has been re-released yet again, this time as an album in gatefold sleeve with bonus 7" on the Sacred Bones label). The sound is the grey sound of foundries, of steam, of factory bells and distant gongs. The foreground is closely mic'ed movement..uncomfortable shuffling. Side B is titled "w8". Whilst listening to this piece I noted: The sound is of someone shredding a lettuce with elan, whilst next door someone sandpapers the bannister and listens to the album "3R4" (by Gilbert & Lewis) at the wrong speed. That's what it sounds like to me.

I now have the Dale Cornish CD "Glacial" to look forward to, although being on Entr'acte it is in a heat sealed package - the sort I loathe to open, and the Baraclough CD "Hello Animal". If anyone out there has a spare copy of the cassette "Maxi" for sale, please get in touch.