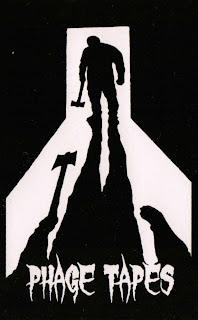 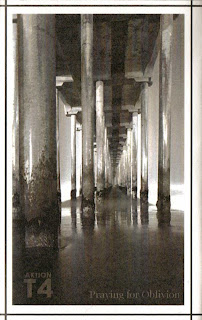 Earlier in the year I was having a conversation with an old friend, I told him that I was participating in the cassette compilation project "You Are Playin' Like A Fuckin' Pub Band" for Record Store Day and that Hanson Records were to release the Dieter Muh London and Paris performances on cassette in the summer. They seemed surprised that I was putting out my material on cassette, stating that the cassette format is very "1980's" and nowadays folk release stuff as downloads or put it on Soundcloud or Facebook or put out CD's. I sigh a sigh of despair and just think that the old friend has no idea of what happens in the "real world" - probably still reads The Wire and listens to 6Music to keep in touch with "the latest" sounds.....I love cassettes. Vinyl is my preferred medium with cassettes running a close second. Has been since I was a lad and shall remain so. CD+CDr's are OK, no problem there but my 'pooter is not set up for listening to music. No speakers. If someone tells me to go to Bandcamp or Soundcloud or MySpace and asks me to listen to their noise I just tell them to put it on a tape or CDr and mail it to me through the post.
Ranty bit over.
June has been cassette frenzy at Hartop Towers with releases by Cheer (mentioned earlier), Textured Bird Transmission and a 1993 release by Feine Trinkers Bei Pinkels Daheim coming through the letterbox and a tape by Martial God Mask should be on its' way. Also this week came the 2010 cassette release "Aktion T4" by Praying For Oblivion on US label Phage Tapes.

The main reason for tracking this release down (found at Nuit Et Broulliard of France) was the chance to hear the 1999 remixes by N. Strahl N. Another favourite and producer of fine cassettes. I like Praying For Oblivion, AKA Andrew Seal, the American in Lille. I have a few of his releases. I prefer his "instrumental" (ha) sound to his vocal treatments, where he ends up sounding like a poor man's Con-Dom with a bad Slogun. No worries with "Aktion T4" - nice to see the "K" back in use again. "Aktion T4" is a C33. Side A is a recording from 1999, recorded live at The Continental in Buffalo, New York State. (I think this is Andrew's home town). "Aktion T4" is a 16 minute onslaught on the senses, masterful noise / Power Electronics a la Haters or The New Blockaders. No vocal treatments, just layer upon layer of blistering electronics, high speed, crystal clear energy. I was fortunate to share the bill at a gig in Paris with Andrew and Praying For Oblivion never sounded like this on that night. Side B is a different kettle of crisps. Two pieces of Praying For Oblivion sound sources reworked by N. Strahl N. "Tonspur-Einz & Zwei". (Soundtracks 1 & 2). These tracks were recorded in 2009 and N. Strahl N. approaches the sound from a very minimalist level. "Einz" is cavernous in sound with low rumbles and echo. Synth loops build the track to some kind of apex, but its' beauty lies in its' mesmerism. It pulled me in. "Zwei" slowly builds with static and dischodia. There are repetitive samples of metal percussion and static sound bringing the track to a great crescendo. Masterful and already a regular play here and at work. I don't know whose idea it was to bring these two artists together, but the collaboration works. Limited to 100 only & probably getting rare, so buy on sight!