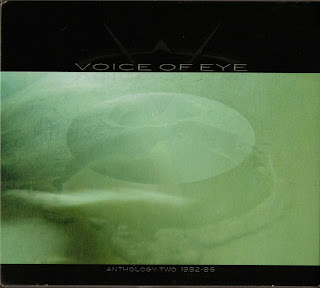 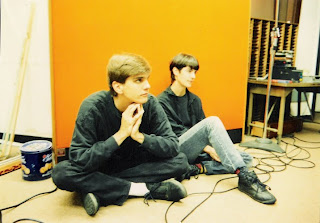 The next blog I was going to write (I do plan this thing out y'know) was to be about secondhand record buying in the Devonshire town of Tiverton. I went there last Saturday. But unfortunately Tiverton let me down, there are no secondhand vinyl emporiums in the town. There was an Oxfam "Music & Books" shop but that was closing down and bereft of stock. They built a motorway to by-pass Tiverton and now I know why. If ever in the South West (of the UK) don't bother turning off at Junction (whatever) drive straight through..I shall not be returning to Tiverton (the town was closed by 3pm on the Saturday) I trust you to do the same. Twinned with Gainsborough. (That's a bit unfair I haven't been to Gainsborough in ages, in fact the last time I was there (late 1990's) I was passing through on a train towards Lincoln and some guy got on at Gainsborough Lea Road Station carrying a shotgun under his arm and no-one battered an eyelid)!
So. I have had a pleasant while listening to the latest release on Stefan Knappe's Transgredient Records label (Their first non Troum release) "Anthology Two:1992-1996" by Voice Of Eye.
Voice Of Eye are one of those bands that have been in my radar for quite a while now but I just have not bought/got anything by them. I think it was Dan Plunkett of ND Magazine that first told me about them about 20 years ago, then there was Steve Underwood and Mick McDaid telling me all about them 10 years later but still I never adventured in to their wares. I have their "Mariner Sonique" LP taped but I can't say I gave it my uppermost attention.
And then Voice Of Eye become a band who have too much discog. Where do I start? And if I fall in love with the sound I'll have to get everything (I do become obsessive), so I have left them alone. Until now. Thanks to Tom Newell (Thee Intergalactick Beard) I have this CD. A double CD, and it hasn't been off the hi-fi for a week. (And this is a week when the Psychic TV Vinyl-On-Demand Box Set was delivered).
Disc One contains tracks covering three years of work either unreleased or appearances on obscure compilation projects and it plays like one album. That is some mean feat. A dedicated driven direction in sound. The sound is very akin to Soviet France and (early) Throbbing Gristle. There's one track in particular "I Have A Dream" that really took me back to "After Cease To Exist". Loved it! I played Disc One 4 or 5 times before venturing on to disc two. Disc Two is more diverse in sound beginning with a 1996 "rehearsal" for a performance called "Sonic Works", again, imagine Soviet France teaming with Throbbing Gristle and that is what you'll be hearing. For an old "industrial head" like me, it is a great listen. Chilled out blissed and stoked as the Americans would say. Disc Two ends with two short pieces and after the 40 or so minutes of track one are slightly disappointing, but I'm not complaining. If there was one complaint about this release it would be the poor packaging. A bad digipack style case (but that's just me I know).
"Anthology Two" is a necessary release and every home should have a copy. I am certain that both Second Layer and Cold Spring Records in the UK will be stocking it.
I will now be after Voice Of Eye releases where ever I see them listed and for sale. The "Anthology One" double LP and Drone 7" "Sprockets" go to the top of the list.