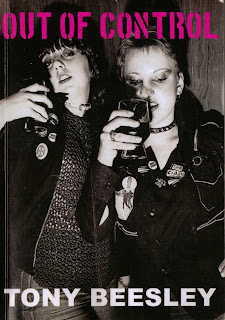 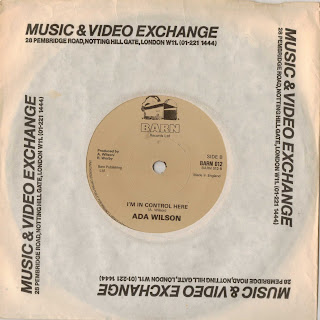 If it only takes me a week to read a book then it is either:
A: A bloody good book and unputdownable or
B: Only about 4 pages long.
"Out Of Control" by Tony Beesley is 165 pages long and it took me a week to read. An excellent book. From the opening foreword by Paul Bower (of 2.3 fame) I was hooked. He beautifully paints a picture of life in a Northern town mid 1970's.

"Computers are the size of twenty school lockers. The Internet has not been imagined. Social networking is going to the 'Dial House Working Men's Club' for six pints of Tetley's and a game of billiards. last orders are 10:30 p.m. If you want a job you got one. The National Coal Board; Shardlows; The River Don Works; or even night shifts at Bachelors packing cartons of Vesta Chow Mein. Wages come in notes and coins in a small brown paper envelope on a Friday. You feel a rush when you discover that the double shift you worked on a Tuesday has pushed you above £35 to take home. Hardly anyone you know has a bank account".

The book is the second part of the trilogy written by Tony about his youth as a punk rocker, a teenage punk rocker. I enjoyed the first part: "Our Generation" (mentioned in December 2010's blog pages), and bought this one as soon as I had finished it...about a month later! Tony doesn't feature in this tome though, he lets others tell the story of two years in the life of two influential venues in South Yorkshire. The Outlook in Doncaster and The Windmill in Rotherham.
In 1978 I used to frequent a similar venue, AJ's in Lincoln. The same bands at the same time where playing the Outlook. The Lurkers, Ultravox! (with John Foxx), UK Subs, Cyanide, The Skunks, Patrik Fitzgerald, Rich Kids etc. It makes me smile every time Ultravox! is mentioned it has (with John Foxx) in brackets afterwards. It is difficult telling folk nowadays that one of my all time favourite groups is Ultravox!, quickly followed by "before Midge Ure". Same when I tell folk I like Adam & The Ants....before he went shite. So the book hits an immediate chord. (Just the one). Folk in Doncaster were up to the same tricks as me...being 14/15 years old and trying to get into an over 18's venue...turning up outside the venue at around sixish and waiting for the battered white transit van to show up from across the Market Square. Offering to carry amps, drums, whatever up three flights of stairs to the stage area (what was it with clubs and stairs)? Then disappearing in to the shadows and praying the bouncers don't notice.
There is also a piece by Nigel Lockwood (of Gun Rubber Fanzine) about the Adverts gig at Lincoln Tech College that ended up as one great big bloody battle between punks and "local in-breeds" as he calls them. I mentioned this gig in my blog about the TV Smith diaries, and I'd forgotten that the ENTS folk belatedly locked the doors so half the in-breeds were already in the place and we couldn't get out! No where to run, nowhere to hide. Ahhhh, great days, eh?

Tony has got quotes from bands that played the venues too. Most interestingly from members of The Skunks and Strangeways. I never knew Strangeways (never saw them, never had their single) but I do know they had Ada Wilson as their lead singer. I'm a big fan of Ada Wilson, his "I'm In Control Here" 7" on Barn Records is one of my all time favourite songs...ever. I must admit to have never heard of The Windmill, a club situated in Rotherham United's Football Stand, but for a year or so it too was on the "punk" circuit. Not as famous or as long lasting as The Outlook (or AJ's or The Porterhouse in Retford) but then again it had no stairs to lug the gear up.
The book beautifully captures the age, the era, the violence, the fun, the thrill...just what is like to be a teenager back in the mid 1970's and discovering live fast music and punk rock. For all those who were part of it then and nearing 50 now...buy this book. The book can be bought via Amazon, or direct from Tony at www.ourgenerationpunkandmod.co.uk . No excuse.

It does finish on a where are they now section but fails to mention the whereabouts of Ada Wilson. Does anybody know? Back in the early 1990's I went to see Bill Nelson and Harold Budd play at York Arts Centre where I found myself standing in an adjacent urinal to Ian Nelson (Bill's brother and saxophonist in Ada Wilson's band Tattoo Hosts Vision On). I asked Ian on the whereabouts of Ada then and apparently he was playing karaoke pubs in Wakefield as an Elvis impersonator. Can this be true? I'd love to know.

Pictures:
1: "Out Of Control" book cover.
2: Probably one of the greatest singles ever made.
Posted by Steve at 20:43