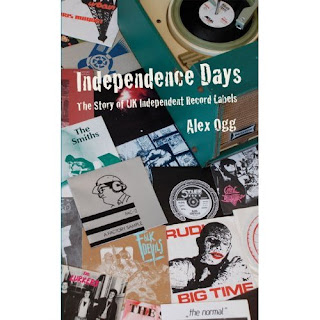 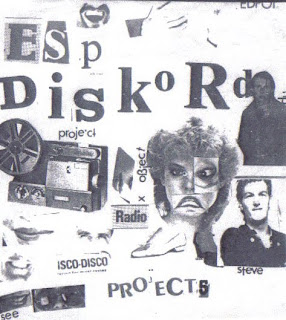 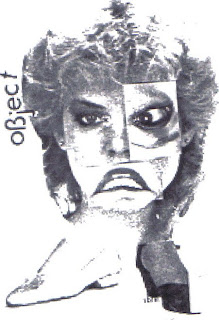 Just finished reading "Independence Days (The Story Of UK Independent Record labels)" by Alex Ogg. My second Ogg book after "No More Heroes". Excellent book that for the last two months has been unputdownable. Excellently written, researched and set out in a chronological way that it all makes sense, this has been my favourite read for quite some time. Alex covers the history of the independent label from the birth of vinyl through the 1940's - Joe Meek in the 1960's and the birth of Virgin and Island Records all in a couple of chapters before he begins the "real" story.
The story begins with Chiswick Records, home of two of the finest; Johnny Moped and The Stukas....well there was also The Damned but they never released ought decent after the "Music For Pleasure" LP on Stiff. (Mmmmmm...discuss). Then comes Stiff Records - which is where I come in to the story really because I got "New Rose" 7" on release. Stiff did have other fine releases like Wreckless Eric's "Whole Wide World" and "Stateless" LP by Lene Lovich - which I bought in Toronto a couple of years ago and still love - and Ian Dury (of course), but they were never a label to collect unlike Rough Trade, Small Wonder, Mute Records, Factory Records, Crass label and Fast Product. the stories of which are all covered + in-depth. Back in 1978 when all I had to rely on was John Peel and the weekly inkies like "Sounds" and "N.M.E." collecting the output of labels was a necessity. The early (or mid '70's) independents didn't have much of an identity, not until the likes of Mute, Factory, Rough Trade etc came along. It was a case of - if it is on Rough Trade I'll buy it. There was obviously the dip (Silicon Teens with Mute springs to mind) but I did use to buy label releases. What I love about this book is that it also covers the really minor labels like Heartbeat, Fried Egg, Industrial Records, The Label etc. All fascinating stories.
So where did it all go wrong? It seems to be when the "major" independents tried to act like major labels and create their own distro and cut out the majors. Try and get their goods in Woolworths and WH Smiths. My thought ... If you want the type of person who buys their vinyl at Woolworths, WH Smiths then you're obviously making the wrong record! Still. Also the set up of The Cartel is where business men came involved, Folk who did not like the product they were doing business with - music - just folk who wanted to make money, and basically they ruined the scheme of things. There is one label that comes out of the story with shiny boots and a big smile on their face and that is Cherry Red Records. (Just go and put the kettle on whilst I check who published this book....ahhhhh, Cherry Red).
The book also mentions the like of Deleted Records, Fuck Off and Mole Embalming and kind of dips a small toe in to the cassette "scene" that sprang up in the late 1970's.
It really is comprehensive and a necessity!
With the recent death of Malcom McLaren and the obituaries that say he invented "punk" etc - nice story, but "punk" was not the story of Sex Pistols and The Clash etc. They both signed for thousands of £'s to major record companies. If anything - the people we have to thank are the likes of The Desperate Bicycles, Daniel Miller and Buzzcocks. (OK - they signed to a major but not until after "Spiral Scratch").
There are no pictures in this book - just filled with information. At the start of the year I got the "Last Shop Standing" book - the story of the independent record shop, I had to give up on this book as it just didn't do what it said on the jacket! If you want to read about independent labels, shops and the people/bands involved then get this book.

Back in 1979 I began my own independent label. "Don't Dance....Collide". It lasted for one promotions night and one compilation cassette release.
Back then I used to follow my Brother-In-Law's power punk band Collide all over the dives and crypts of Lincolnshire. Sunday Night residencies at Nottingham's Hearty Goodfellow supporting Medium Medium, Tuesday Night residencies at Lincoln's Cornhill Vaults with The Void to (even) supporting The Fall on their "Dragnet" tour at Retford Porterhouse. I went from uberfan to live sound engineer, even went to Playground Studio in Wragby to watch them record a "professional" demo. Still got the tape! What Chuck Warner would give for that now, eh? Any way. The Collide demo got rejections, so i decided to put it out as a cassette release and created the label Don't Dance....Collide, the phrase coming from how John (Head Collider and said Brother-In-Law) used to introduce the band. 1980 saw a huge home tape label boom in the UK. I became part of it. As a label introduction I compiled the first release also featuring North Hykeham punk band The Exitz and my project ESP Diskord.
The Exitz featured Mark Collins (an old school friend) on guitar and future BBC Radio Lincolnshire DJ Shaun Peel on vocals...although he doesn't like you mentioning that.
ESP Diskord was myself and Dave Uden. There was a third person involved; Rosemary Ingleton but I don't think she made it on to the cassette release, but I could be wrong.
So the label was set and cassette was ready to go on sale. To celebrate I hired a venue to put on a release party - the sports hall of NKS School in North Hykeham. Not quite the glamour of Retford Porterhouse or even Lincoln's leading venue "A.J's" - but cheap! Problem being now was that Collide and The Exitz suddenly split. Ceased to be!! And we couldn't play because Rosemary was on holiday with her Mum & Dad. (Greece I think). So Dave and I held a promotion "party" with non of the "acts" that were on "Don't Dance.....Collide". We had Sinking Ships and The Cigarettes from Dead Good Records, The Void and Shaun Peel's latest group Vox Populi, all going through Collide's P.A. A good night out. So next was the cassette release.
Taking complete inspiration from the Fast Product "The Quality Of Life No. 2" the cassette came in a clear A4 plastic bag with lots of pieces of paper, lyrics, artwork, and even a badge. (homemade). All for £1 including P+P. I only advertised in "Sounds" but as a stroke of luck John Peel mentioned the cassette on his show. I never heard it myself but the drummer from The Exitz (whose name I have forgotten) phoned Mark Collins who phoned me to tell me! I remember getting a letter from a punter saying that they had heard the tape mentioned on "Peel" and that "John Peel had said that he thought ESP Diskord sounded like Buzzcocks". High praise indeed - if a little off the mark. The cassette sold about 15 or 16 copies. I had a bank account with the TSB at the time and some Norwegian guy had mailed cash in an envelope, so I went to get the money transferred to £ sterling and it cost me more than the note was worth to get it exchanged....Then came a couple of letters of disappointment from folk, strangely enough liking ESP Diskord but not The Exitz or Collide.
The next Don't Dance Collide release was to be a 10xC60 cassette box. My mother worked for an opticians at the time and the boxes that compact lenses came in were ideal for a 10xC60 release and to me they were free - but t'was never to be..both Dave and I lost interest in the admin - then...we split up!! (for a few months).
The label got a mention in one of the greatest books ever published. "The International Discography Of The New Wave" by B. George. The cassette was also mentioned in the "ZigZag Small Labels Catalogue" - I think Mr. George got his info from there but I did get an invite to the book launch party at Heaven Ultradisco in London (late 1982) - S.P.K. + Virgin Prunes live!! Didn't go........ About 10 years ago I gave the book to Steve Underwood - would kill for a copy now of course.

I don't have a copy of the "Don't Dance.....Collide" cassette. It is on my "desperate wants list" along with the cassette "ND7" (with I.B.F.). If googled the cassette turns up on other folks "wants lists" too.....There must be copies (or A COPY) out there.