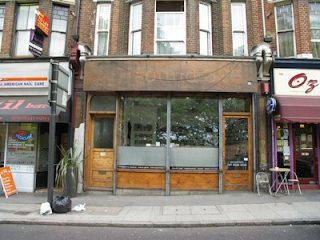 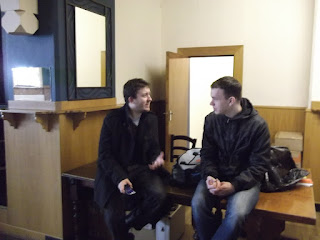 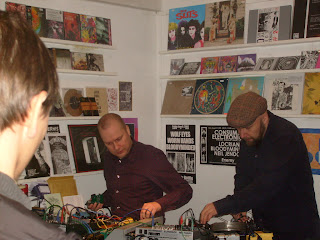 It has come as a great surprise to learn that the Second Layer record store in Archway, North London is to close this weekend. I have only been there on a couple of occasions, Archway being just that little too North for my visits to the capital but it was a great shop....It put on "in store" shows, my first visit there was to witness a live performance by Testicle Hazard in 2008. It also featured on the great RRRecords album "Record Store Record", perhaps a curse of that LP - with Hospital closing down in New York ... conspiracy theories please....
I am to understand that Second Layer will continue as a mail order outfit and a label and freeing up Pete's time (Pete J .. the owner) to venture into pastures new....of which (I of course) wish him the best. It was Second Layer that organised the Dieter Muh / Skullflower gig at St Giles In The Field Church just off the Tottenham Court Road in 2009, one of the finest venues I have ever played live in.
Anyway. RIP Second Layer Record shop. Thanks Pete.