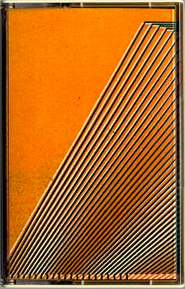 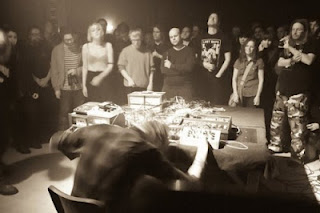 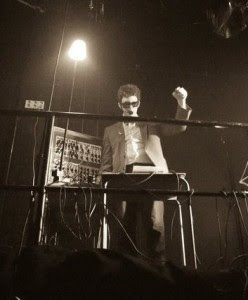 So now it is time for the Euros, and that means that my listening time will be drastically limited, and now the fools at the NHS have decided to put me into the 21st Century and install a computer in my "office", so where I used to listen to CD/CDr's and tapes and jot down thoughts, memories, ideas on what I was listening to I shall now mostly be scouring the noise forum boards and playing spider solitaire...oh yeah, and working a little.
So, I shall be rooting for Sweden in the Euros. Well, Hartop Towers has become part Svenska over the past couple of weeks with packages of sound arriving from Stockholm, Mjolby and Malmo.
Cryme are a (super) duo made up of Mattias Gustavsson from Altar Of Flies and Dan Fagerstrom of Optic Nest and The Members Of Tinnitus (amongst others). Their only release so far is the C30 cassette "The Gentle Way" on the Kosmisk Vag label (Cat No: #16). Six songs in thirty minutes. Yes ~ songs. "Raging Dogs" opens, an instrumental made from looped incidental film music and dialogue. Cryme in "sc-fi" mode. "Eyes Melting" has a crunchy synth sound masking an equally crunchy rhythm. "Running Corpse" has lyrics, vocals, beautiful female vocals. Not what I expected. I haven't heard anything like this for ages. ("Like This For Ages" by Cupol on 4AD Records...one of the greatest records ever made...but I digress). The whole sound now has the feel of Chrome, of mid to late 1970's U.S. West Coast indie electronic music. The Residents certainly come to mind during "Running Corpse" with an old 1970's beat box and synth. Conceptual lyrics from an effected voice...think "The Moles Are Coming".
This tape is FUN. It sounds like it was fun to make and that makes it bloody good fun to listen to on a sunny Saturday afternoon.
Side two opens with "Rat People". I first came across this track on You Tube a couple of weeks ago. The video starts off with two (Xanadu era) Olivia Neutron Bomb look-a-likes exercising in a home built gym, all exercise bikes, dumbbells and head bands. The film is fast cut, movement in one second looping. Both sound and visuals work together well but then the video went slightly soft porn and I was watching it with the kids so I had to switch it off ... I haven't seen it all the way through but it did make me want to hear a lot more of Cryme. (Awful name by the way). "Rat People" has a synth drone with a fast electro throbbing pulse and electronic metal percussion and excellent vocals with deadpan delivery. "Rat People Just Moving Around In Circles". Again the sound is evocative of Chrome, Ralph Records and (early) Minny Pops.
The final two songs are slow pieces. "Class Room Totem" has a sound like a Japanese "Z Grade" monster movie and a vocal delivery like Melanie's "Brand New Key" (I'm not making this up). "Born Never Asked" is plodding keys wandering about all over a casiotone beat and bedtime story vocals.
"The Gentle Way" is a great tape that made me smile and want to play again and again and I want to hear more Cryme. Wanna do more Cryme!
Now I shall move on to a pile of Hasten & Korset releases. I have already had a curious first listen to the latest Altar Of Flies CD on Hasten & Korset "Let New Life Rise In The Face Of Death". This CD sounds (at times) like two albums in one. Some of the analogue equipment sounding very Throbbing Gristle and wild synth pieces playing alongside elemental/field recordings.
All this stuff from Sweden, diverse stuff, being put out at the moment is very exciting...all on small operations, and often ultra limited. I have missed out on so much - always behind the time, me...I like to think I am catching up though. There's a new compilation cassette out on Elbogen Fonogram called "Nordostra Malmo" that will be a must have, and a cassette of Swedish Synth-Pop has been released by Trepeneringsritualen label; Belaten. Entitled "Belaten:A Somatic Response". I played some tracks on the computer at work (those fools at the NHS have given me a computer) ~ bizarre early 1980's UK new romantic electro....Now that was definately not what I expected.