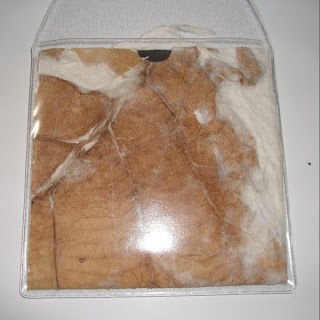 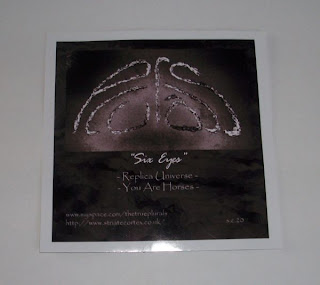 Two things conspired me to play the album "Six Eyes" (Striate Cortex) by Plurals today. Firstly I was starting a new book ("This Is Our Generation" by Tony Beesley. The third in his trilogy of growing up in South Yorkshire in the late 1970's) so I needed some "reading music". By this I mean stuff with no distracting lyrical content or owt with a beat that is going to make me leap up off my chair and want to dance, I don't mean background lift muzak but something that stimulates the brain aurally whilst stimulating the brain visually. (If that makes any sense)? I also picked out a CDr of Throbbing Gristle live in Brooklyn Masonic 16/04/09 - it is like a live recording of "Third Mind Movements". Excellent stuff. Secondly, I glanced at the line-up of this years Wattsfest. Last year I saw an amazing live set from Plurals there and got a copy of "Six Eyes" from Duncan Harrison. This years line-up doesn't inspire the drive up to North Devon to spend a day in a field drinking warm beer and inhaling the marijuana air whilst trying to stop the children from throwing sticks at "weekend" hippies. There is no Plurals. Last year I sent off an E Mail to the organisers telling them I was interested in playing and would do so for free (I do live close by) but they never got back to me. So Plurals "Six Eyes" it was.
"Six Eyes" is split in to two tracks, two tracks built on saxophone, synthesizer, strings and voice. (It could be a clarinet, but saxophone sounded cooler)! The tracks sound improvised and sound like "live studio" recordings. The sound is mellow, calm...I can throw in names such as Popul Vuh, Clock DVA (during their "White Souls In Black Suits" period) and Soviet France...all are invoked here, but then again it has a unique fresh approach which makes me marvel at Plurals. Another thing that lifts the album above the morass is that although the sound comes across as improvised in it's construction, no one sound takes the "lead". All sounds are complimentary, all members of Plurals are tuned in to the same channel. Beautiful.
I notice that copies of this album are still available on Discogs for as cheap as a fiver. Please buy. It is a classic and you will not be disappointed.
I think I'll take it back to work tomorrow.
Posted by Steve at 20:01