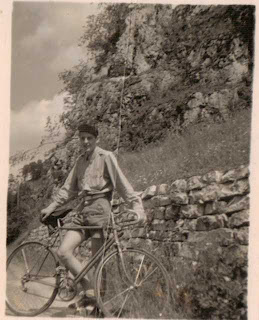 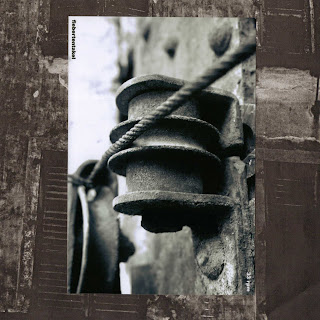 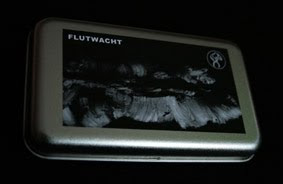 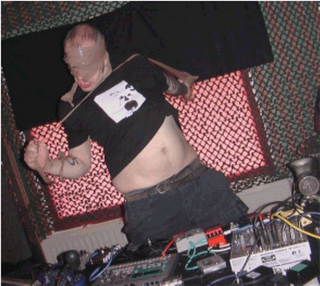 Just been spending a pleasant while listening to Flutwacht (translates to Flood Watch in English). I have been listening to / collect the works of Flutwacht for about a year and a half now, and March saw the release of his album "Nebel" on German label Licht Und Stahl. It was the excellent CD "Mit Nichts" on Licht Und Stahl that first "got me into" Flutwacht.
In 2009 I picked up a copy of the 7" single "Fiebertentakel" on Tourette Tapes (TT#6) from Nuit Et Broulliard. Originally released in 2007 this single has quickly become an all time favourite. Two untitled pieces of art crafted noise. Side One is a symphony of distorted guitar chords slowly grinding out a mesmeric plate of noise (think Glenn Branca) whereas Side Two is the more comforting sound of analog sequencer patterns. A cracking 7" and a must buy!
"Nebel" is an ultra limited cassette release. 20 copies in a metal tin. Mario Lohr (of Licht Und Stahl) has released two albums on the same day - both limited to 20 copies and both packaged in small metal tins. Schusters' "Blac Flies Resplendent On The Blak Moon" and "Nebel" by Flutwacht. Essential collectors items both. For both releases it is a shame they are so ultrally limited as they both deserve a larger ear. (I do know that Schuster is releasing "Blac Flies" on CDr format through Adeptsound later this month).
Flutwacht is working in a similar area to what I am at the moment. Maybe over the last few months his output has "influenced" me somewhat, in a same way that Aaron Dilloway & Neil Campbell have over the past couple of years. "Nebel" is the sound of decay, industrial decay looped into chaos. Starting with simple sound source the tracks (there are 11 of them on this 70 minute cassette) build into an amazing journey that I love to hook onto and take the ride. There are parts which take me back to hearing S.P.K.'s "Leichenschrei" LP for the first time. "Nebel" is instantly likable.

The Flutwacht release list is impressive,especially as it is the work of one man (Daniel Simon) and he also has side projects such as Fieberflug, Shadow Theatre, Amputation Desire and Flesh Crawler. Fieberflug (translates to Fly Fever in English) have also released on Licht Und Stahl.