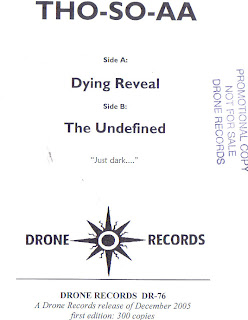 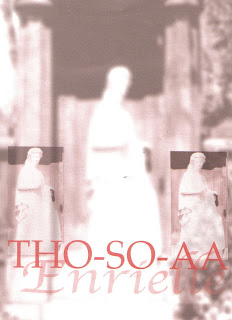 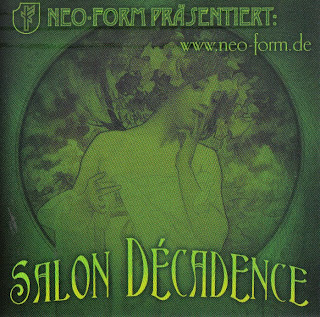 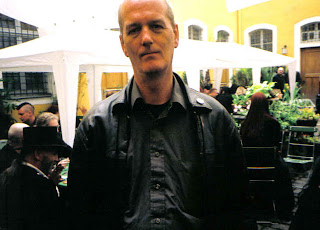 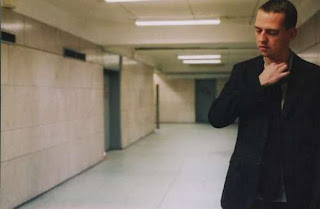 It has been a quiet week by all comparison here at Hartop Towers this weekend, so a time to delve in to the piles and play some stuff I hadn't heard in a while. I am preparing for the Nurse With Wound gig on Friday at the moment and spinning a lot of old Nurse when the chance arises. But today i went with Tho-So-Aa. I cannot remember how I came across this project - I have a feeling it was Mick McDaid - he probably had a cassette or two when we shared the house in Lincoln, but then again I've a promo copy of the 7" on Drone Records from 2005 with a little note from Stefan Knappe saying "I think you may like this". The memory is blurred.
Tho-So-Aa is a great name. It has a magickal ring about it. It must have been the name that attracted me first and Tho-So-Aa is a great name. Enochian. Apparently stands for The Other Side Of AADOM. AADOM being the project Luke (who is Tho-So-Aa) was involved in before this one....(I was told this by a source in Germany.....2006)...
The 7" on Drone is superb. Dark ambient. Very sinister sounds over disturbing vocal samples about stealing children. Excellent stuff. I then found the CD "Enrielle" on German Label "Art Konkret". This release was from 2002 - three years before the Drone Records release. Packaged in A5 with "Gothic" photographs...i.e. Angels in cemeteries, this LP is nothing like the Drone 7". That is not a bad thing, but came as a surprise. The album could be Klaus Schulze or Terry Riley. It has it's moments of unease but is a synth keyboard based album. An excellent CD to do the housework (or read a book) to. It becomes a wash - a pleasant wash but a wash non the less.

2006 and Dieter Muh are invited (by Tesco Org) to play WGT in Leipzig. We jumped at the offer. The last time Dieter Muh had played in Leipzig was 2000, we were playing an independent fringe gig to the fest' in a venue called "Zoro" with Putrefier. This was part of the Muh/Putrefier/Harbinger Sound Travelling Circus + Freak Show tour of 2000 which I am not too sure I have recovered from. When I am sure....I'll write about it.
Anyway.
Typically, we (Dave and I as Dieter Muh) had no idea who else was playing the WGT. We were booked for 3 days in a very nice hotel on the outskirts of Leipzig and we were playing on the Sunday night.
We arrived - chauffeur driven from the airport with Dave Knight - an old friend who was guitaring for Lydia Lunch on the opening night and Jim - Lunch's drummer an ex-Gallon Drunk sticksman. So - opening night we went to see Lydia Lunch and within seconds were walking out of the venue to watch a group of Schoolchildren play the songs of ABBA on accordion in a small Market Square. I checked the programme to find that Tho-So-Aa were playing in the middle of the afternoon the following day in a place called Sixtina. I had to be there....
Sixtina is quite easy to find, near the Train Station. I love Leipzig train station. That, again, is a story that goes back to 2000 and watching England play football on a huge screen above the platforms trying to drink lager whilst not being arrested and the others just wanting to get back to blighty to be with their partners...but that is another story as they used to say on "Tales Of the Riverbank".
Dave and I made it to Sixtina in time for Tho-So-Aa, the problem being we could not find where he was playing....We walked in to a courtyard full of European Goths drinking Absinthe. Sixtina is an Absinthe Bar. We sat and watched a lady read poetry in German whilst getting our bearings. There were three bars all serving absinthe. A guy set up in the courtyard, synth a-plenty. I settled for the Tho-So-Aa gig. Unfortunately I was watching Shava Sandhava and it wasn't very good. After his set I approached him (Shava) and asked whether or not he was Tho-So-Aa! Whilst I was watching Shava, Luke was playing in the cellar all unbeknownst to me! Gutted.
I bought the CD "Salon Decadence" from Cold Spring. A document of the Sixtina during that day I was there! Tho-So-Aa track is a killer. Shava's contribution is the worst on the CD! Sods Law. Still, Sagittarius tracks on there are excellent and we arrived after they had finished.....

WGT was not wasted on us. Besides not seeing Tho-So-Aa and walking out on the atrocious Lydia Lunch. I saw Spiritual Front - who are a really bad Nick Cave & The Bad Seeds tribute band and a really good Robbie Williams tribute band (from Slovakia) play in the main town square - we were sharing the same hotel (bar) and you have to show solidarity over the Continental breakfast...