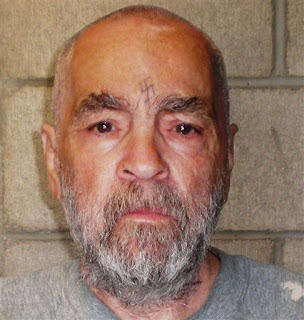 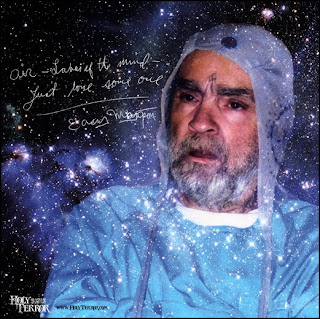 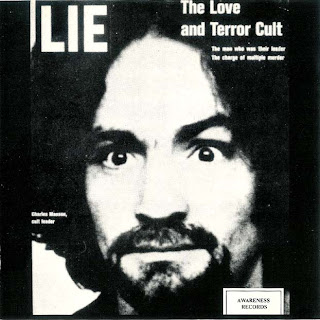 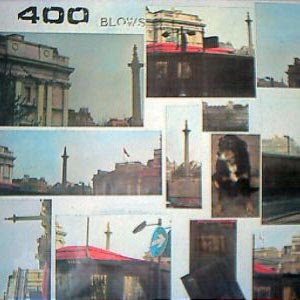 I have always had a copy of the Charles Manson LP "Lie" in my possession since 1985. Mainly because it's a good album.
Folk who live outside my world, but from time to time enter find it strange that I can spend an hour or so listening to the tunes of Charles Manson, but there y'go - and probably why they exist outside of my world....
Why Charles Manson? It's that Throbbing Gristle thing I suppose, I think it was looking through a copy of "Industrial News" back in 1978 that had word on Charles Manson that got me interested. Probably even asked my Mum on her thoughts....
Back then the world was opening and I would have searched out a copy of "Helter Skelter". "Helter Skelter" is a fascinating story, but that is what it is. A story. Ed Sanders "The Family" is a great read too. I have a copy still, rather like "The Occult Reich" and "The Tin Drum" it is a book I have to have in my library.
The fact that Manson made an album was excellent news but I didn't get to hear it until 1985. A housemate of Simon Kane's had a copy on cassette, the cassette that Come Organisation released: Paul Clayton "I thank you". I got a dubbed copy and played it all the time. I just love the songs, the lyrics, the history behind the singer etc. I am not all consumed in the philosophy of Charles Manson if there is such a thing - but the album is like a document of the times and accompanies the books that I had read, and the history behind the recordings is just so bloody fascinating.
I could not believe my luck when I saw a vinyl copy of the LP back in 1990, in Red Rhino Records in York. The version on Awareness Records. It's a sing-a-longa Manson album. One of my favourite Charles Manson tracks is from the 400 Blows LP "If I Kissed Her, I'd Have To Kill Her" on Illuminated Records. "For Jackie M." is an interview with Charles Manson from some US TV programme. Excellent insight in to the mind of Manson. (Like "Lie"). Even today when people ask me how old I am I tell them; "I'm as old as my momma told me". Can't resist it.

I have since (1978) seen endless Manson documentaries, the films such as "The Other Side Of Madness" and the recent Jim Van Bebber movie "The Manson Family" - I bought this dirt cheap when a DVD shop in Exeter was closing down...I bought a picture disc 7" on Spahn Ranch Records and bought ( and very quickly sold) the LP that Overground put out in the mid '90's called "Live At San Quentin". That LP should have been a lesson. An incredibly poor recording of Manson in his cell. I should have learnt my lesson then, but I could not resist the new Manson 7"EP on Holy Terror. It came through yesterday. Very poor. Playing it I got to thinking about Mark E. Smith. If you were sat at a bus stop and a guy wandered up and sat next to you, with a swastika carved in to his forehead and started telling you how he could transform in to a wolf or a spider and how he had a cassette of his songs about how we should all live as a family in peace ... would you invite the man back to your house for a cup o' tea and a listen to the tape or just politely smile and walk away? You could have been sat next to a genius who could solve all the world's problems or an acid casualty.
Mark E. Smith. Genius poet and documenter of our times or Mancunian piss artiste?