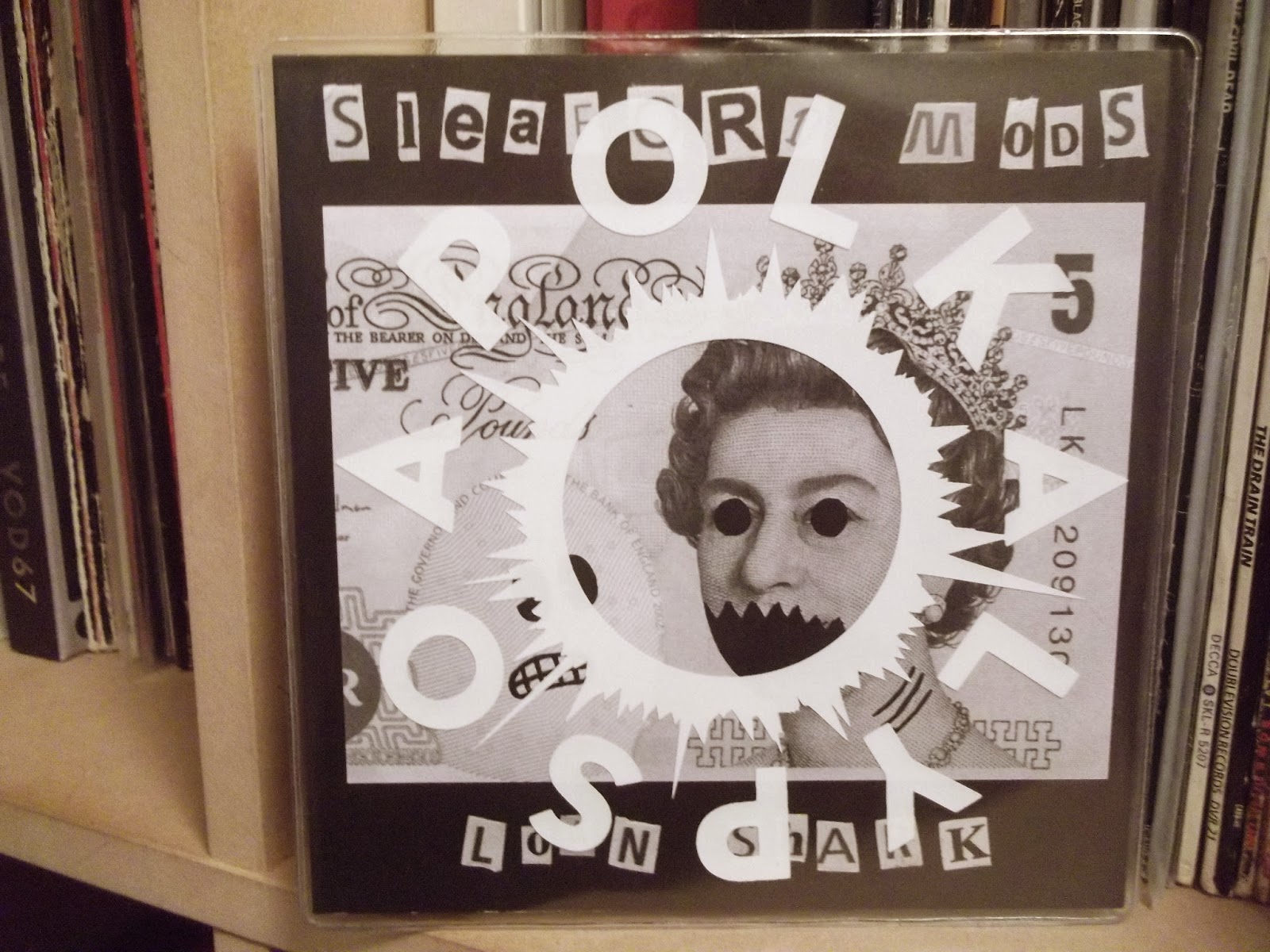 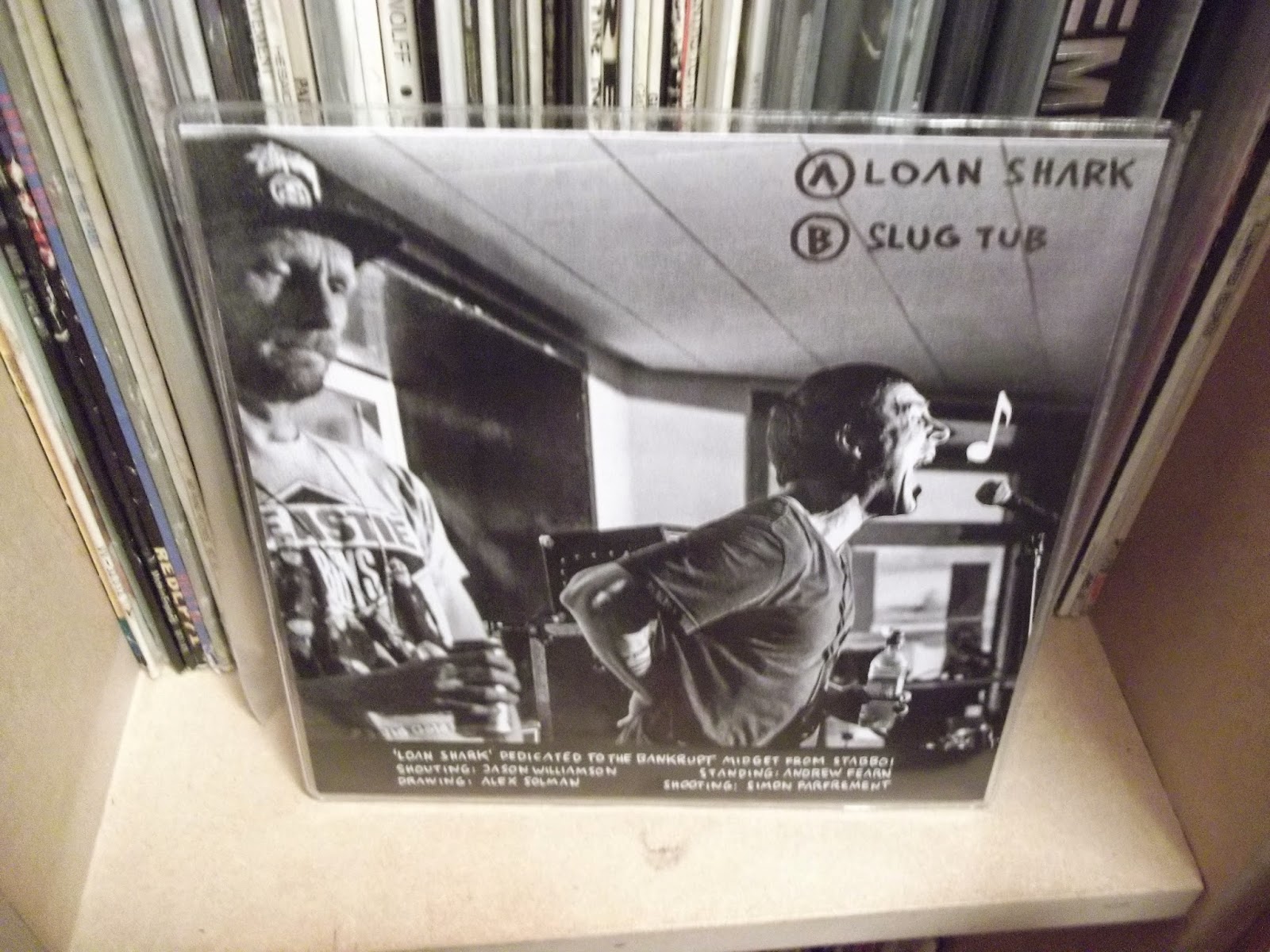 It is very difficult to write about the 7" single - the perfect format - the ideal copy. Three and a half minutes of (in)disposable noise…unless you're releasing on Drone Records then it is six minutes of prime time (well…..) drones.
Proving that they're more than a one trick pony crudely shoved into your back pocket the Sleaford Mods have released "Loan Shark" on Felix Kubin's Apolkalypso label. I did (at first) think it a strange connection .. Felix Kubin the Hamburg based ex Klangkreig member and master of minimalistic tanz-a-techno, but I read that his Apolkalypso imprint is a seven inch label for "anti-hits". It makes sense. It makes more sense after repeated plays of "Loan Shark" with its electro lounge feel, the Sãhkȏ vibe, the ghost of Jimi Tenor. A great progression in sound for Sleaford Mods - the breakdown, the stumble in the middle of the piece is beautiful anarchy … turns to camera and smiles. The B-Side is "Slug Tub", and is more of a dance track, an album out-take. Stream of conscience lyrics punched and barked - a free guided tour round the backsreets of Nottingham. There's a hook line, a punchline a the two for the price of one line. Cracking duck.
Some pages say that's limited to 100 copies, some say 300, some say 500 - it doesn't really matter just go out and bag the fucker …

http://www.gagarinrecords.com/?str=apolkalypso
Posted by Steve at 14:21