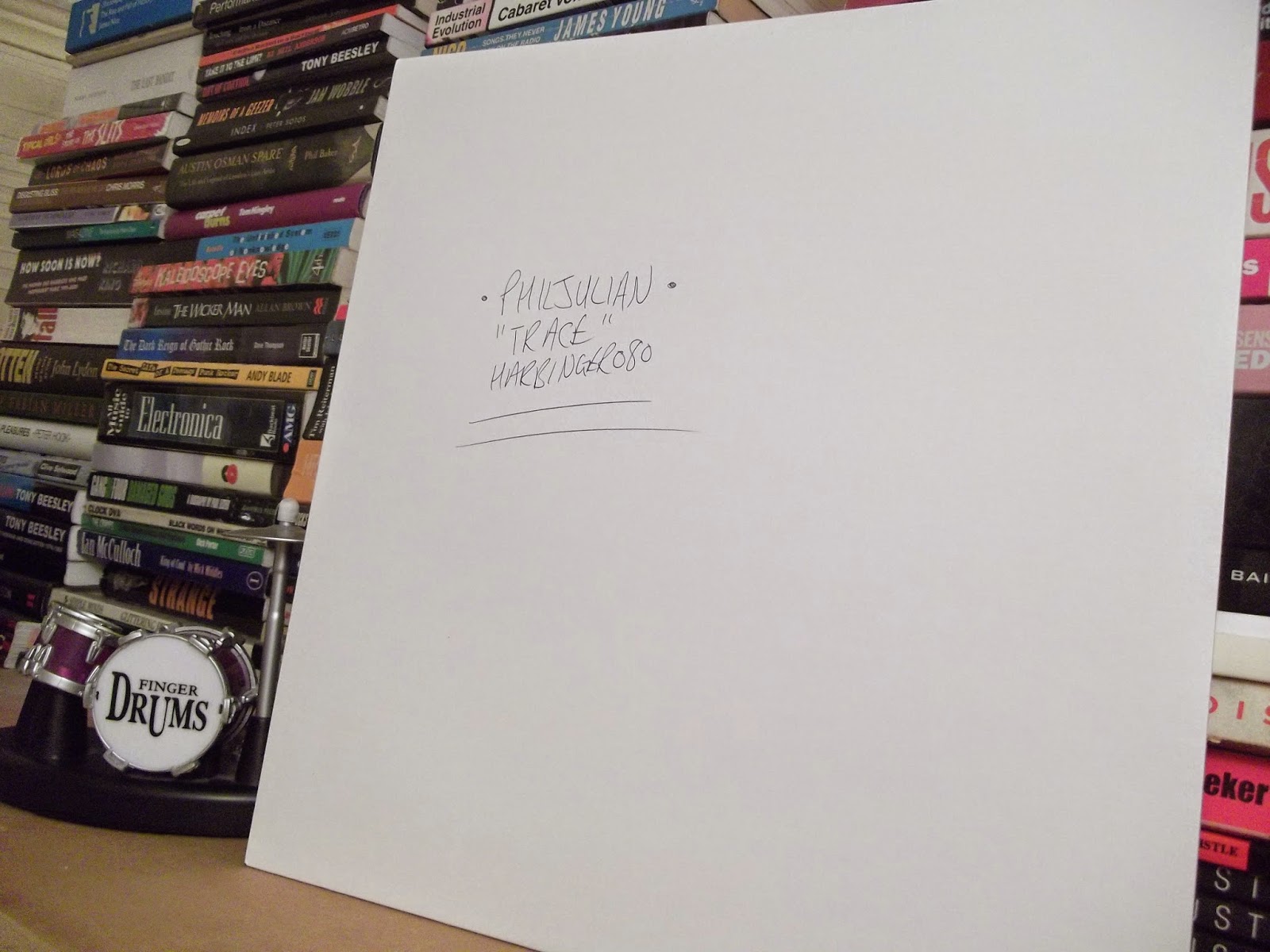 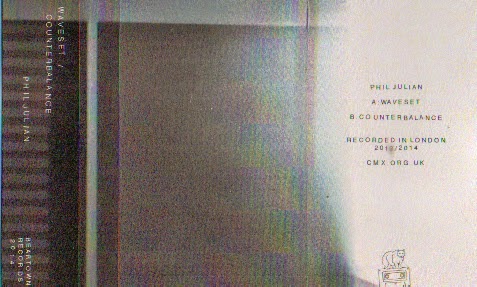 I have been spending time with the sounds of Phil Julian. Phil has been rather busy of late with solo releases as well as putting out recordings with Jason Kahn, Ben Owen and Dieter Müh. He has also been busy on the live front with solo gigs and being part of the project The Seen and a series of "duo" sets at the Cafe OTO with Tom Mudd and Angaharad Davies. Quite the man of the moment, and there's more to come with a projected duo set with Mark Durgan at Harbinger Soundclash II later in the year.
I was fortunate to get hold of a test pressing for Phil's latest vinyl outing on UK's finest Harbinger Sound. "Trace" is three tracks of finely manipulated electronic tones and textures. I have no titles but side one seems to be two tracks. The first being all crackle and hum, in a very warm way - the whole of side one is very "warm" in sound. Track two starts off with a call to prayer, sustained gourd sounds broadcast from the top of the minaret. Relaxing, building a drone with subliminal Gregorian chants mutating to a symphony of horns a la Glenn Branca. There's a sustained creeping ominous surround that breaks and grinds down to a volume of gas. Side two is one long eighteen and a half minute piece. (I am a DJ - I time everything!). Again, I have no title to hint at the approach / theme but this side is much darker. It has that "mysterious sounds in the dark" feel. Out of the frying pan and in to the fire - on the edge - attempted communication with whatever is out there … as mentioned before, exploring textures and tones. Brilliant stuff - masterful construction that ends in desolation.
I do not know when this LP will hit the streets, but when it does it is well worth getting.

Also released this month is an eponymous C40 cassette on UK's finest Beartown Records. Side A is "Waveset". A track for the circuit bending harsh noise wall fans, full of radio frequency manipulation, about 15 minutes of it before it all ends with the sound of claustrophobia. Tight, anxious, grinding teeth sounds. Side two is "Co-Unterbalance" with more of the same. A great wall of harsh noise a la John Wiesse or the school of Vomir. It just gets to the point of unbearability when it settles down to some sinister low-level vibe like it is all resting, getting prepared for the second onslaught but instead it plays out on a calming peaceful tone. There seems to be a bonus track at the end of side two with more radio dial manipulation. "Waveset #2" hidden away??

The vinyl LP is an instant classic, the cassette release is OK but Phil has done better. If you are new to the sound of Phil and want to start - please get the LP.
Posted by Steve at 16:27