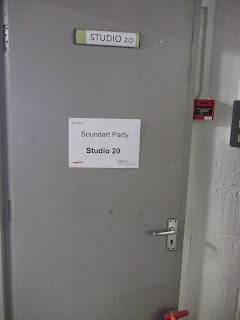 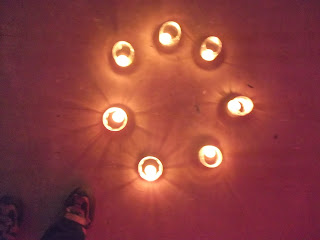 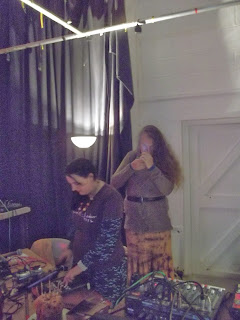 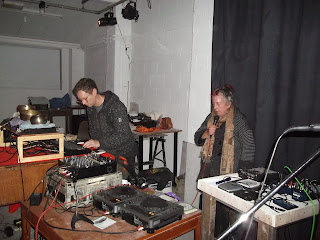 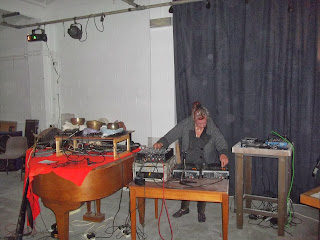 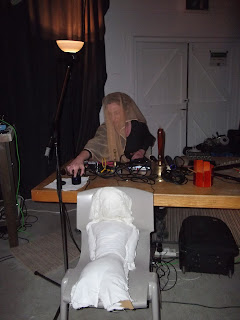 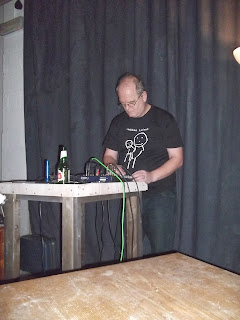 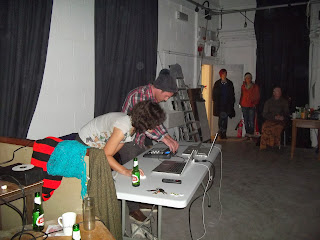 SoundArt radio (102.5 FM) celebrated its' seventh birthday last night and invited a handful of artists to perform a live show to celebrate. I was fortunate to be asked. Studio 20 is a space beneath the SoundArt studio, in the grounds of Dartington Hall.
As mentioned the evening was broadcast live on FM and streamed live across the Interweb.
The evening began with Grymbart (featuring Marg & Byrt) creating a wall of noise with percussive auto-harp, flutes and whistles before presenting the SoundArt Birthday cake. The Oima Orchestra followed … Dave and Maggie with a tableau of electronic gizmo's and boxes to make a greater meditative noise. Tongues were spoken and Tibetan bells were stuck before Alice Kemp performed a sonic seance. I entered the evening by playing some conversations, half heard words and looped rhythms. The whole evening was rounded off by Shokku (from Plymouth). A collaboration between visual artist Hannah E Drayson and Baconhead main man Ben Hudson. Crushing techno beats and "break core". (probably). Good stuff.
I have no idea whether or not the evening will be archived on MixCloud, or released as document - a shame if not as all performers created some quite magical sounds …
Hopefully I'll be around to celebrate the eighth birthday.