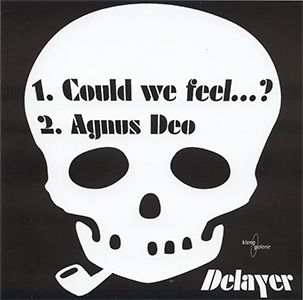 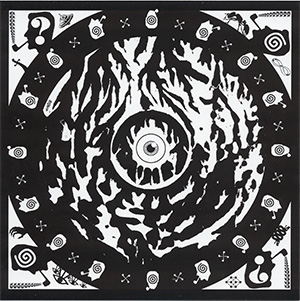 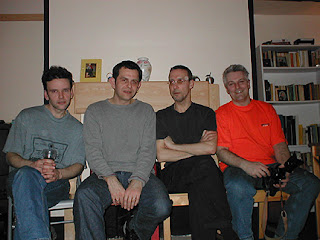 Have just spent a pleasant while listening to the 7" single "Could We Feel...?" by Delayer. This single probably has one of the worst sleeves ever. A badly stencilled skull smoking a pipe, it's a sleeve that I would have happily flicked through and ignored (in the racks), it looks like an old single by The Pirates or some hapless '80's new romantic band. What made me give it a second look is the small "Klanggalerie" logo just above the bands name. Mmmmmmmm....
The name Delayer is pretty awful too. Sounds like a late 1970's heavy rock band, the sort that Geoff Barton used to call "N.W.O.B.H.M." in Sounds. Delayer, sounds like Slayer or a cream that when used stops the sufferance of premature ejaculation. Delayer is actually an anagram. An anagram of Eardley. Delayer is the solo project of ex Soviet France member Andy Eardley. Now the Klanggalerie logo makes sense.
Back in the early 1990's Andy Eardley broke away from Soviet France (yes...Soviet with an "S" - I am old school...I still file them under "S" in my collection) and created Horizon 222. Trance and Dub Ambient were big in the early 1990's and Horizon 222's "Spirit Level" 2x12"EP became a bit of a classic : I was Jim Jones Attorney : The A Side to this 7" (from 2004) isn't much different with its dub style bass line and drifting keys, quite a pleasant listen. Andy hasn't lost his touch or groove. "Angus Deo" is a slower affair with a sample of Cathedral Choir dirging over beating and scraped metal sounds. Imagine Test Department appearing on a Clannad tribute album. This is a great 7" single. A shame about the name and a pity about the sleeve, but if there is a Delayer album out there I'd buy it.

At the same time as buying this 7" I bought another 7" on the Klanggalerie label by If, Bwana. Excellent it is too - I bought them off a chap in Whitley Bay and P+P was £1.10 for two 7" singles. The other day I received a couple of releases by Stuart Chalmers through the post. A cassette and a CD (cheers Stuart .. I'll give them a listening soon) posted for £1.20. Earlier this week I posted an LP off to London for £2.40 - I did go OTT on the card stiffener...I say all this because somehow Touch are charging £3 P+P on a single cassette. I think this is wrong, (It's my blog and I can moan if I want to) and smelling a tad of "rip off" .. goodness knows what their overseas postage is like ... Just thought I'd mention it.