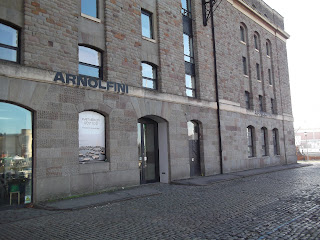 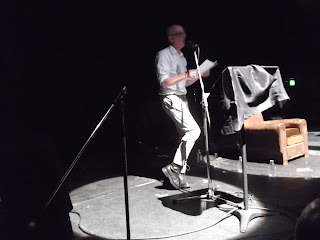 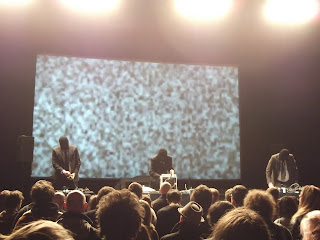 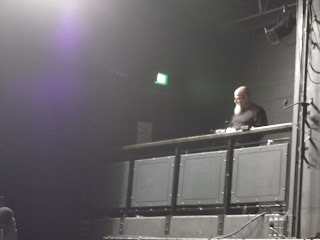 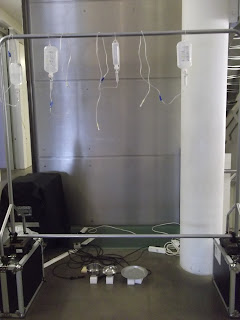 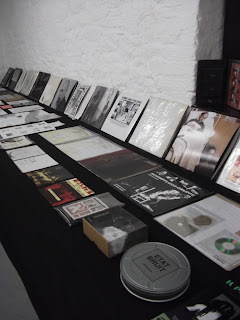 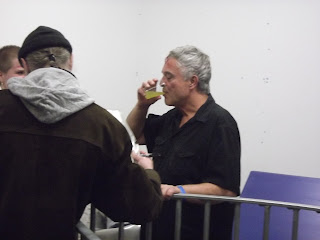 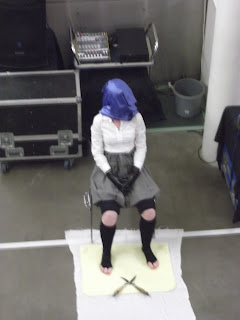 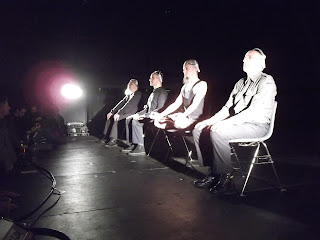 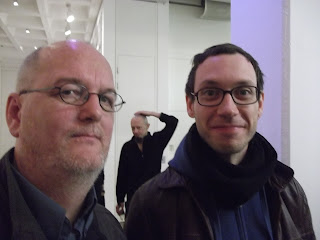 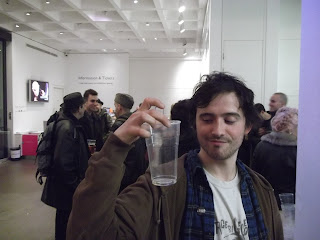 "I am neither competent nor qualified to speak of such things"........
Well, it happened. It happened over a cold and wet weekend in Bristol. It happened and I was there. One of the, if not the event (to happen in the UK) of the year. A festival of extreme music and performance celebrating the work and legacy of the Schimpfluch-Gruppe art collective. I had been looking forward for months...waiting....and it was all very much worth the wait.
My role in the event took a turn over the weeks of first buying the weekend ticket then becoming part of the Vagina Dentata Organ performance, then having the idea of making a 60 minute radio piece from sound recorded in and around the event and being given the thumbs up by Richard Whitelaw to do so.

There will be words written by scribes that are far more eloquent and wordily wise than me. Other blogs, magazines, forum boards, flickr pages, YouTube clips etc...it'll all start kicking into action soon. I am still slowly coming to terms with what I heard and by what I saw and with whom I met. It was one of those events...artists asked questions, gave us meaning and a variety of choice answers.
With making recordings over the weekend I missed alot of what was happening. Concentration on recording rather than performance. An inept train service forced me to miss the opening six hours...the discussions and talks and Wolfinge performance. Phurpa "opened" the first evening with a brief guttural drone-in. Daniel Lowenbruck (from Raionbashi) assisted Leif Elggren in some performance that featured poetry and noise. I am not too certain what was going on here - I unfortunately entered a third of a way into the performance - but the breakneck speed of the pulsating noise coupled with Leif writhing in agony around a 1970's leather chair whilst Daniel poured ever decreasing amounts of milk into bottles formed into a clock face was stunning. I watched stunned. (i did say I was neither competent nor qualified)! The New Blockaders teamed with GX Jupitter-Larsen to give a blistering performance of nihilism. The fourth time I have seen TNB live this year, not quite as stunning as Berlin...but still - classic. In approach, construction, action and destruction. Some idiot threw an empty plastic pint pot at the hooded figures, TNB threw a metal dustbin lid back into the audience. Excellent. Dave Philips opening performance ... darkness, back-lighting, manipulated voice, strobe-lighting, screams, darkness, chaos, balloons bursting, figures running around the blackout. When all was finished I stood and shouted out; "For Fuck's Sake".
I only managed to see two performances on the following day. Rehearsals for Vagina Dentata Organ started at 10am. Intense drumming....followed by a record fair at The Colston Hall. M Vanci Stirnemann had set up a frame of intravenous drips and created rhythmic patterns by letting them drip onto microphoned metal plates. With VDO I was given the instruction to "go to war" and we did. Alongside Vicky Langan, Michael Gilham, Mark Durgan, Tommy Keranen, Robin Dickinson and a few others we drummed as if we were entering battle. Personally this was one of the finest moments of my adult life. I am still in some state of disbelief that I actually was part of it all....but I was...so there y'go.
Joke Lanz and Christian Weber performed as Sudden Infant and told the story of a child who wanted to become "a crane driver" before Rudolf Eb.er gave a magickal performance, some shamanistic ritual and filling the auditorium with the acrid smell of burning vinegar.
The final day was more low key, after a second night drinking until the wee hours - after show drinkies at a lovely little Italian bistro called Renate's on King Street - the audience were still weary and battle scarred. Dave Philips presented a soundscape of insect sounds performed in complete darkness. G*Park created a sound sculpture of sonic magnitude. Joke Lanz performed with Ute Waldhausen and Alice Kemp presented a study in static discipline.
The event closed with GX Jupitter-Larsen, Mike Dando, Rudolf Eb.er and Joke Lanz seated but with microphones attached to their skulls creating sound from deep within thier brains.
By six thirty it was all over and time to retire for a curry and a pint...and an early night!

I missed a few performers, missed the discussions and didn't even find the films...but this was (for me) such a necessary event. It was a very social weekend and was great to catch up with Mark Wharton - check out the Idwal Fisher blog spot...he's bound to spill his words of wonder and wisdom on the weekend soon, Duncan Harrison, Phil Taylor, Adrian Smith, Anke, Michael Muennich, John Eden, Daniel Lowenbruck, Paul Watson, Phil Julian, Chris Bostock, Chris and Wendy Sienko and .......ahh fuck it........too many to mention...

Pictures.
1: The Arnolfini. Bristol.
2: Leif Elggren.
3: The New Blockaders.
4: GX Jupitter-Larsen.
5: M. Vanci Stirnemann set up in the foyer.
6: Part of the display of Schimpfluch-Gruppe releases. (Not For Sale).
7: In the "Green Room" after the VDO performance.
8: Alice Kemp.
9: (L-R): GX Jupitter-Larsen, Joke Lanz, Rudolf Eb.er, Mike Dando.
10: Meeting with Michael Muennich. (Rudolf in background).
11: Duncan Harrison finds the show is over (and the bar is closed).
Posted by Steve at 20:57