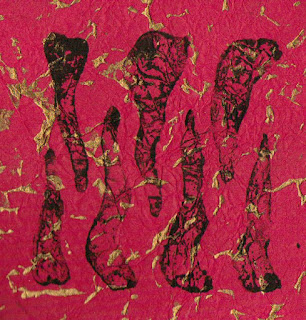 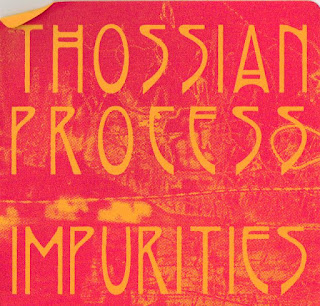 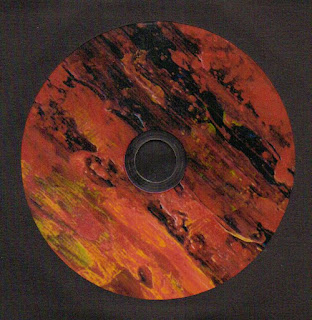 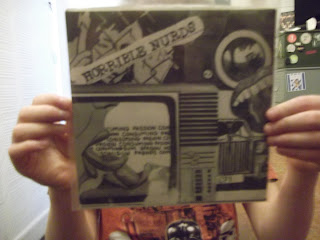 With the release of "Impurities" by Thossian Process, Striate Cortex finds itself in the top three of all time great labels from Lincolnshire. Company Records (Fort Barnes, Rookery Lane, Lincoln) will always hold number one spot for re-issuing "A.C.C." by Robert Rental - probably the greatest single ever released as well as putting out Thomas Leer's "Private Plane" and "Red Planet" by Com-Sat Angels. Half Wombat Records of Gainsborough are in there too. The label run by Horrible Nurds. I was once fortunate to see Horrible Nurds live. They "ambushed" the 1981 Lincoln "Arbo' Fest", claiming the Arboretum Bandstand as their own and creating a sound somewhere between Gong and The Not Sensibles. Great stuff, I played the festival too as drummer for proto-politico-power-pop trio Total Strangers. Other great Lincolnshire labels include Dead Good Records, Don't Dance...Collide Tapes and Cathedral Records. I can't include Deleted Records or Stark because they were (at the time) in South Humberside.
Anyway. I digress. For the past few days I have been listening to Thossian Process and their 28 minute CDr "Impurities". Seven short pieces (sketches) that have the essence of early tape works by Glenn Wallis & NKVD, of Nekrophile Records, of O Yuki Conjugate and in some sounds of Throbbing Gristle and The Anti Group. That is not to say that the sound here is dated. Au Contraire - the sound is "fresh", complex and exciting. The pieces sound as if they are edited down from longer (maybe improvisational) sessions. Perhaps what Thossian Process wanted to get across is contained within the short three - four minutes pieces? It would have been an idea to patch the pieces together to create one 28 minute pieces (with seven sections) ... but that's just me! Because it is on Striate Cortex this release is immaculately packaged. Fuck Off downloaders! The CDr lies encased in a blood red folded piece of card wrapped in black mesh. There is a small booklet with photographs of decay. Information is in black type on black and grey background so I have no idea of track titles or recording history ...
From a letter from head Straite Cortex honcho Andy Robinson I know that Thossian Process is the solo project of Tim Mitchell. Tim was formerly a member of  Crimson Rainbow Facility...of whom I know nowt about, but with a name like that I am not too surprised. "Impurities" was mastered by James Moore of Sapir Whorf so Tim maybe American. Just a guess.
"Impurities" is a compelling listen, a great release to have and one of the best releases of 2012. Within the sound I heard Tibetan bowls, resonating ampnoise, violins, trumpets, analog synthesizers, tape manipulation, tone generators and rudimentary rhythms. Hopefully there will be a follow up release soon.
"Impurities" is limited to 60 copies and is available direct for £6 UK/£6.50 Europe/£7.50 ROW from www.striate-cortex.blogspot.uk No Excuses!

Pictures.
1: "Impurities" Cover.
2: "Impurities" Card Insert.
3: Centrefold from booklet.
4: "Impurities" CDr.
5: Horrible Nurds "Consuming Passion" 7" on Half Wombat Records. 1980. I would stick up a picture of the Robert Rental 7" but my copy is on Regular Records!