These Feathers Have Plumes 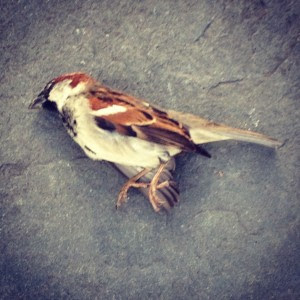 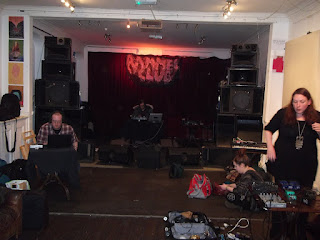 It has taken me a bloody long time and a lot of missed releases to get round to appreciating the sound of These Feathers Have Plumes (TFHP), mainly due to my dislike of the non-de-plume. Hey! I'm only being honest here....
Last month I saw TFHP live at the Rammel Weekender in Nottingham and I was entranced with the sound, the all consuming sound, the live sound of TFHP.
These Feathers Have Plumes is the solo project of former Cindytalk bass player Andie Brown, and at a chance meeting on Nottingham train station after the Rammel event she gave me a copy of "Hegira" a 3"CDr on the US based label Robert & Leopold.
"Hegira" is a journey from an undesirable situation, and the sound on this 20 odd minute masterpiece is very personal. Solitary, slow, warm and soft and very very personal. The sound is created by bowed strings (either cello or double bass) and glass. Live, Andie played wine glasses (filled with various volumes of water) with a violin bow. An incredibly magickal sound. And here the sound is reproduced, at first with an angelic voice hidden in the ether and then in dramatic waves. Very occult based pieces similar to the field Inade + Fjernlys are working in.

When I hear bowed instruments, metal, cymbals, strings etc I immediately think of David Jackman and Andrew Chalk, but "Hegira" is closer to the drone work of Coil or "Soliloquy For Lilith" by Nurse With Wound. It is not as harsh as Organum....but close.

It was an honour to witness TFHP live, a shame to have missed out on past releases but at least I'm clued up now and every future release has my name on it!
"Hegira" is necessary and available from Robert & Leopold - a label run by Ryan Martin of York Factory Complaint - contact Ryan at www.robertandleoplod.com

Pictures:
1: "Hegira" sleeve designed by Ryan Martin.
2: Andie Brown (TFHP) on the far right sound checking at the Rammel, Nottingham 2012. (Phil Julian on the far left and John Wiese centre back).
Posted by Steve at 20:38