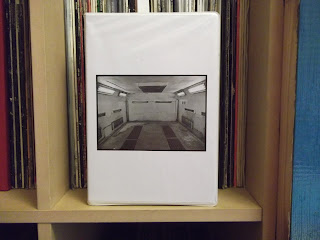 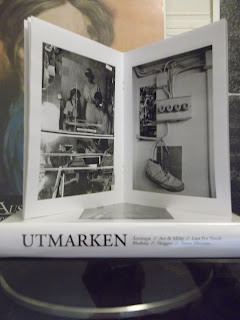 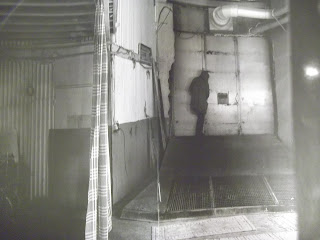 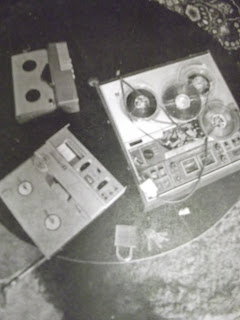 Just spent a pleasant while listening to the 2011 compilation "Utmarken" on the Swedish based Utmarken label. The compilation is packaged in an over sized video case with 3xC20 cassettes and a glossy (black & white) 24 page tract. Ten out of ten for packaging.
Released towards the end of last year this release marked the end of the Utmarken label, although limited to only 200 there are a few copies floating about available for a reasonable price. I was drawn to the tracks by Attestupa. rather like Burial Hex, Cheapmachines and Re-Clip (amongst others) Attestupa are a sound I have heard in the last couple years and I now need to hear their entire catalogue. Attestupa start the compilation with two pieces that sound like one. An opening sound of guitar over noise sounding like a film theme builds to a song, yes song! with lyrics, that has a sound similar to what was being released by 4AD records at the start of the 1980's. Sort Sol, Mass & My Captains are all in there with a psychedelic organ and swirling guitars. Beautiful, and a far better quality recording than their vinyl LP "Begraven Mot Norr". Arv & Miljo bring us crunching static noise leading to ambient feedback with some analog knob crunching. It's a pleasant listen without leaping out of the speakers and grabbing my ears. Arv & Miljo are based in Gothenburg, I would love to hear more. Same goes for Lust For Youth (the wanting to hear more bit...not the from Gothenburg bit...although they maybe, I don't know...but Sweden is a big country). Lust For Youth is an awful name but they provide a great slice of aural moribundia. Heavy droning electronics over a dull thudding (heart)beat. It builds, swirls and then collapses ending with some pointless synth noodles - but it is an excellent track. The Lust For Youth track is coupled with "En Foglig Slav" by Blodvite. (Bloodshed to us English speakers). It is 10 minutes of experimental noise. My notes (I make notes!) whilst listening read: Nothing to sing along with but plenty to listen to. The final cassette starts with Skuggor. Skuggor is the project of David Eng. His track is ultimate lo-fi sampler looping - excellent and (again) more is needed.
Another lure of the compilation was the inclusion of Sewer Election. Sewer Election is Dan Johansson, the man behind the Utmarken label and also a member of Attestupa. Over the past couple of years the name Sewer Election has been mentioned by friends and colleagues, and reading reviews and interviews in various magazines and forum board links I have thought of Sewer Election to be in the same camp as (say) The Rita and The Cherry Point spearheading this new movement in electronic sound called HNW. What I have heard by The Rita has disappointed and Sewer Election is not what I expected. (great song)! "Lamslagen" sounds like The Gerogerigegege morphing into early 90's Smell & Quim and finishing on a sample from "Total Sex". Whereas I don't care if I hear another track by The Rita, I think I'll give Sewer Election another listen - any one recommend a release?

This is a great sounding compilation from a now defunct label, so get it whilst it is still available. Try www.releasethebats.com the Swedish label and distro outlet.