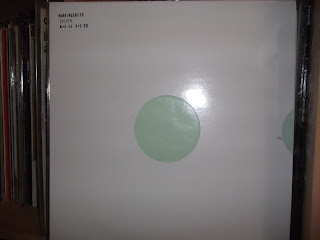 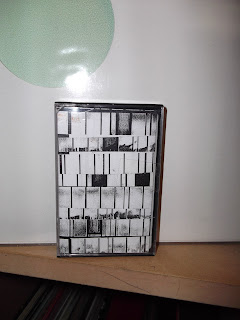 It is great when you re-discover great slabs of vinyl again, bring them out of the vaults (so to speak) and give them a spin and realise what a gem that record is. Happened to me today with Culver. Earlier in the day I was continually playing the Culver cassette release "They Killed Suzie Carter". This album was released by Hyster Tapes in 2008 but only found its' way to Hartop Towers at the weekend. The album is comprised of two long (twenty minuteish) drones. "Girl In The Mirror" is lo-fi rumbling drone with guitar fiddling and found sound stuff, whereas "Girl On The Floor" is more prominent guitar/ampnoise with some keyboard sound drone. Both sides are a great listen and sound fresh even when repeatedly (just) turning the tape over for a few hours. I have no idea who Suzie Carter is or (indeed) was. Any clues?
When I got home I wanted to hear more Culver...I've a few releases littered across a variety of formats, the 2008 7" release on UK label Turgid Animal "Cherry Blossom Girls" more often than not makes it on to the turntable, but tonight I went for the 8" lathe cut single that Harbinger Sound put out a few years back. Two pieces that are very similar to the "Suzie Carter" album. No titles, just track lengths (33rpm). The shortest of the two pieces is a rumbling lo-fi recording of guitar strings being fidgeted with....it sounds like half a dozen copies of Organum's "In Extremis" 12" being played through cheap Tandy 1970's car speakers...a bloody clever sound if you ask me! The longer piece has a more bowed stringed effect and a clearer sound. Meditative stuff. It is a fantastic release limited to only 20 copies and cut onto transparent vinyl. Beauty.

Culver is the solo project of Lee Stokoe. Lee is an extremely busy fellow, running the incredibly hip cassette label Matching Head Recordings and appearing as second guitar to Matthew Bower in Skullflower, as well as being part of Mazuraan and Culver. Culver's discography is immense and I would like to know if anyone has (apart from Lee) every Culver release out there? Like I mentioned earlier, I have a handful and there's not a bad release in there.
I met Lee once, when Dieter Muh played with Skullflower in London in 2009. Quiet chap but busy with Skullflower on the night.....
"They Killed Suzie Carter" is available for 1.5 euro from Hyster Tapes, and if you see a copy of the Harbinger Sound 8" lathe for sale - well done! BUY IT.