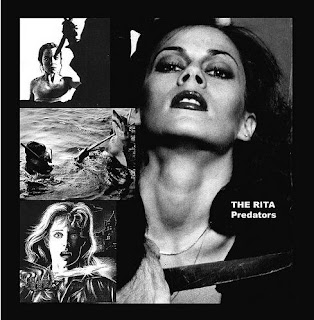 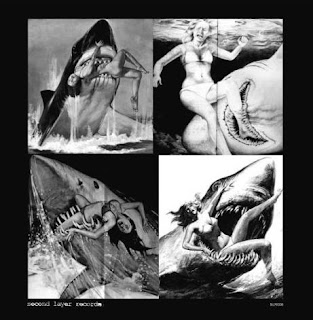 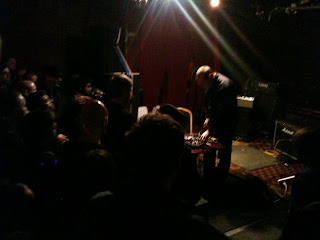 Last week I was kind enough to have been mailed the latest 7" from The Rita. "Predators" on Second Layer Records and very excited by the vinyl I was too. A lot of folk in this neck of the woods (i.e. The UK) have been saying good words about the work / output of The Rita so I was keen to hear this project.
The Rita (Sam McKinley) were over in the UK last November and Second Layer Records ("probably" the finest record shop in the UK) were putting out a limited "tour only" 7" to celebrate the event. I asked a guy who was going to the London show to "pick me up" a 7" and kindly he did, and last Thursday it arrived.
Now you can probably tell by the tone here that I am not too impressed with the single. I don't know what I was expecting but, I wasn't expecting this.
Research.
The single is of underwater recordings made by Sam of a knife scraping a metal bowl.
OK, maybe a touch of Leif Elggren here? I have a 7" of Leif cutting thin metal into the shape of crowns and I still rue not buying his 10" disc of knife sharpening in the Recommended Records closing down sale. But no, the sounds remain untreated. It is, simply, the sound of a knife scraping against a metal bowl recorded underwater.

I understand vinyl as a platform, a canvas for art, but the 7" should have come with some warning, some note saying something along the lines of "underwater field recordings - untreated (the recordings - not the water) - do not use for entertainment purposes".
Ah well.
I will dip my toes in the waters of The Rita again, but next time I will do a little "research" first.