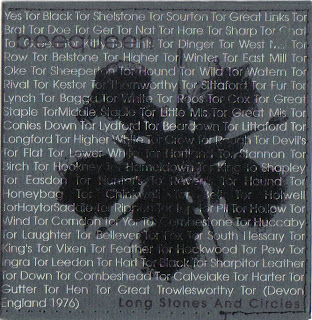 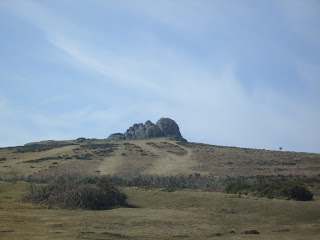 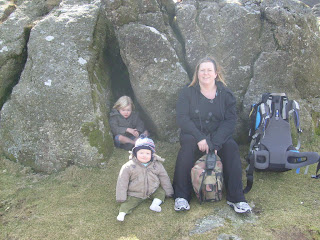 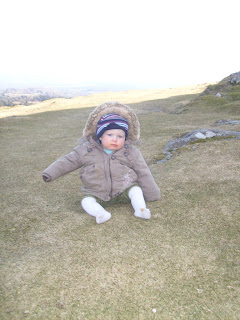 Late 2000 or early 2001 I bought a copy of "Long Stones And Circles" by Beequeen. A 3" CD on the Staalplaat label. I got it in the sale at These Records in London. They were closing down. The first Beequeen release I bought was the "Nouen" 7" Flexidisc, I got that from Bad Records in Leeds. It was in the sale...they were closing down. Both items cost me a pound. A shame these shops closed really as in both cases I had just discovered there whereabouts. I found Bad in 1991 whilst I was living in the Vale of York, cracking shop where I bought cheap (in the sale) Smell + Quim, Intrinsic Action and Merzbow stuff. Just as I moved to York (in 1990) the Red Rhino Records shop closed its' doors. (Die Form 3LP Box Set for £3.00)....Bad timing. Then in 2000 a friend in London says "Meet you in These Records near the Elephant & Castle". I never knew it existed. The next visit I made and they were having a closing down sale.
Anyway. For a pound I bought the Beequeen 3" and fell in love with it. Encased in some leathery type sleeve sewn together with black thread - I had to unpick it to get at the disc - with passages of text written by Richard Long on the sleeve. Track 1 is a reading of "100 Tors" where a Dutch vocal reads 100 tors of Devon. The sound swirling about is organic drones - sounds of insects, birds, church bells. Clever stuff. I love the vocal. All these names meant nothing to me (Vienna) until in late 2001 I moved South to Devon. Firstly Exeter and as of now Saint Marychurch.
Dartmoor is about 15 miles West of where I live, and from where I work and from my (works) window I can see Haytor. I have watched Haytor (almost) daily now for the past seven and a half years. To me it is like a visual magnet. I also have to see the sea every day (which makes travelling and staying inland non-temptful). I haven't seen more than half of Dartmoor but of all the Tors, Haytor is my favourite. Stand on top of Haytor rock and you can see the sea, killing two birds with one stone there - take a telescope and you'll see Hartop Towers-by-the-Sea!
To celebrate the first birthday of Isabel Frances we decided to take a picnic on Haytor. Cheatin' Turkey sandwiches, Mozzarella and cucumber sandwiches, Hula Hoops, bananas and lashings of Coca-Cola. (And veggie Spag Bog in a jar for Isabel). Crackin' stuff. This was Isabel's first visit to Dartmoor (OK we camped in Lustleigh last August when she was 4 months, but this was Dartmoor proper - the wind chill factor taught us that) and she smiled and chatted the whole time, hopefully it will enter her blood as it has Tamsin's and seems to be entering mine.