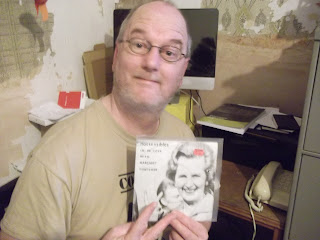 I suppose the question in years to come will be; "Where were you when you heard that Thatcher had died"? Like a JFK assassination or a TG split situation .... Well, I was walking past a secondhand electrical shop at the top of Fore Street in St. Marychurch (Torquay) and saw John Major's face on the 28" Screen of a TV set situated in the shop window. I often glance in as the TV's are all set to Sky News and it is handy to check the time (tricks of the trade for non watch wearers there) ... anyhoo .. I had to take a second look as the banner at the bottom of the page said "Thatcher Dies".
Uncontrollable joy fell upon me as did a beam across my face. Hey Ho The Witch Is Dead. I rushed straight home cracked a can of Holstens finest and slapped some Not Sensibles on the turntable.

There will no doubt be tributes and eulogies written, I'm not listening to the radio or watching TV tonight as history will be re-written and lies will be told as fact ... and `I never want to hear the woman's  voice again.
I have been waiting for this day for so long.
Posted by Steve at 19:35