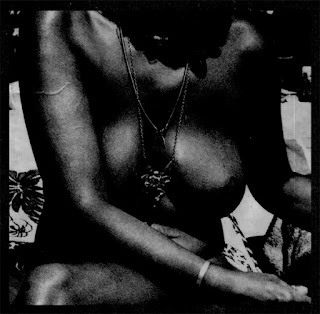 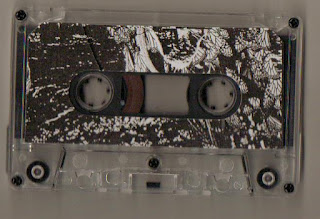 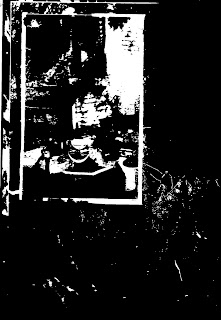 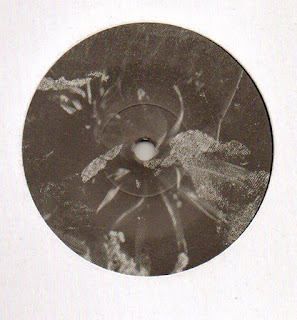 I have been listening to / playing a lot of  "noise" releases over the past seven days (great band). Some interesting stuff coming through the door at Hartop Towers. A package from the Lithuanian Terror label held an interesting Body Cargo / Pogrom CD and an interestingly sounding if not a tad formulaic tape by HNW master Knurl, but the couple of releases I managed to get hold of from Italian label Second Sleep are masterpieces. The Lettera 22 7"/Tape was mentioned earlier, now I am playing the release "Weight" by American based project Rumination. I like Rumination. I have the split cassette with Bestializer and like both sides of that release a lot.
"Weight" is a 7"/ C30 Tape packaged in a box with an insert. Four tracks - all titled "Weight". I played the 7" at 33rpm ... there's no-one telling me to do otherwise. Side A has a slowed heartbeat pounding through a mound of gristle and grind, side B has a more confusing sound with warm waves of distorted oscillation, a broken radio and scratched iron  / scraping metal.
Side A of the cassette is presented in three sections. An interesting slice of experimental music - again, like the vinyl it is slow paced (which makes me think that 33rpm is the correct speed). At the start a heavy 2 note synth pattern is constant, then there's this sound - what is this sound? Could be broken de-tuned shortwave radio or contact mic's dropped in a jar of trapped bees - what is this sound? Whatever, it's a great sound. Second section is a loop of a revving motorcycle and treated voice. Very S.P.K. circa "Information Overload Unit", third part is chaos and sounding like a rework or remix of Side A of the vinyl with a pounding heartbeat and grinding metal / growling gristle. Fifteen minutes is just the correct length.
Now for the second side of the cassette I was expecting a noise attack. I put the tape in the machine and at this point my six year old son (Oscar) came into the room. He described the first ten minutes of this piece as "Star wars light sabres being tested by a babbling brook", and I couldn't disagree.The piece ends by morphing into the sound of wood straining and stretching. Taut sounds, pressure sounds, sounds of weight.
This idea of presenting / releasing an albums length of material in 7" vinyl and C30 cassette in a box with insert is excellent. Style and content - I am mightily impressed with Second Sleep Records. This release is limited to 100 copies and worth hunting down. I want to hear more Rumination, perhaps a split 12" with Knurl?