Iron Fist Of The Sun 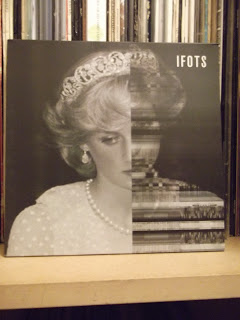 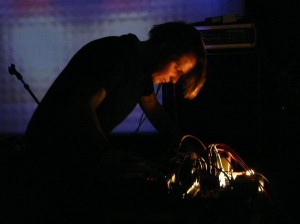 I have just struck a deal with Bristol based distribution outfit and label Peripheral Records to carry copies of the latest Dieter Muh LP - if you want a copy, please go to www.peripheralrecords.co.uk (Unless you are in mainland Europe or USA) - anyway, in return I find myself with a handful of releases by Peripheral Records.

For a while I have been reading about (and seeing the name) Iron Fist Of The Sun on various Forum Boards and in various "noise" based magazines. The name has put me off for a start, also some of the words that have been said in interviews and reviews suggest that Lee Howard (he who is Iron Fist Of The Sun) might shop at Trago Mills (as we say down here in the South West ... when I say "we" I mean "I"). But, all that on board I was keen to hear the sound of the Iron Fist Of The Sun.
I don't really understand the fixation with Princess Diana - again, brought up in interviews and such, but I don't really "get it". OK, in my day all Industrial/Power Electronic bands were obsessed with serial killers, sexual sociopaths, Nazi SS officers and Charles Manson, and that is now deemed passe - but Princess Di?
The cover of the "Embers" 7" is of Princess Diana. "Embers" has a keyboard that is reminisce of the opening to "Something Better Change" by The Stranglers, but slowed down. The rest is like a poor man's Con-Dom (as a lot of power electronics with shouty shouty lyrics is nowadays). The lyrics are indecipherable but I do like the Keyboard...eight notes...simple. The B-Side is called "Bedroom Is Human", an instrumental of bubbling synth and reverse pulse. I have an idea that a sinister aura or evil edge is being attempted but not quite achieved. There is not much new on this 7".

Digging further into the Peripheral Records release catalogue I have enjoyed my time with A Challenge Of Honour (kind of Swans type vocal with kettle drums and guitar) and Fear Konstruktor...and I have CD's by Staalkracht and the appallingly named Tenhornedbeast to pleasure me this evening. Soon to be released by Peripheral Records are albums by Altar Of Flies and Anemone Tube, so they are well worth getting in touch with / keeping an eye on.