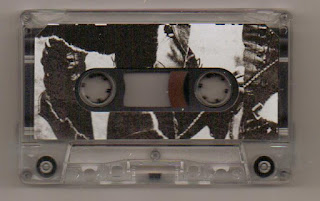 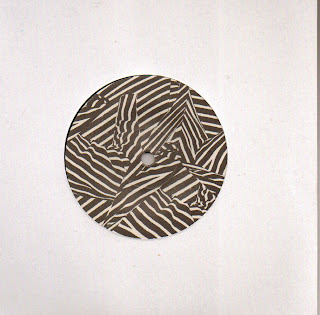 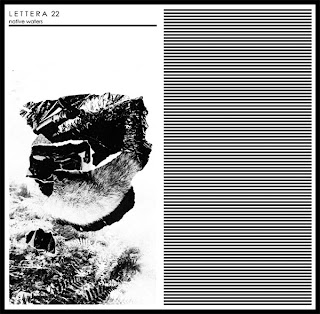 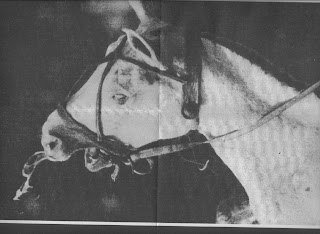 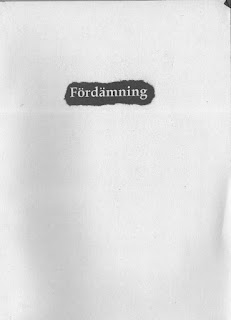 Have just spent a pleasant while listening to the latest release from Italian project Lettera 22. "Native Waters" is a 7" / Tape release superbly packaged in a box with an interesting insert.
I have mentioned Lettera 22 before, I saw them soundcheck at the Broken Flag Festival in the summer and they damn near blew my ears off, then I got the "Lack Of Attention" CD which left me slightly disappointed after the blistering live sound - not that "Lack Of Attention" is a poor album...just a little "patchy". This release came to me out of the blue and contains some of the freshest and most innovative sounds I have heard in the noise realm for a long time...with this release I coin Lettera 22 "Noise-Concret".
All pieces on this release are either "untitled" or have the same title "Native Waters"..it doesn't matter. The tape contains two fifteen minute pieces a side. Side A starts with a steady and controlled build before plunging into noise chaos. A battle royale of effects boxes, home built circuitry and amp-noise. Shades of very early Whitehouse and Government Alpha, before it all fades to leave a claustrophobic and disturbing slice on musique-concret. Scraping, chewing, projecting objects and slamming the furniture. "A piano falls from above". This piece has masterful editing with full on echo and reverb effects. Lettera 22 are two chaps on top of their game....Side B rumbles along like an unmanned underground train on the Northern Line. Radios are tuned and detuned, cavities are drilled and amps are turned up to eleven. A fifteen minute masterpiece of spliced and diced noise-concret.
I have been playing the vinyl at 33rpm, there is no notification to tell me otherwise. Side A is a remix or re-recording of the latter half of Side A on the cassette - this is what you get when you don't title your pieces! Sharpening knives, objects thrown in frustration breaking into a slice of japnoisesque madness ... which is where Side B begins. An MB, M;S;B;R, Masonna & Mauthausen Orchestral style attack before breaking down into contact microphone style scrunching and knob tweedles. A fine example of noise-concret.
This release is essential, a great document for where experimental / electronic / noise music is now. The release is limited to 100 copies and available direct from Second Sleep. (www.secondsleep.org) And whilst you are shopping there - bag the Rumination "Weight" release too.

Strangely enough, I bought the Swedish magazine "Fordamning" a couple of weeks back, a lovely little A5 30 page tract which has an in depth interview with Matteo Castro of Lettera 22 / Second Sleep, a fascinating read. Matteo also records under the name of Kam Hassah and Endless Sea ... more sounds to discover - excellent! "Fordamning" can be bought direct from Release The Bats in Sweden, well worth the Euros. Go to www.releasethe bats.com - I think Peripheral Records in the UK have copies too.