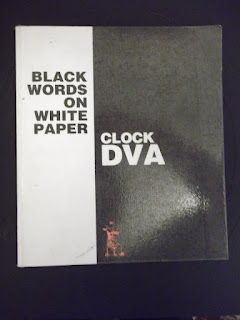 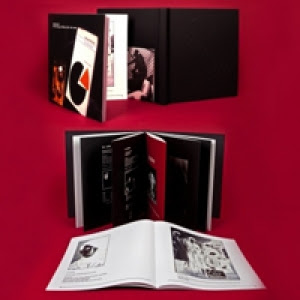 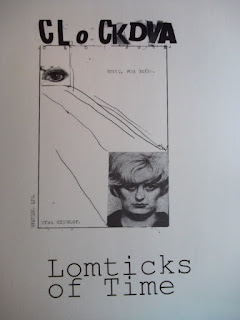 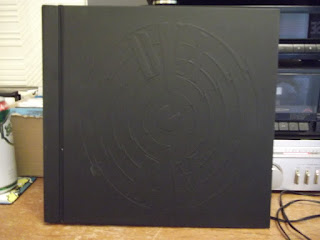 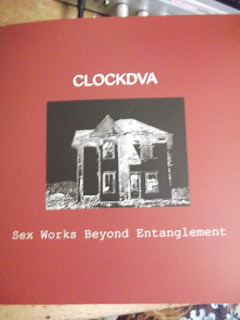 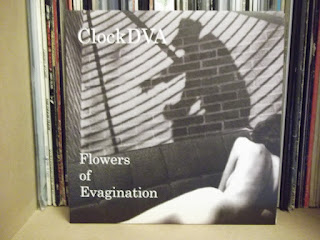 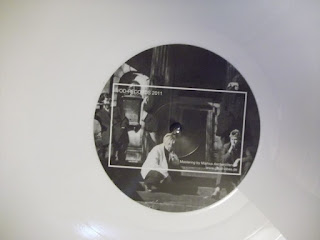 Have just spent a pleasant while listening to the latest release from Clock DVA, a six album and 7"EP box set called "Horology" released by "the masters" Vinyl On Demand.
The last time there was a release of early DVA material was 1992 and the CDEP that came with "Black Words On White Paper" the DVA lyric book printed by Contempo Records, now there is over six albums worth released all in one go....I've had to send the wife and kids out for the weekend to get my head (and ears) around this!
The set (which also includes a booklet and DVD) retails at over £100 so you'd have to either be a DVA fan or collector of late 1970's industrial music to get a copy...or both (like me).
I have a few early Clock DVA tapes already. I have mentioned "Agony" earlier on this blog, I also have the cassette "The Alternative Soundtrack To The Texas Chainsaw Massacre" and odds and sods on various compilations, but this set brings them all together. Classic.
The transfer quality of the tapes is excellent. I know a lot of hard work went in to getting the highest possible quality through baking of masters and digitization processes...but it hasn't been a thankless task....the tracks sound great (thank you).
The works are presented in chronological order beginning with "Lomticks Of Time", the 1978 cassette which features just Judd and Adi Newton. This album also includes the track "Oedipus" which also appears as "Free Form Fetish" on the Konstruktivists LP "Psykho-Genetika" (Third Mind Records). I thought Glenn Wallis was an "early member" of Clock DVA, but he does not get a credit on the box set, so I have been mis-informed. There was certainly some Wallis / Prior To Intercourse collaboration with the tape "Heute" by NKVD...but my mind is slowly losing information...I have the cassette (somewhere).
The next two albums in the set are made from a C90 release called "2nd" and features early DVA classics such as "1958", "Edge", "Le Viol", "Otto M" (13+ min version), "Constructivists" and "Now Haag". After a couple of plays of both albums I can say that these are probably the best two LP's I have ever heard. Ever. Adi's voice through WEM CopyCat, Space Echo effects, the EMS Synthesizer and fuzz tone guitar. The cheap Dr.Rhythm beat box and concrete wall bass-lines...I'm in heaven.
Album #4 in the set includes the "missing" Small Wonder Records 12"EP called "Sex Works Beyond Entanglement". A joy to hear. It includes the track "7 Day Cycle" that was on the CDEP that came with "Black Words On White Paper" (minus the Martin Fry writing credit), and a wonderful DVA discovery "The Pop Hell 2". A cause to dance around my gimp room. I was surprised to hear the tracks as it would have been so out of place with the Small Wonder Records catalogue in 1979. (Cockney Rejects, The Wall, Bauhaus, Patrik Fitzgerald etc).
The early sound of DVA is abstract synths and lyrics, chunky fuzz tone guitar (lead and rhythm) and a beat box. Of its' time, yes - but still relevant.
Everybody loves a history.
The final two LP's are probably the most well known. DVA Demos that floated around on "bootleggers" lists in 1979/1980. "Deep Floor" and "Fragments". The 7" features a small section of live recording from Halifax 1979. "One Minute Silence For The Death Of Sid Vicious Followed By White Noise". Classic - Not as good as "Don't Listen To Mother" (Unfortunately not featured on this box set) but a classic nonetheless!

I have yet to watch the DVD, but whilst spinning the discs I indulged (between sing-a-long moments and dancing) in reading the accompanying booklet and reacquainted myself with Mick Fish's "Industrial Evolution" book and Martin Lillekar's "Beats Working For A Living" both of which give Adi a hard time.
As mentioned - this set is one for the fans....It is worth buying, and if you do not have a turntable - go out and buy one especially for this release. As ever Frank and his Vinyl On Demand have delivered the goods.