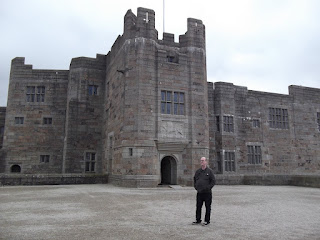 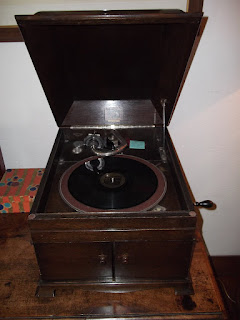 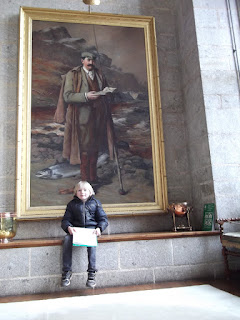 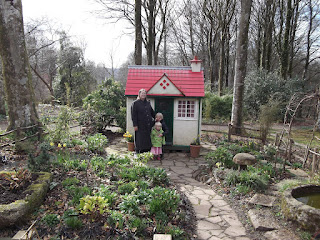 In my role as unpaid and unrecognised tourist information guide to Devon may I recommend a day out at Castle Drogo. Castle Drogo is situated half an hour or so from Torquay (on the Moretonhampstead route) and about 20 minutes from Exeter. Castle Drogo is known as "The Last Castle In England" due to the fact that...it is the last castle to be built in England...situated on the North East corner of Dartmoor. It is not a ruin, part of the castle is still lived in by members of the Drewe family, but some old stately rooms and chapel are open to the general public. Victorian art aplenty...or is that Victoriana?
One of the joys of Castle Drogo are the gardens, the views (over Dartmoor) and the walks through the Teign Valley. Loads of open and run-a-round places for the kids to get lost in an adventure for an hour or so. The walks are dog friendly too.
If you don't fancy the castle you can just park up in the (free) car park and go off on the walks around the valley and castle grounds - there's a cafe too, with Children's play area and a shop that sells...Castle Drogo Ale. I bought a bottle (steep at £3.25 a bottle, but the castle does have a £11,000,000 repair bill on its' hands).
If in (or passing through) Devon, Castle Drogo is worth a visit.