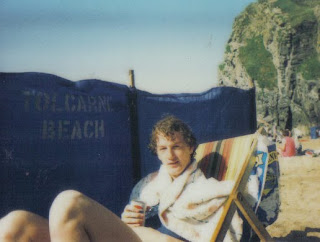 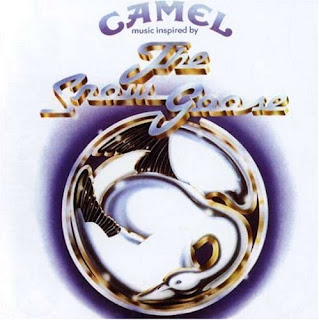 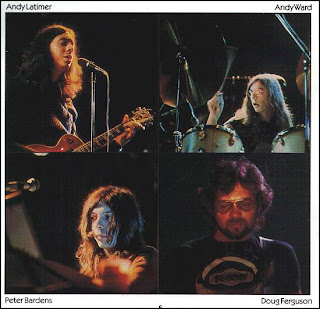 That time has come.
Five or six (great band) years ago I used to trade / buy on EBay. It was a way of getting shot of a lot of the techno electro dubtronik records / CD's I seemed to have amassed in the 1990's and a few of the shit noise I had been sent or bought by mistake over the past ten years or so. I got decent prices for what I thought was unlistenable pantery. In turn I too bid on stuff, mainly records that I lost in 1983 (the great burgalry of '83 that we don't talk about). It was stuff that through twenty years of record fairs, charity shops and second hand vinyl shops I hadn't seen or had a sniff of....I found myself re-buying stuff that I bought when I was 15 / 16 years old.Gems by the likes of The DP's, Gloria Mundi, Ultravox!, The Tea Set..stuff I never thought I would see again like the first 23 Skidoo 7" on Pineapple and the Last Few Days "Too Much Is Not Enough" 7" on Touch. The "From Brussels With Love" cassette and Burlesque's "Acupuncture" LP. For a couple of years I did this until my supply of shite to sell was exhausted and I found myself selling SPK Backstage passes from 1984 and original TG posters...just to get a TV Smith's Explorers "Tomahawk Cruise" single.....I packed in.
An old schoolfriend saw my rapidly growing horde of old records (or friends as I like to call them) and questioned if I would go back to my collection pre '77. No Way I would say!

Yesterday in Brixham, in the Pannier Market situated inside the Town Hall of Brixham that time came. I saw a mint copy of "Music Inspired By The Snow Goose" (with insert) by Camel. 1975. Decca Records. Later to be home to Adam & The Ants and Slaughter & The Dogs (they must like signing groups with "animal" motifs), but in 1975 it was home to prog rock stalwarts Camel. The LP cost me a pound.
Truth be told (and what's the point of lying) I never owned this LP back in the day, my big sister did. Julie was a record buyer back in the mid 1970's and seemed to have a penchant for keyboard based bands...Elton John, Supertramp, Murray Head spring to mind. Fair enough she did like T Rex, Bowie, The Eagles and had boyfriends who brought round their Deep Purple, Kiss and Black Sabbath to play. Liberal parents who let us play music loud and smoke fags. (Not that either of us did smoke fags, but her friends did). Any way, the LP spent more time in my room than it did hers....I think she preferred "Moon Madness".
An inquiring mind and a spare pound coin got the better of me and over the weekend Hartop Towers has been prog rock central! It's not a bad album, in fact it is highly entertaining and listenable. It has its' "prog rock by numbers" bits and the militaristic rhythm building to frenetic guitar solo and electric drums of "Dunkirk" took me back to old bedroom, I nearly unpacked my air guitar. Good stuff. In my defence (y'honour) the LP has a bit of synth noodling...some devilishly moogering and there's one sequencer part (I think "Preparation" on Side 2) that if it wasn't so over produced and glossy could have been on "Second Annual Report"..I kid not but may live to regret that last sentence. There will be times that I'll want to hear this LP again, and it'll sit proudly in my wife's collection! Hey! In mine it would rest between Cabaret Voltaire's "Drain Train" 2x12" and Neil Campbell's "These Premises Are No Longer Bugged" LP and I am too much a vinyl snob to let that happen.....

So, what next...others from my pre '77 collection I loved? Judas Priest "Rock A Rolla" & "Sad Wings Of Destiny", Pink Floyd "More", Tangerine Dream "The Sorcerer", Uriah Heep "Return To Fantasy"? No, I don't think so.