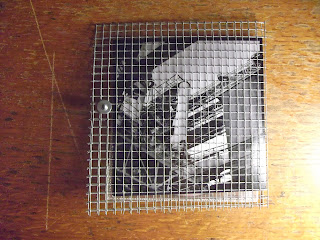 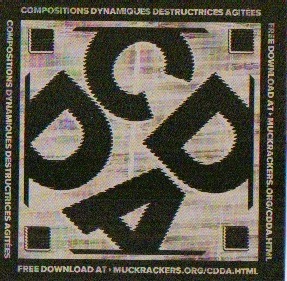 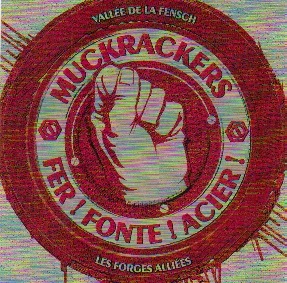 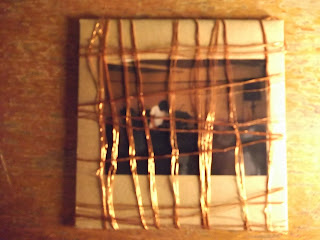 I have just spent a pleasant while listening to the latest album by Flutwacht & Le Fensch Industrial Orkestra. If I made lists for "best album of 2013" and such like then this 53 minute CDR would be in the top five.
I have been listening to and loving the sound of Flutwacht (aka German artist Daniel Simon) for about five years now, he is rather prolific and hard to keep up with with releases sometimes being so limited that they have sold out before I have chance to hit the paypal button .. when I saw this release advertised on the SI Forum I dived straight in.
Limited to 45 copies and on the French "Les Forges Alliees" label, the CDR comes bolted in a metal mesh envelope. Very hard to get out - but worth the struggle and a damned bastard to get back in. It reminded me a little of the wire wrapped CDR by Government Alpha "Breaked Live Wires" that the Mouth Label released in 2000.
53 minutes entitled "1966". I have no idea why. The sound of grinding stone whilst an orchestra warms up in the background starts the journey, the sounds working themselves into a grand drone and the introduction of conversation on a French radio. The sound of a radio tuning into French broadcasts and de-tuning into frequencies and test tones is continuous throughout "1966". The first twenty minutes or so is the sound of the electric drone / hum moving through to a pulse and throbbing crunching moving to a pace of "proper P.E." - the sound of Soldnergeist, Einleitungszeit and Anenzephalia. Powerful stuff which then breaks down to French radio and the journey starts again with electronic noise akin to "Psychopathia Sexualis" Whitehouse and early Non. Voices converse in French and the noises loop into a great mechanical rhythm. This all ends in a murky swill as the radio is de-tuned once more and it all ends on a sound that took me back to the 1980's when I used to play Space Invaders on acid.
It takes a lot for me to sit and listen to a 53 minute piece these days. Three young kids, other noises to play etc .. but this has been on repeat for the last few days (great band).

If you ever see a Flutwacht release - buy!