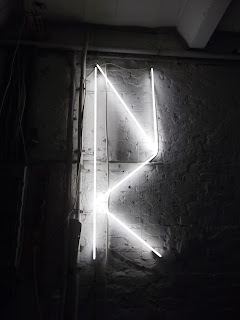 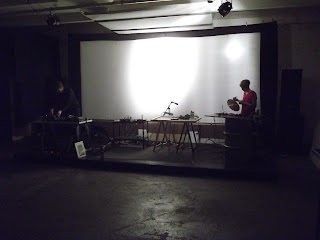 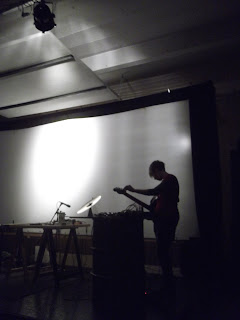 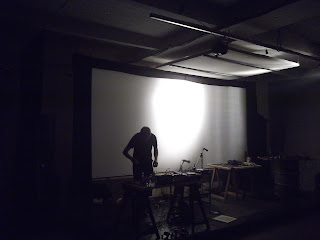 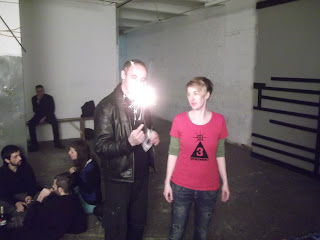 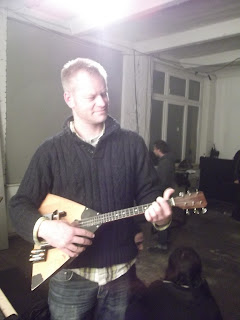 The 48th live performance of Dieter Muh took place at the NK Projekt. The performance was an "experimental" affair with myself being joined by Michael Parker on home made electronics and roto-balilika.
I like the NK. I visited last year to witness The New Blockaders and Vagina Dentata Organ rip the place apart...it is nice to still see Jordi's blood on the walls. NK is one of the finest venues I have ever "played".
Also appearing were Allseits and Feine Trinkers Bei Pinkels Daheim, two of Germany's finest.
Allseits (Nina Kernicke) filled the venue with trance like drone walls that had the seated audience hypnotised. Creating loops from guitar, found sound and percussion..very akin to the sound of fellow Bremenites Troum. Loud it was beautiful.
Feine Trinkers Bei Pinkels Daheim created a wondrous racket using radiowaves, turntable looping and contact mic's. I saw F.T.B.P.D. live in London a few years back and t(he)y remain one of my favourite live sounds. Watching Jurgen "fidget" around his table of gadgets and then listen to the sounds created is fantastical.
Dieter Muh crawled onto the stage at around 1 in the morning! Michael and I had played around with sounds together on a couple of occasions but wanted to leave the improvised nature (and sound) fresh for this gig. I have listened to the gig (Thanks Julian for mailing it so quickly ... and cheers Tim for putting on CDr) and there are moments that the sound really worked, but there are moments where my concentration lapsed and sound levels were flying about the place. It was strange being a "two-piece" again after four years of solo performances.

It had been an ambition of mine since the age of (about) 16 to play live in Berlin, and now realised the ambition, and fully enjoyed the experience. The sound will be totally different in June though at the Berlin Epicurean Escapism Event.
If anyone took pictures of Dieter Muh live please get in touch as I have none for my "archives".