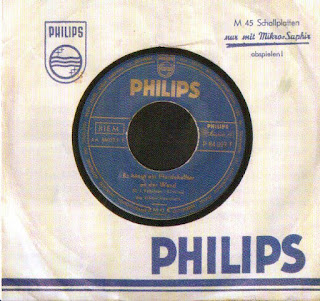 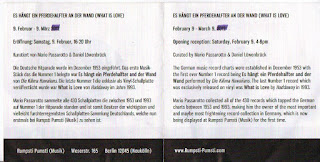 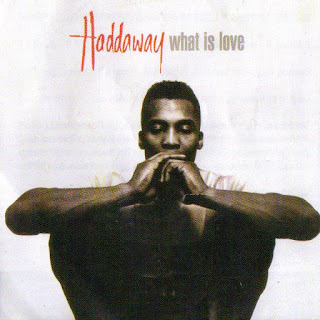 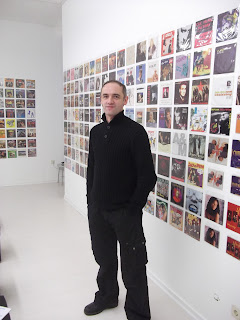 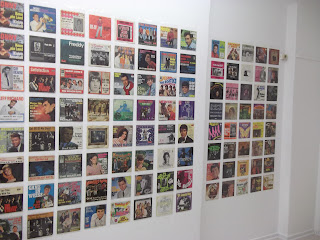 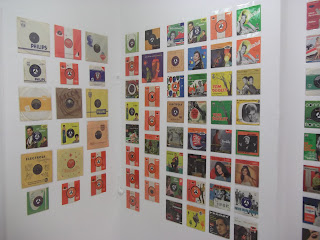 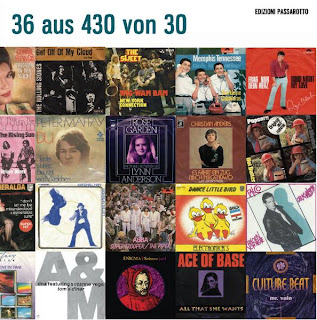 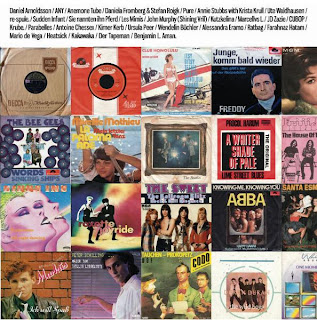 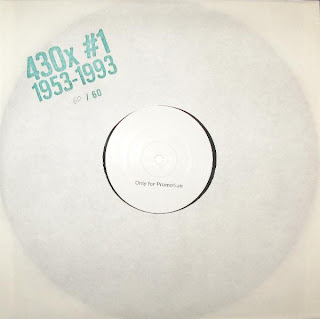 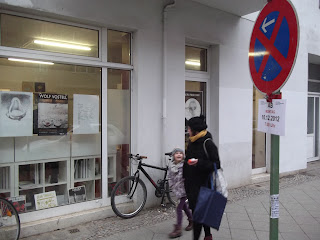 Whilst in Berlin I managed to make it to Daniel Lowenbruck's shop; "Rumpsti Pumpsti (Musik)", the kind of record and tape shop we British only dream about (since the closing of These Records). Part of the shop has a gallery / exhibition / performance space and showing now is the Mario Passarotto exhibition called "Es Hangt Ein Pferdehalfter And Der Wand (What Is Love)". Beautifully displayed is 430 vinyl records that reached number one in the German charts from its inception in 1953 up until 1993 when CD Singles sales also counted thus making Happaway's "What Is Love" the final (exclusively) vinyl single ever to reach number one in Germany.
It is a fascinating idea. Chatting to Mario the idea came when he and Daniel were listening to the radio and realised how many "old tunes" they knew the words of, and how pop songs had seeped into their sub-conscious. Audio osmosis in action. This sparked off the plan to collect all 430 number ones and like true record collectors - it is only vinyl that matters.
The collection begins with a few 10" shellacs...including the first number one by Die Killma Haiwaiians. Back in the 1950's it was quite often that the song and not necessarily the artist that reached number one so the same song could be sung by two or three artists and in two or three different languages, it was the sales figures for the song that determined the chart position. The 1960's was the boom of the picture sleeve and the novelty song with some of the sleeves appearing quite "sinister" with pictures of folk who should be on a sexual register rather than a top twenty chart.
It is a great exhibition, and for an old vinyl and chart nut like me unmissable. If you are in Berlin please pop along. Rumpsti Pumpsti (Musik) is on Weser Strasse in the Neue Koln district. Mario was saying that the exhibition may tour.

To commemorate the exhibition Mario has released a double cassette featuring some of his friends and favourite artists to do a cover version of their favourite number one, I picked a copy up but have yet to play ... also Daniel Lowenbruck has layered all 430 records into one track...this I have played and is quite superb. Noise?...yes, but with rhythms and loops to hold on to and a fantastic end that I will not ruin! This is a one sided 12" available at the exhibition and released by Rumpsti Pumpsti Editions label.