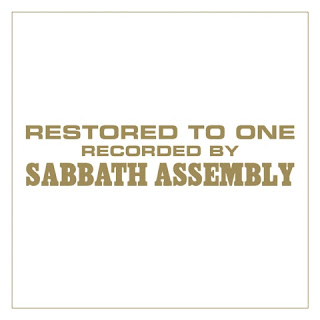 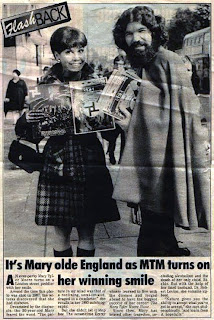 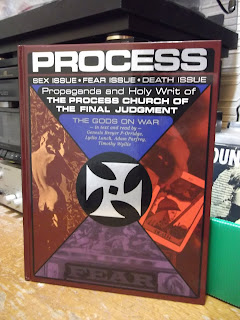 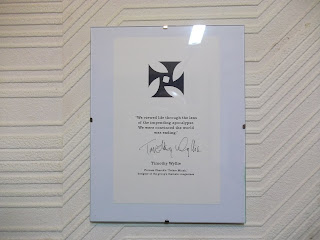 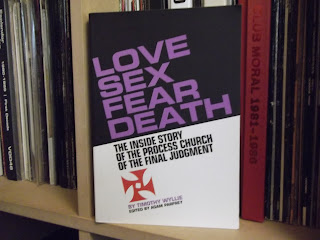 Years ago, I mean years ago, fucking years ago I was at a sleep over with a couple of friends in Sleaford, Lincolnshire. Andy was looking after his younger brother Richard whilst his folks went abroad so myself and Gary took the trek from Manchester to Lincolnshire to help him out - and to ship in supplies. One night we took to watching the Frank Howard movie "The Other Side Of Madness", the low budget 1970 docu/drama explaining the Manson Family. It was here that the three of us were hearing (for the first time) a couple of original Manson songs. "Mechanical Man" stood out as a classic and we (stoned) decided to learn all the Manson Family songs and do a live gig as "The Family" or "Family Entertainment". Like all great stoned ideas nothing became of it...although a couple of years later Andy, Gary and myself morphed into the three-piece Rise.
(As it happened, in the 1990's folk were covering Manson songs willy-nilly, I used to own the various artist compilation 10" LP "Comin' Down Fast" before I discovered E Bay).

I am reminded of this (babysitting) weekend (fucking) years ago whilst I am listening to the album "Restored To One" by American band Sabbath Assembly.
I love this album. It came with the recently published book "Propaganda Of The Holy Writ Of The Process Church Of The Final Judgement". A sort of follow on from 2009's "Love Sex Fear Death:The Inside Story Of The Process Church Of The Final Judgement". Both published by Feral House. I have yet to find the time to read "Propaganda" - it is a glossy repress of the Process Church magazines from the late 1960's - but "The Inside Story" was a fascinating read and an unputdownable book. Undoubtedly The Process Church were a cult, and like The Manson Family, David Berg, Jim Jones, Aum Shinrikyo and David Koresh; I find cults and the operation of cults fascinating. So, with the book came a signed postcard from Timothy Wyllie and this CD by Sabbath Assembly, a group I know nothing about. It is on the Ajna Offensive label. The only other release I own on this label is the Ultra 7" "Dedicated To Hans Bellmer", I think I need to discover this label more.
Sabbath Assembly have got hold of some original Process Church songs and arrangements and recorded them as if it was 1969. On the whole the songs sound like The Partridge Family mixed in with The Young Generation / The 2nd Generation and maybe The Swingle Singers. It is fantastic sing-a-long stuff with the touch of cult madness, and of course there are some great lyrics in there. "Come Children Arise".
"And The Phoenix Is Reborn" sounds like a Gloria Mundi song recorded in 1970 by Merrliee Rush whereas "Judge Of Mankind" has a full psychedelic rock-out section that would not be out of place on a live Doors bootleg. The album ends on "The Time Of Abaddon". Not (unfortunately) a paean to the drummer Tony Bray of Venom but a warning about a journey into the pit of hell! It has a great 60's Spaghetti western feeling to it.

I own Charles Manson's "Lie" album as well as the soundtrack to "The Wicker Man" and love and play them both (regularly). I own/have nothing else like these albums in my collection. Sabbath Assembly's "Restored To One" joins this list. I love it. I can imagine myself, Gary and Andy attempting and playing these songs back in the mid 1980's. It's a classic and a welcome addition at Hartop Towers.