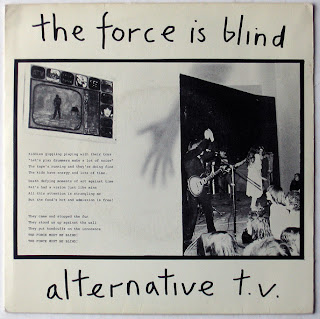 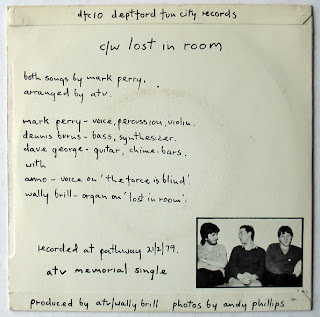 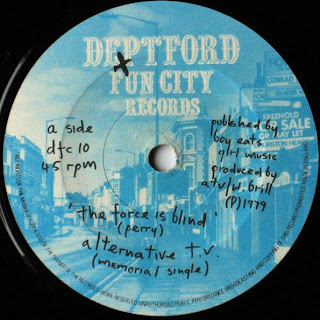 First of all I would like to apologise for not mailing out Christmas cards this year. I have all my details / contacts etc listed in my "Orange Web Mail" address book but two weeks ago Orange Web Mail decided to "crash" and all my contacts were "lost"...hence addresses be them snail mail or E Mither were gone. Christmas Eve and Orange Web Mail restores the address book - but too late to "wish folk" a happy Christmas etc. I apologise. I know I could use an address book - I did have one but Isabel (our youngest) decided to rip it to shreds, I got an address book for Christmas, I shall keep it hidden from prying fingers!
So, I wish you all a belated seasons greetings and hope that Santa brought you all that you wished for..he did me! Amongst the boxer shorts and copious amounts of port came the Mark Perry book "Sniffin' Glue" a collection of all 12 issues of the punk fanzine. I started reading it today. For reading soundtrack I decided to put on some old Alternative TV records. My favourite ATV single is "The Force Is Blind" released on Deptford Fun City Records in 1979. I am very very partial to the 1981 7" "Communicate" (on IRS), but "The Force Is Blind" is special. There is no other single that sounds like this one. The eponymous A-Side tells of the trials and tribulations of touring with Here & Now and the free festival "circuit". The three members of ATV swap instruments and present a sound not too dissimilar of Gong and/or The Mothers Of Invention. Mark Perry bows a violin whilst Dennis "Side" Burns wanders around a synthesizer and Dave George hits the chime bars. Anno of Here & Now warbles and wails before the sound effect of a police raid comes in and the track wanders off with a plodding bass line courtesy of Dennis and tries to enter a "free-jazz" phase but fortunately the track ends before it all happens.
The B-Side is "Lost In Room". A (post) punk classic. It has one of the best intro's ever! It is up there with the Mekons "Where Were You". Yep! It is that good. Mark Perry drums like Genesis P-Orridge - clumpy and plodding but it fits the guitar riff so well. (Like St James Park will always be St James Park, Genesis P-Orridge will always be Genesis P-Orridge). "Lost In Room" is a tightly built punk anthem with Mark Perry spitting out classic Perryisms such as :
"Spittin' On The Guvnors Carpet" + "I'm Already Numb....Not Any Movement"+ "DJ Mandy played records all night whilst I sat in the corner shivering from fright". It is pure poetry. "The exhibition stopped the moment I entered, the artist refused to talk about their work". Genius.
Mark spits out the saying "A Spent Force". I remember loving this saying at the time and wanting to call my first band this name...but So Commercial was the name pulled out of the hat (...as mentioned elsewhere on this blog). Then Skullflower had a single called "Spent Force" and I decided it sounded more like a Norwegian test pilot than a vicious riposte.
The single has a hidden track, a strange version of "Vibing Up The Senile Man" that sounds more like The Pop Group or Rip Rig & Panic than ATV. Jazz blurts on the trumpet and saxophone whilst voices claim that they are vibing up the senile man a la Last Poets....does anyone know who is on this track?
The single is produced by Wally Brill. In 1979 Wally produced this single as well as another great 7"; "Them Or Me" by Medium Medium. Apparently in 1997 Wally released an ambient album as The Covenant...love to hear it.

If you ever get chance to buy this record...please do!