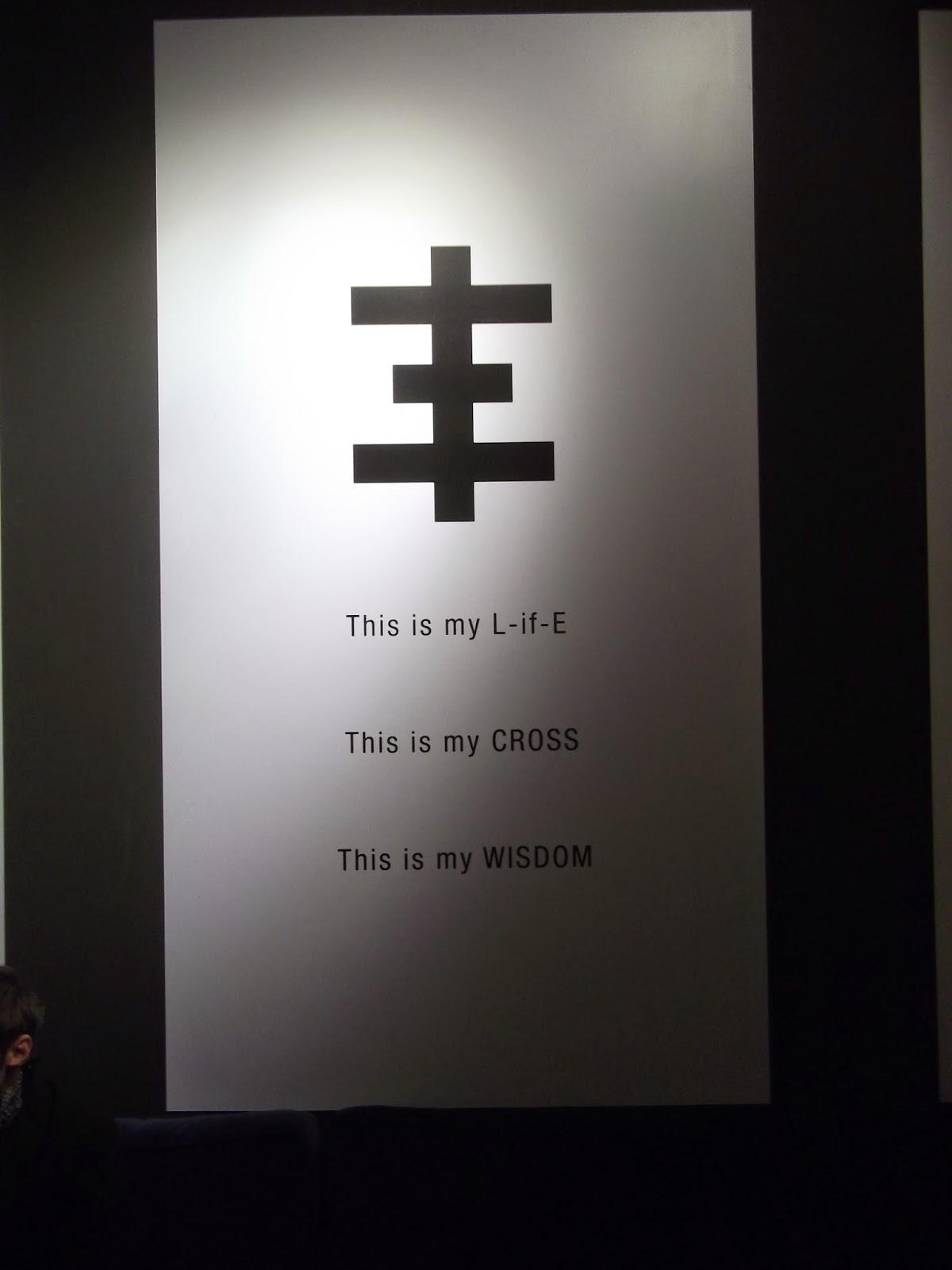 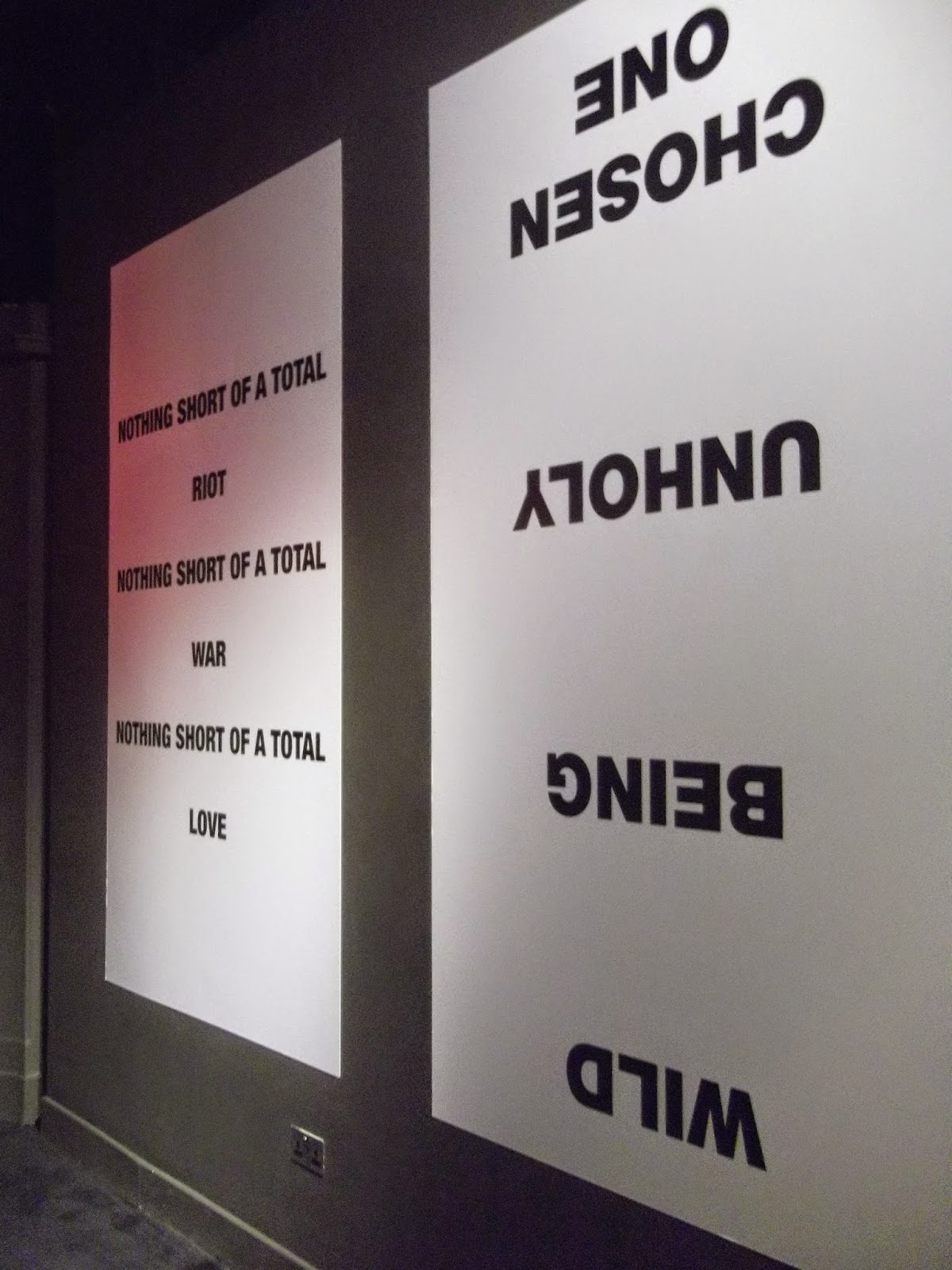 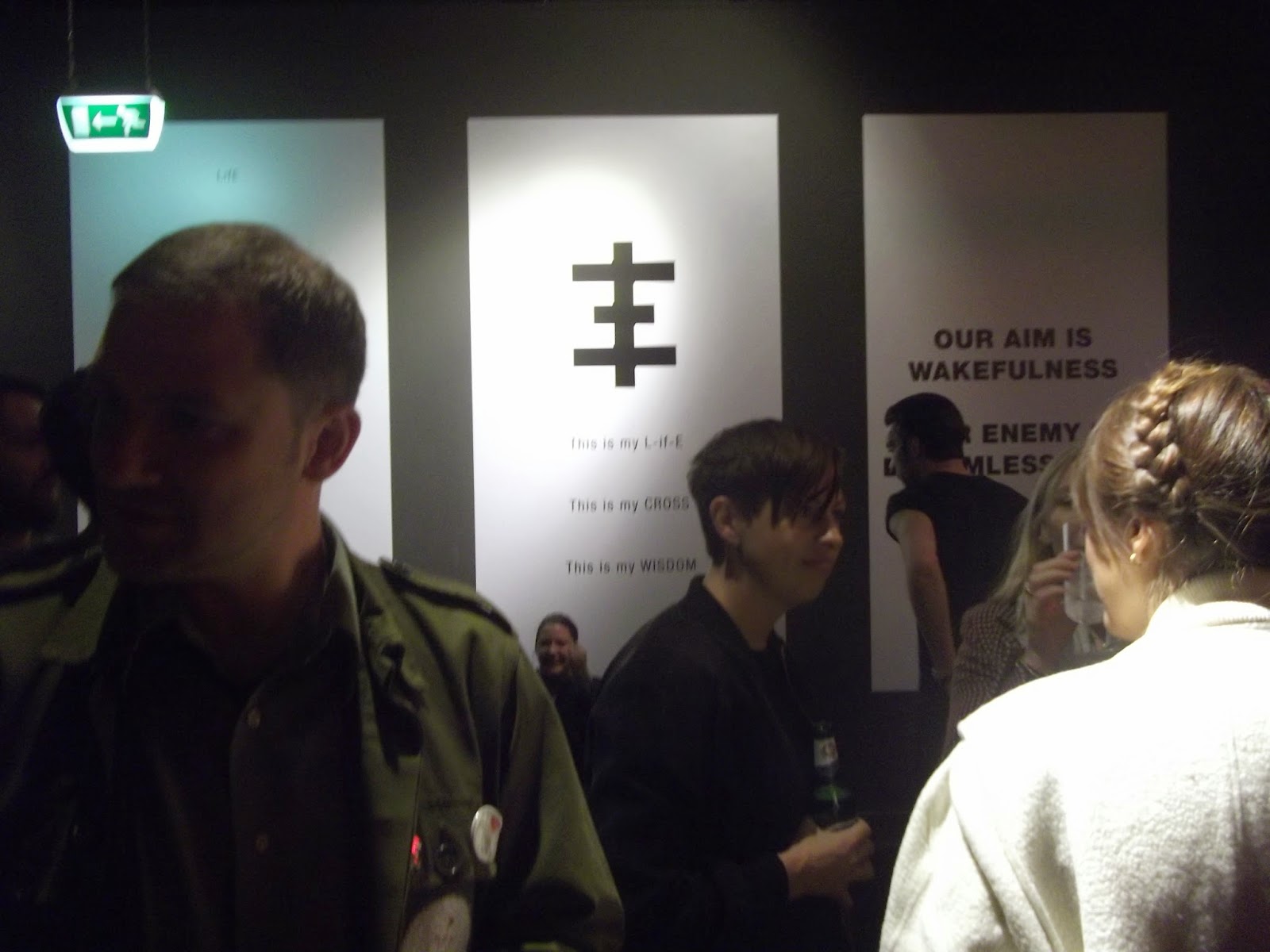 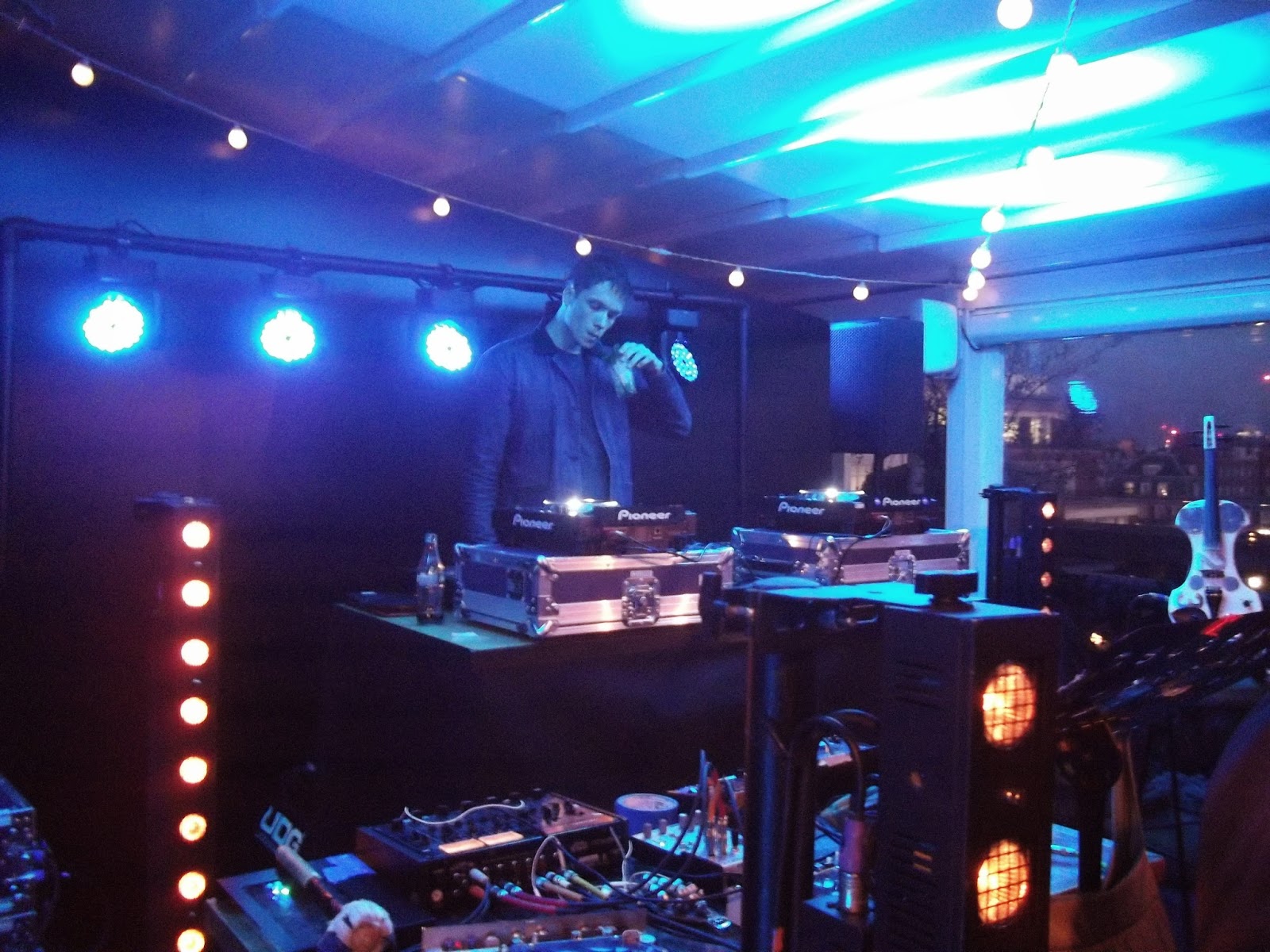 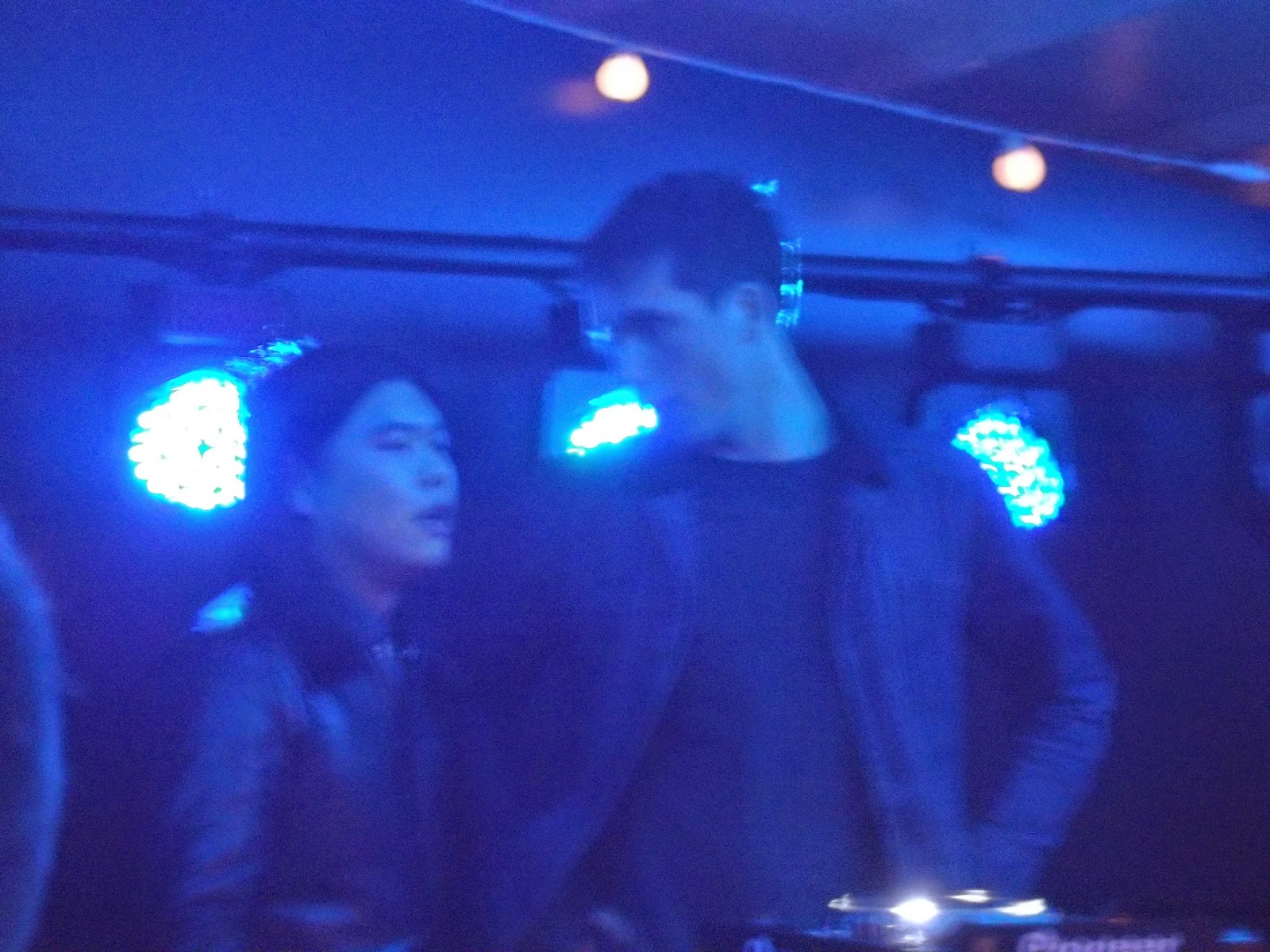 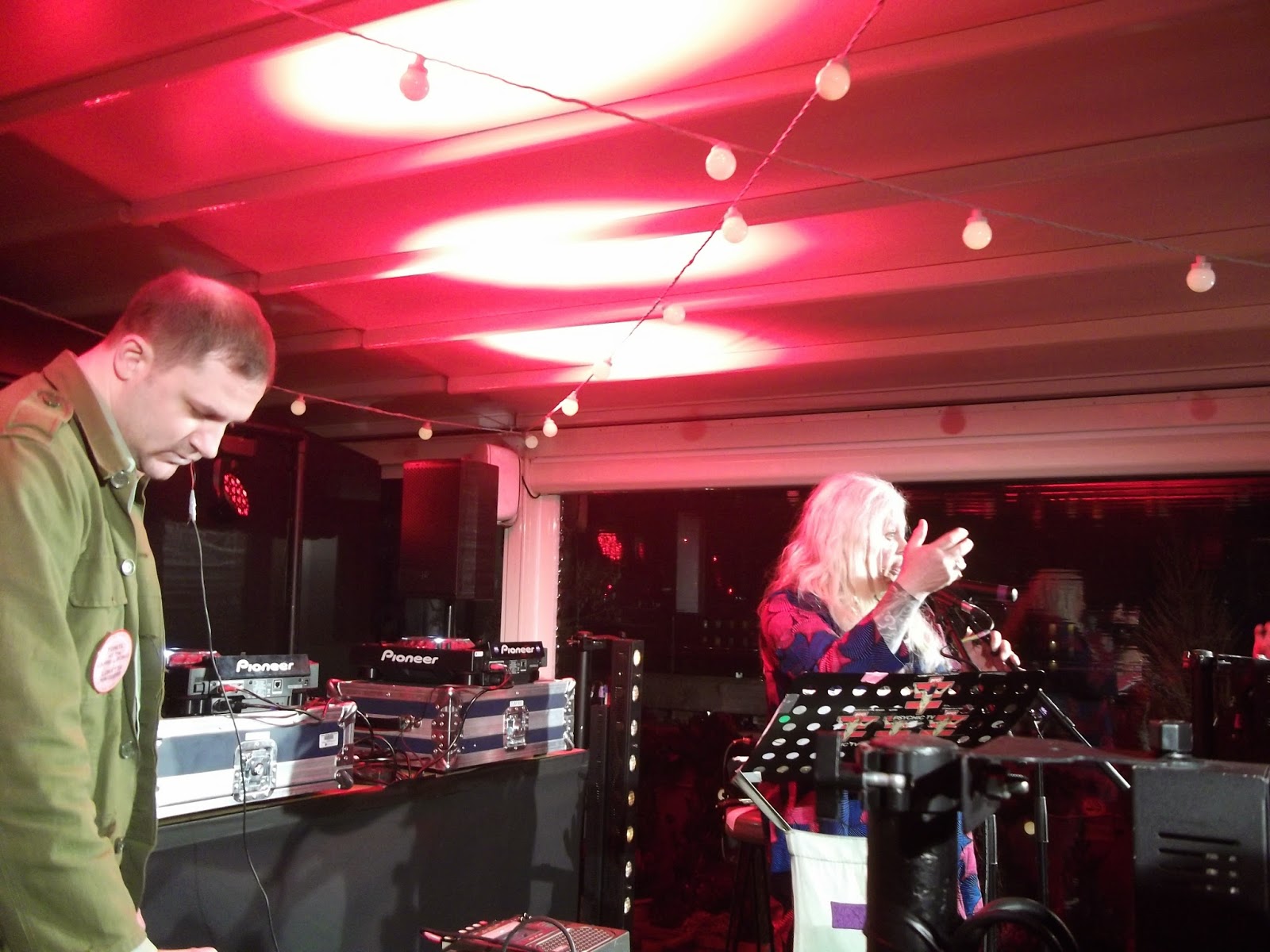 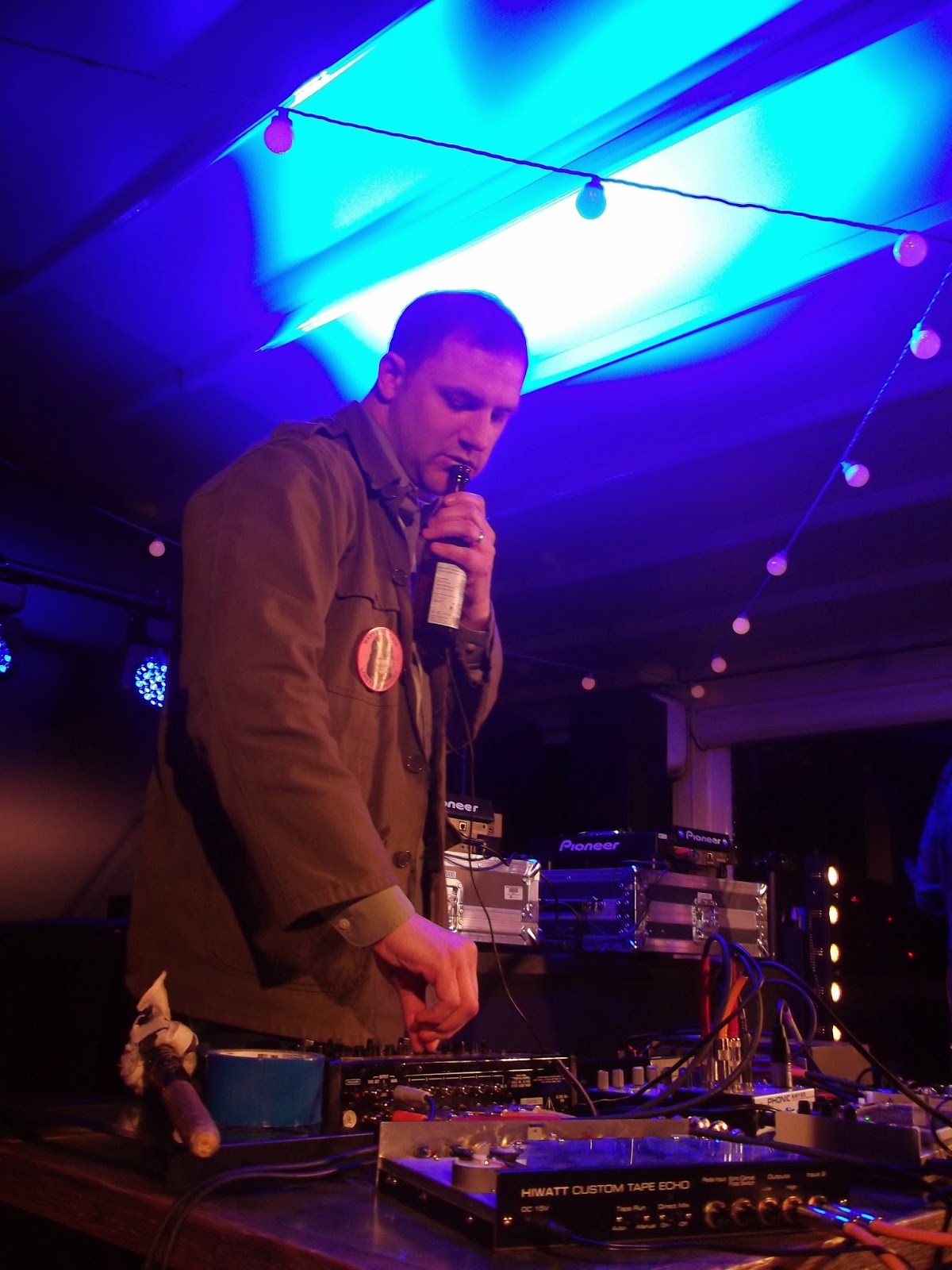 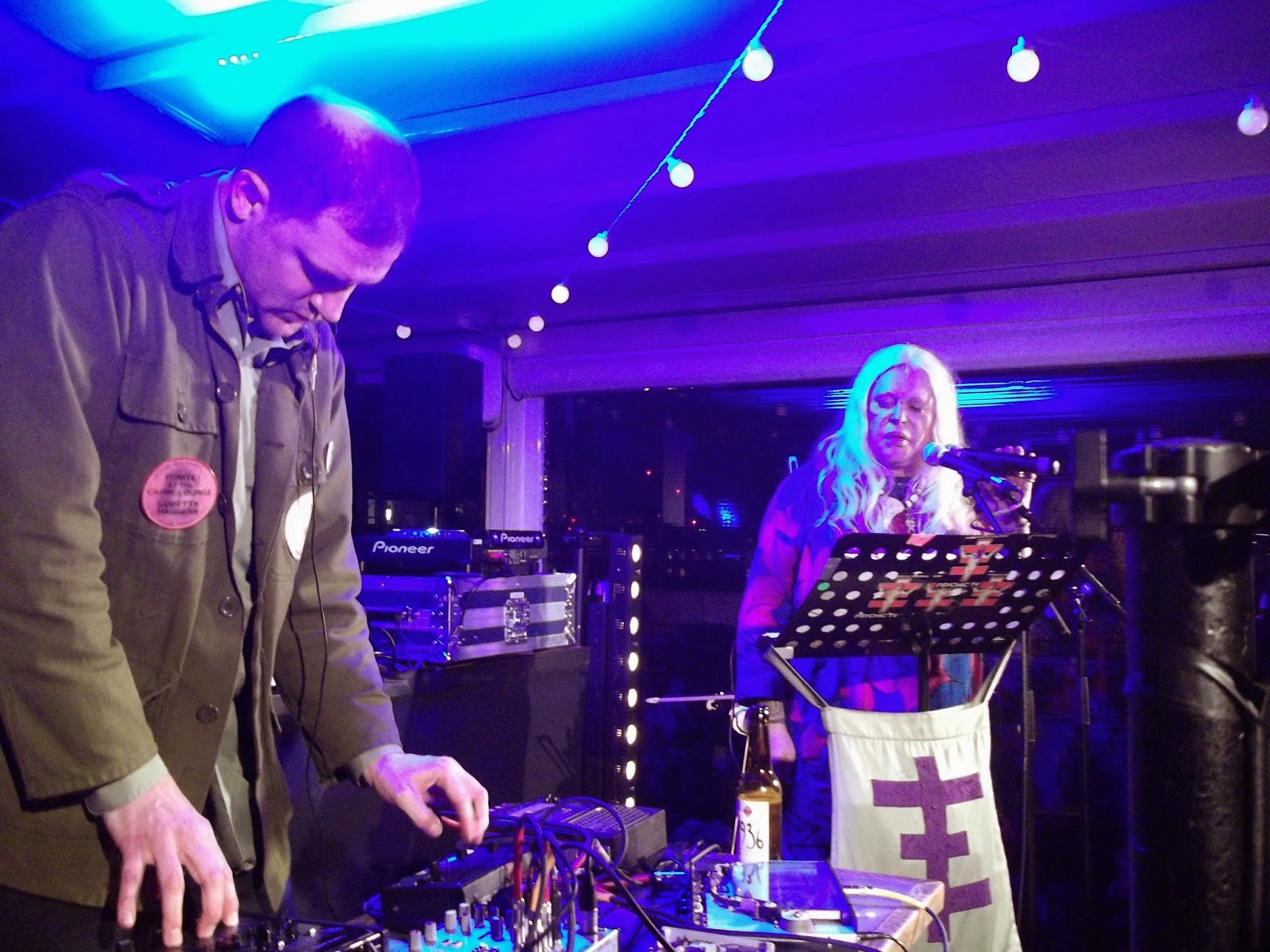 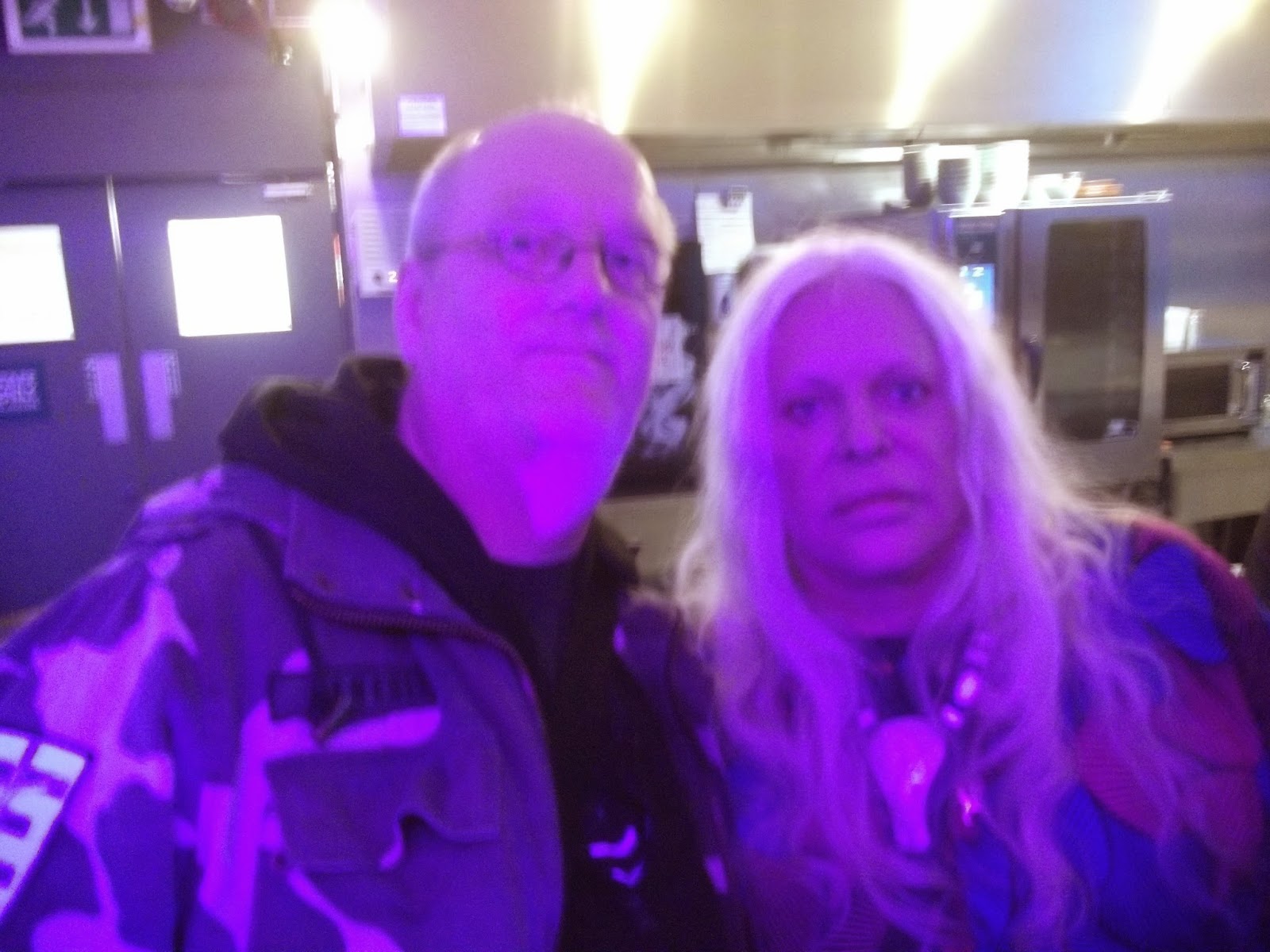 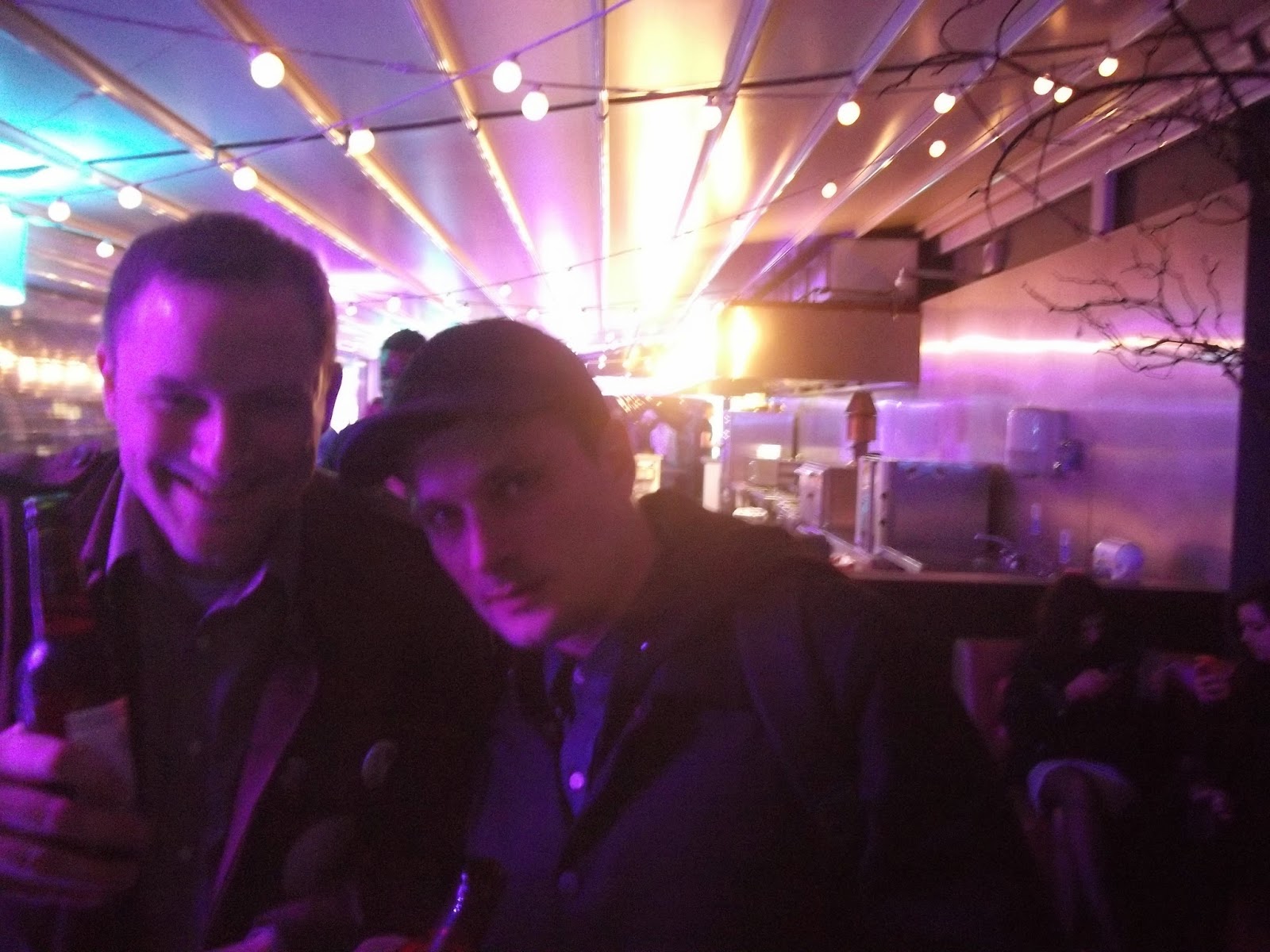 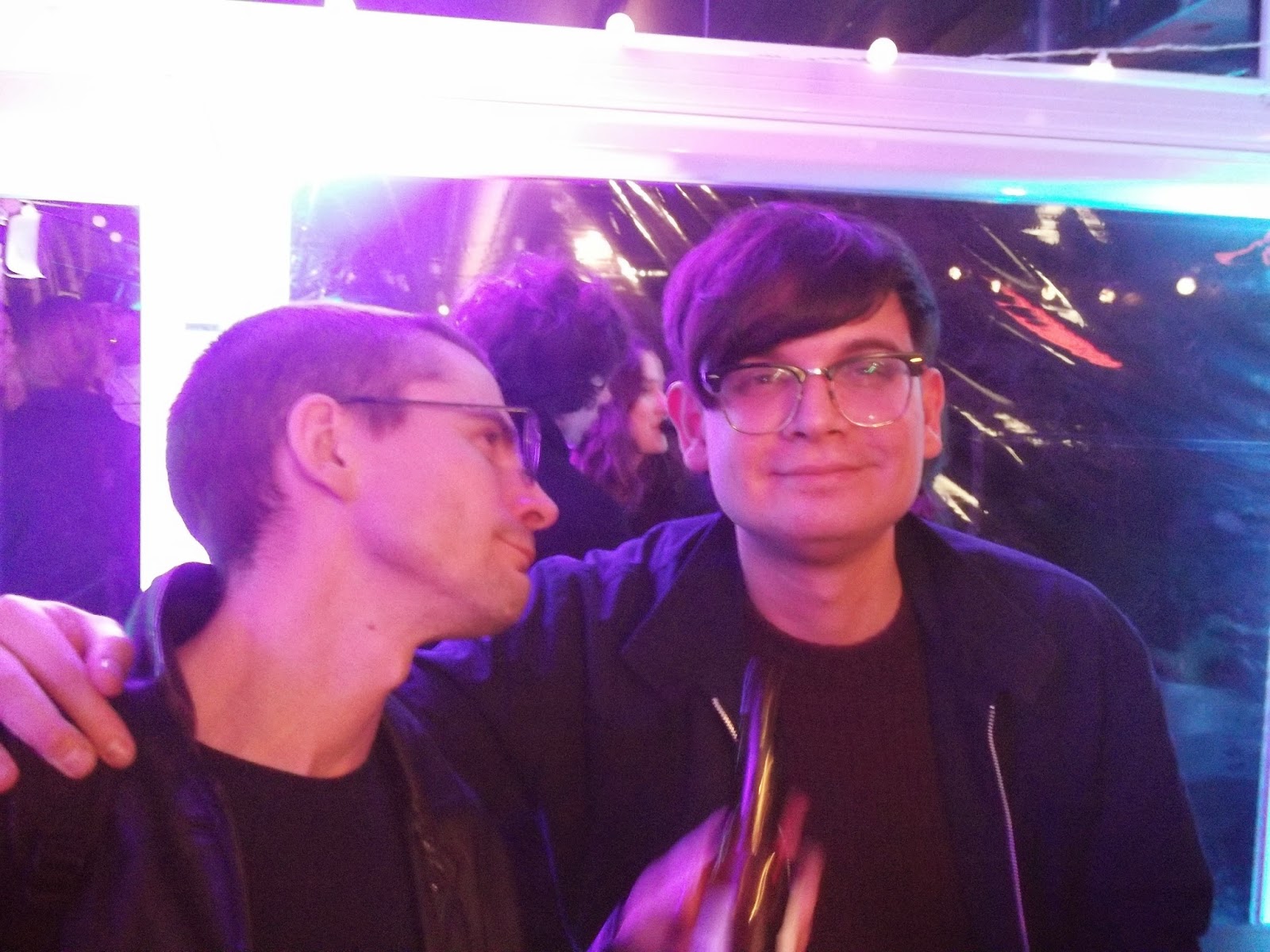 There was an evening, early doors of 1984 when I was invited down to the PSV Club in Hulme (Manchester). I say "invited down" as it was only down a flight of stairs as I was a resident in Charles Barry Crescent at the time .. anyway, my flatmate had been invited to join his Poly friend (Poly friend as in friend from Manchester Polytechnic Fine Arts Dept.) for a drink after rehearsing with his new band that included Pete Shelley and Derek Thompson. I "sort of" knew Derek as he used to place bass for SPK in 1983, so I came along. The evenings entertainment was provided by Thirst (Martin Brahmah's project post Blue Orchids), Eric Random and a dance troupe from Moss Side that (apparently) included a future member of Take That. Later on in the evening the table was joined by Tony Wilson and a guy who he had just interviewed on the telly - Bob Geldolf.
I tell of this because it was a slightly surreal situation (at the time) a bizarre event, and last week a similar thing happened whilst I was in London travelling downwards in a lift in Selfridges (London) with my good friend Simon and Aaron Dilloway, Genesis Breyer P-Orridge and the young Chinese fashion designer Yang Li.

I was there at the invite of Aaron. A rare UK performance, an improvised set with Genesis taking place inside the rooftop restaurant of Selfridges (London) called Le Chalet. Why? The evening was called "So Destroy The Expected" ("In celebration of agender - Selfridges' exploration into a genderless store experience").
First the evening started with a short edited showing of the film "The Ballad Of Genesis And Lady Jaye", inside a cinema situated in the Lower Ground level of Selfridges. It turns out that this is the new location of The Everyman Cinema. The last time I was at The Everyman Cinema (back to 1984) it was in Hampstead and showing a collection of Gysin & Burroughs short films and a live performance from Psychic TV. There was a short Q+A after the film where Yang Li and Gen talked about the collaboration, an exchange of slogans for T-Shirt designs and a Zippo Lighter (limited to 100 worldwide and available for £410 in the foyer). It was a light hearted Q+A but I was a little surprised to hear Gen say he had never thought about collaborating with "fashion designers" before meeting Yang Li. I was wearing a Mishka designed Psychic TV coat and the name Lawrence Dupre sprang to mind … Anyway, the  evening was about to get more bizarre as a lift attendant took myself, Simon, Aaron and the Nyoukis clan up to the rooftop for the performance.
Invite was limited, the first few to respond (RSVP) to a Twitter message on the Selfridges Twitter page got in for free. Wine, cocktails and Swiss bottled lager were all free and plentiful. Free bar! I picked the wrong month to be diagnosed with Type 2 Diabetes! The decor was akin to the "Cockhouse" I suffered at the Sleaford Mods gig in Lincoln a few days before - all faux Hawaiian Tiki and green camouflage. The stage was set at the end of a long corridor, not ideal but nobody seemed to be bothered as most were pissed as farts. The DJ, DJ Powell kept banging out Severed Heads tunes and everyone smiled and chatted - T'was great to see some old friends (none of whom I expected to be there) like Jo Oremus, Luke Younger, Johnny Scarr, Dale Cornish and Bill Kouligas.

Most of the audience were young (not their fault) and London trendy. Aaron built up looped walls, rhythmic pulsating looped walls with finely honed nuances and great deft sonic trickery. I watched for a while (close up) mesmerised by his table manners, and Gen's voice drifted across and above the celestial drones. Deep trance, heavenly joy. A bizarre and slightly surreal setting that, at the end of the evening, seemed just right.

And then the evening was over, the next day I was travelling back on the train to Devon and thinking back on the event - the elevator journeys, the cinema showing, the live gig on a rooftop overlooking Mayfair, the fact that this all took place in Selfridges it all seemed slightly surreal and very bizarre. For a night I was either "part of" or "not in" my world …