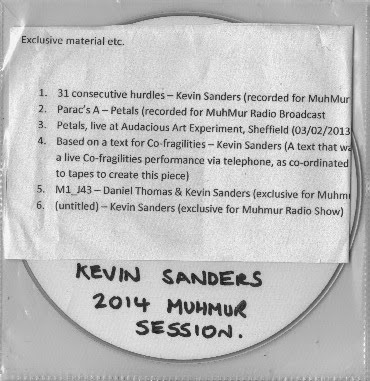 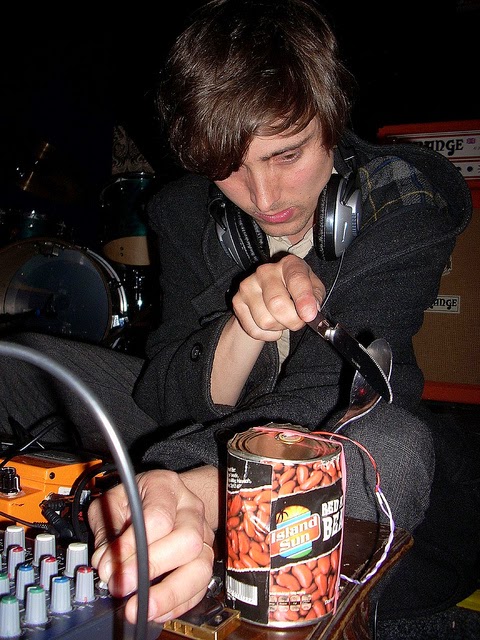 Sorry for the delay in uploading this information.
Tonights programme featured four exclusive pieces from Kevin Sanders. Kevin is the master behind Petals as well as a brace of fine CDR releases with Daniel Thomas. Also in the mix is the T.S.T. track (a collaboration with Sanders, Thomas and Ap Martlett from Leeds based label Kirkstall Dark Matters) and an unreleased live piece "Co-Fragilities" where Kevin works with artist Adam Denton via a telephone. Fascinating stuff. Kevin is based in Bath and operates the label Hairdryer Excommunications. http://hairdryerexcommunication.wordpress.com - Also in the programme was a tune from The Urinals who are playing at the Harbinger Soundclash II in Belgium later this year.
Copy & Paste : http://www.mixcloud.com/muhsteve/muhmur-soundart-radio-broadcast-24072014/

Thanks for listening. The next MuhMur Radio broadcast should be on August 7, but seeing as i am having an operation on August 4 I don't know whether or not it will happen. Please keep an eye on the MuhMur Radio Facebook page for updates.
(I forgot to take a camera to the studio)!