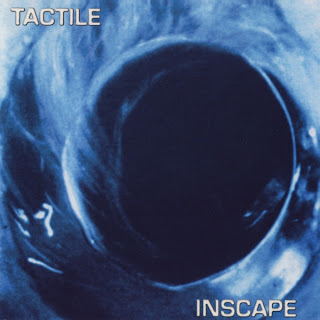 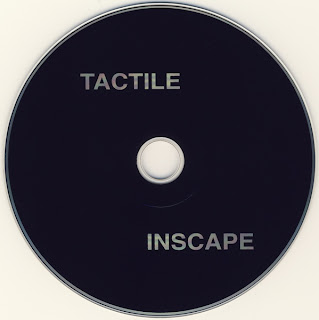 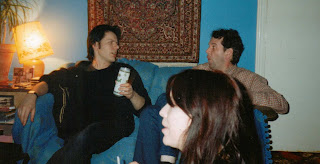 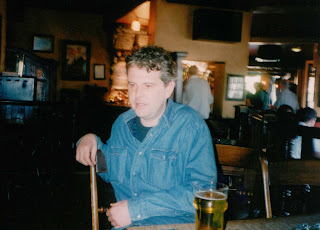 I have been in correspondence with a friend in Sweden over the past few weeks, a discussion started about the Manchester based band Tools You Can Trust and it somehow (via Soviet France) brought up the topic of Nottingham based group Tactile, so I dug out my Tactile CD's (all two of them) and gave them a listen.
Although very good and not at all dated Tactile's sound comes from a very different time. Music in the early 1990's was all over the place with new genres and niches being created on a monthly basis. "Ambient" was a buzz word, a marketable sound and could be prefixed by words like "Dark" and "Experimental" and "Organic" by the marketeers. Virgin came along, trying to capture the underground zeitgeist and brought us "Isolationism". The Wire Magazine (turn round three times and spit) helped create the sound...there was K.K. Null, Lull, Total, Zoviet*France, E.A.R., Aphex Twin, Final and a bunch of others.
Although not featured on the "Isolationism" CD Tactile fitted perfectly into this genre. John Everall (head Tactile honcho) had already released the album "Pathogenesis" as Multicide on the D.O.R. label in 1993, and before that was a member of Hole - the band who were on Eyas Media. not Courtney Love's bunch.
"Inscape" was released in 1996 on John's own Sentrax Corporation label. At this time Tactile were John, Teresa Mills and Dael Walker. The sound is minimal but strangely unnerving - Tactile on "Inscape" is not a passive sound, electronic throbs and pulses create a foreboding floor whilst an electronic equivalent of escaping gas / scotch mist floats around the room. There are 5 tracks on the album but they could quite of easily been one long soundtrack. "Inscape" is an overlooked classic. 1997 brought about "Recurrence And Intervention" (on Rawkus). Here we have projects such as Coil, Eyeless In Gaza, Zoviet*France, Scorn and James Plotkin remix the "Inscape" album. It is a nice idea with some pretty good names but the album doesn't quite work for me. The "remixers" impose their sound too much leaving Tactile way too low down in the sound. Two more albums followed; "Borderlands" & "Bipolar Explorer" but I haven't heard them. I saw Tactile live in Nottingham in 1997 supporting Silver Apples (we share something in common), they had Karl Blake guesting on guitar but it didn't really work out. I was given a mixing desk copy of their gig at the Fylkingen in Stockholm for possible CDr release on the shortly lived Mouth Label, but finance problems got in the way.

Back in the 1990's I got to know John a little. I met him through Teresa, I enjoyed their company and they both helped me out when I became homeless in 1997. Fond memories of evenings drinking ourselves blind and talking complete and utter bollocks.
My Swedish friend is going to mail me a copy of Minimal Self "Formula Of Reversal" CD, John's 2004 album - I am looking forward.