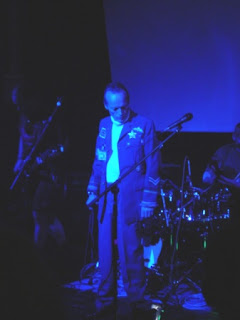 Very sad to learn about the death of Larry Cassady today. Section 25 are one of my favourite bands of all time. Their records are still highly relevant in my life today.
I saw them on many occassions as they played the triangle of Retford, Nottingham and Sheffield often in the late 1970's - early 1980's. My favourite SXXV gig being when they supported A Certain Ratio at Nottingham Rock City and played tracks from the first album. The final time I got to see them they had expanded from a three piece to a five or six piece! 1984 at the Hacienda in Manchester.
I shall now go and play "Charnel Ground".
Posted by Steve at 17:30