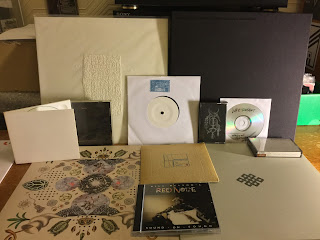 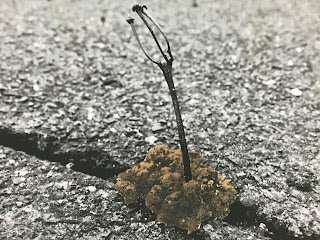 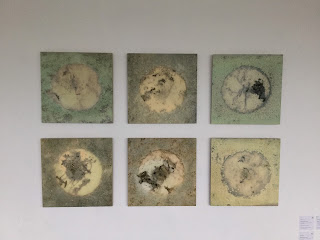 Back after 4 weeks! Thanks to all who came along and supported the Steve Ignorant's Slice Of Life gig at Exeter Phoenix on the 13th. Much appreciated.
Springtime walk to the radio station, birds singing along the River Dart, the aroma of wild garlic drifting from the ancient woodland … beautiful.
This programme features a 47 minute live piece from Wax Infant. Recorded in November 1995 at the International Bureau Of Recordist Investigation on Ossington Avenue, Toronto. Wax Infant were Jim DeJong (Chronic Remorse / Infant Cycle) + William A. Davison (Six Heads / Phycus / The Bim Prongs). They released a tape on William's Disembraining Songs label in 1994, then did a series of Window performances. The piece here is an extract from "Window Performance #3" and improvised performance that saw Jim on "Feedback Machine" & Tapes and William on Casio SK-1, Microphones, Toys and Tapes. This is the first time the recording has been heard outside the I.B.R.I.
Also played some tracks by Mika Vainio. I heard of Mika's passing on the night of the Steve Ignorant gig. I have known of Mika and his work since the late 1980's when he was a pen/tape pal with my old friend Dave. We exchanged tapes, he and Ilpo were great supporters of Dieter Müh. Encouraging and promoting. Early Müh recordings were featured as part of a Sähkō Radio Installation back in 1983. I have an old TDK marked "Demos 1992. Helsinki" that Mika sent … I don't know if any tracks saw the light of day, if the track I play sounds familiar then please let me know …
Also slipped in a track from X-TG because over the past 2 weeks I have been reading the Cosey Fanni Tutti autobiography. It's quite a fun read - unputdownable …
Please take a listen: (Copy & Paste).
https://www.mixcloud.com/muhsteve/muhmur-radio-soundart-radio-broadcast-27042017/

Interesting exhibition at Dartington Space Studio at the moment. Work by London based artist Myka Baum is really attractive. "Worm Series". I have included a couple of pictures. (above).

Next programme is May 11.