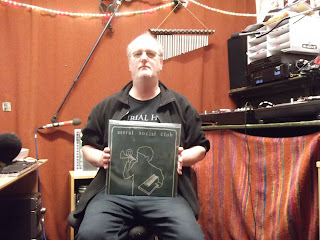 Last nights programme was a Neil Campbell special, including a 20 minute piece compiled especially for the show. There were a few minor hiccups, the programme before mine over ran by a few minutes so those who tuned in at nine expecting some astral social madness got some Barclay James Rapist type soft-rock ... still, if you stuck with it ... thanks, the mixcloud download misses all these shennanigans and is available at :
**** www.mixcloud.com/muhsteve/a-bowl-of-campbells-soup/ *****
Vice Versa were the classics from the new wave era (regular item) and I got to play a side of the "1980: The First Fifteen Minutes" EP at the end as Dave (the engineer) had laptop problems and was behind in loading the next programme.
Next programme is on March 21st.