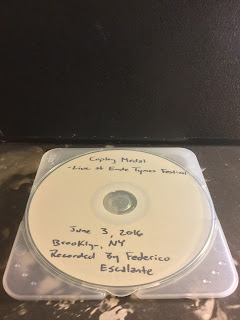 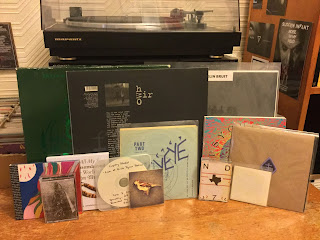 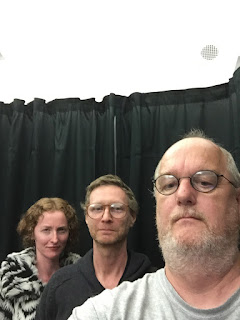 This broadcast features an exclusive playing of the Copley Medal performance at Ende Tymes Festival, New York on June 3 this year. Copley Medal is the solo project of Dais Records manager Ryan Martin. (The great US label that keeps putting out classic vinyl by Deviation Social + Coum Transmissions). Ryan also used to run Robert & Leopold, a bijou CDr & tape label. In the past Ryan has recorded and released as On A Clear Day and York Factory Complaint.
This live performance was captured by Frederico Escalante.
Also in the mix is a little "tribute" to my old friend John Murphy with 2 tracks, one by Lost Dominion Lost (From the compilation LP "Berlin Bruit") and the Zye Ye Ye single put out by Le Rey Records in 1981. An often overlooked project, which sounds like John caught some studio downtime whilst recording with Shriekback.
The Andre Stitt track comes from an old compilation tape on Texan label ND. ND#7 was an audio edition of the mail art/performance art/sound magazine.

I have put up a picture of the stuff I play, a lot of folk ask if I am playing the actual record / CD etc or playing downloaded files …. Let me state : I never play files.

Next programme is on July 21 and will feature some rare sounds from Modelbau.