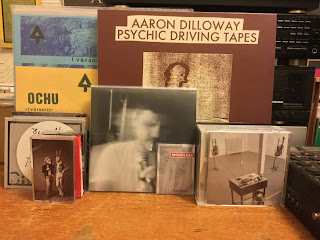 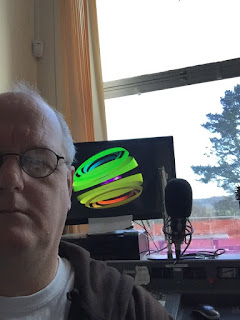 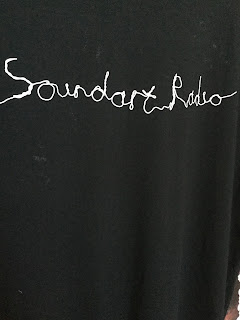 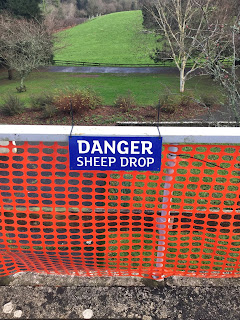 Time for the third annual MuhMur Radio festive season special. The "Holiday Handbag" as it will now be known. This time I decided to fill the four hours with some favourite releases from 2015, tracks that didn't make it to the regular two hour Thursday night playlist through one reason or another.
One of my favourite listens of 2015 was The Conet Project 5xCD "Recordings Of Shortwave Numbers Stations" that was released in 1997, but I only got to hear it for the first time last year, and The Hare & The Moon "Crazy Man Michael" is from the 2014 tape release "The Grey Malkin" but again, I only got it through the post last year and has been a regular listen hear at Hartop Towers.
The track by Neil Campbell is from an album called "Blues For Sadneck" and is to be released in 2016. The Edward Sol track "Snake-Masked Brides" is an unmastered version of the track that will appear later in 2016 on an album called "Family Nails". The album is being mastered by Jason Lescalleet.

A big thank you to all the projects and artists that have provided "exclusive material" for  MuhMur Radio in 2015 and those who have sent material for playing / review. All appreciated.
The archive has been split in to two parts for easy listening, with the split being "NNN" by The Conet Project. Please copy & paste.
Part One : https://www.mixcloud.com/muhsteve/mhmur-radio-soundart-radio-festive-feast-part-1/
Part Two : https://www.mixcloud.com/muhsteve/muhmur-radio-soundart-radio-festive-feast-part-two/

The next MuhMur Radio will be on Thursday 7 January at the regular time of 20:00 hours (gmt), and will be a Sudden Infant "special".

Pictures:
01: Playlist.
02: Studio Selfie.
03: Soundart Radio T-Shirts are available!
04: A sign that has appeared outside the studio. Instruction or warning?