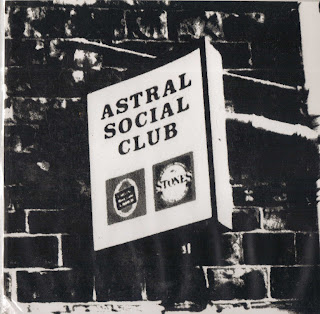 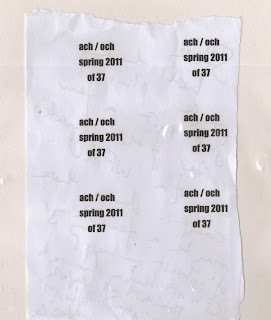 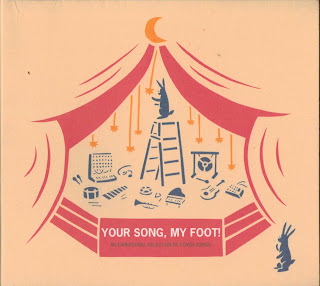 On Monday a package arrived from darkest Mirfield, or Wakefield 14 as I like to call it, and its contents have not been out of the hi-fi system since.
I was reading the blog of Idwal Fisher at the weekend (for those not aware of the work and writing of Idwal please go to www.idwalfisher.blogspot.com) where he mentioned the releases of Hyster Tapes and how he loves it when artists release what is probably their best material on independent labels and in very limited quantities. He brought up Dieter Muh's "Doin' It Dresden Style" tape which was limited to 50 copies and Hyster Tapes first release. I agree with Idwal - about the fine gems being released and almost immediately destined for the obscurity vaults not about "Doin' It Dresden Style" being one of my "better" releases...good, but there is better. (It serves nice as document). Last year Astral Social Club released the C30 cassette "Capitals Collapsed" on the American Neon Blossom label. Limited to 50 copies it is one of my favourite ASC releases and certainly one of his best.
This month sees the release of "Ach/Och" a C30 cassette on the (I imagine) Astral Social Club label. Packaged like a 7" single, there is no catalogue number - there is no information. (A trend I hope soon to end)! Produced to be sold at some upcoming Astral Social Club live shows, but also available through the ASC web page - http://astralsocialclub.wordpress.com/ - priced at £3.00.
"Ach" is a 15 minute piece that cuts straight in - very fast, highly rhythmic and pulsalamic (I just made that word up) it sounds like Eddie "Fingers" Froese, Focus and Didier Marouani all cut up and spliced through various effects before a Chris Carter sequencer takes over and independent head movement becomes a must. Fine Astral Social Club. "Och" has more of an easy listening "vibe" to it - maybe Neil is sampling James Last or Walter Carlos? Moments remind me of Putrefier circa "Simulated Vapours".
This tape (or Cassingle as Neil calls it) is limited to 37 only. Buy now to avoid disappointment.

Also in the package was the CD "Your Song, My Foot" where artists such as Steve Roden, Doo-Dooettes, If. Bwana, Volcano & The Bear, Jowe Head and Astral Social Club amongst others cover songs they loved in their youth. It is an amazing album. Steve Roden performing Bauhaus's "Bela Lugosi's Dead" on banjo, and Volcano & The Bear producing a nightmare out of Ultravox's "Vienna" are compulsive as they are works of bloody genius. I don't think I can listen to Bauhaus's original again. Simon Joyner sings "After The Gold Rush" with such passion and heart it supercedes the original like Devo did to the Stone's "Satisfaction". Astral Social Club provide a Dead C song called "Sky", but I am none the wiser being a Dead C virgin. Ashtray Navigation's "Ride A White Swan" that follows though is another gem! To own a copy of (probably) the best (album) release of the year so far go to www.wfmu.org